This week we’ve seen the Galaxy S III, an assurance that it’ll be coming to the USA with LTE and HSPA+ iterations, and now a “leaked” list of carriers ala Samsung themselves. This last of three bits comes from the Samsung Galaxy S III product information sign-up sheet which has since we first saw it had such a section removed. The page now shows the same information sans carriers where earlier today the following were listed as possibilities for future customers: AT&T, C Spire Wireless, Metro PCS, T-Mobile, US Cellular, and Verizon.

The best and most well-known carrier not on the list above is Cricket, with several other carriers missing as well. This product page is similar to past product pages for items like the Galaxy Nexus and the Galaxy S II, both of which have turned out to have similar (if not identical) carrier sets as those listed in this style. Now that the news has broken in forums and via the Twittersphere, it’s quite possible that Samsung has taken this portion of the page out on purpose. 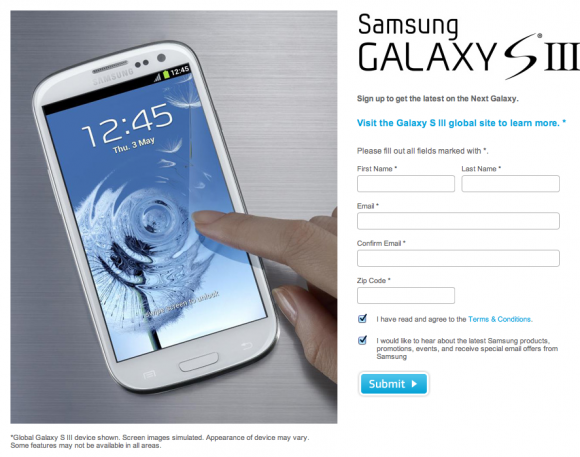