In just over a week from today, users will be able to get the “Next Big Thing”, aka the Galaxy S III, from Samsung through their favorite 4G LTE toting network Verizon Wireless here in the USA. This device will be mainly the same Galaxy S III we’ve seen several times before, but this time coming with Verizon’s ultra-fast network for data. Have a peek at the rest of the specifications for this beast below right alongside the most updated pricing released today. 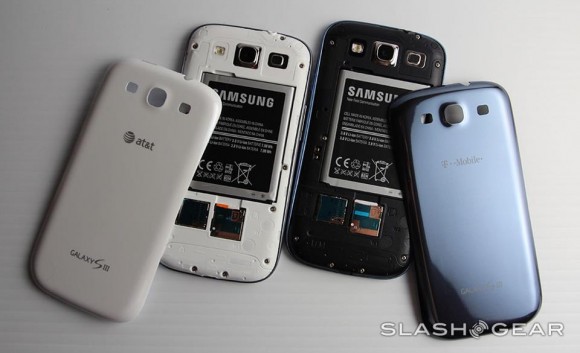 The Samsung Galaxy S III is a unique device for Samsung in that it’s essentially identical no matter where you pick one up with whatever carrier you desire, and is also available on five major networks here in the USA at once. This smartphone has a 1.5GHz dual-core Qualcomm Snapdragon S4 processor and 2GB of ram for ultra-powerful handheld computing. It’s also got S-Beam, a feature only on the Galaxy S III for now but spreading to Samsung devices galore in the near future.

Have a peek at our reviews of each of the iterations of the Galaxy S III right now in the timeline below and go line up at Verizon for your device immediately!