A Samsung Galaxy Mega 6.3 stopped a bullet this week as a man had a friendly disagreement with another citizen in the streets of Xinfeng Township, Hsinchu County, Taiwan*. The altercation involved a wallet being dropped by the first man, the second man picking it up for him and joking about spending his cash, the first man pulling a gun, and the second man pulling a knife.

*NOTE: The original article suggested that this event occurred in Xinjiang, China – instead, it occurred in Xinfeng Township, Hsinchu County, Taiwan. We thank Josh from @FarWestChina for catching this mistake in translation!

Word comes from Apple Daily in China where they’ve picked up the images you see below. The bullet is said to have been shot just 2-3 meters away from its target, making the fact that the second many survived no less than a real dodge of the odds. 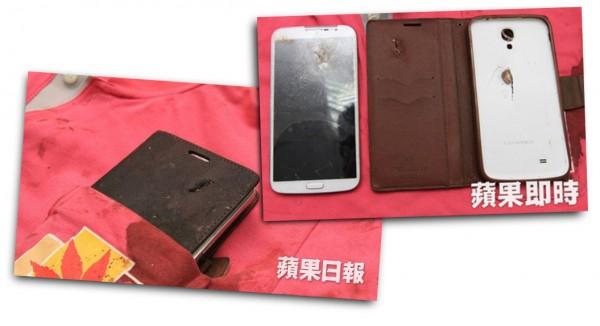 Here’s how the event went down:

A. Man 1 drops wallet in snack shop.
B. Man 2 picks up wallet.
C. Man 2 hands wallet back to Man 1, playfully teasing that he’ll just keep the money to buy liquor.
D. Man 1 attacks Man 2, the men scuffle in the shop.
E. Friends / associates break up the fight, only to see the two men leave the shop to continue – Apple Daily goes so far as to suggest the men exited the shop to finish the fight because they both felt the need to see who the winner would be.
F. Man 2 pulls knife*.
G. Man 1 pulls gun.
H. Man 2 instinctively puts hand up to block incoming bullet as Man 1 fires. Bullet blasts through part of man’s arm (breaking flesh, but not bone), and continues through toward body, being blocked then by his Galaxy Mega 6.3 which he had resting in his shirt pocket.
I. Passers-by take Man 2 to hospital, while Man 1 turns himself in to the police.

*NOTE: We’ve seen a couple publications suggest that Man 2 pulled a “sickle”, not a knife. Depending on how you interpret the sentence, it was one or the other. We’re just going to go ahead and confirm it was something sharp. 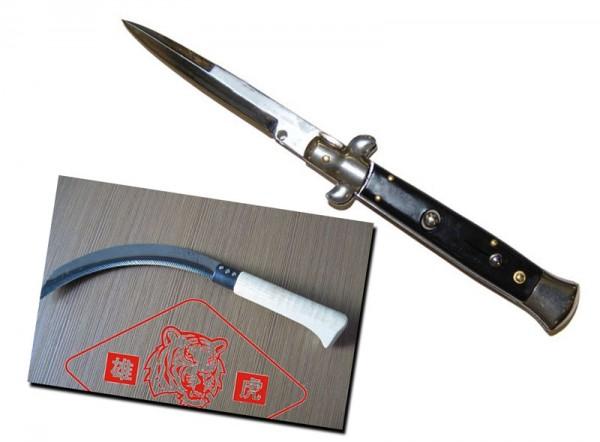 The lesson here may not be that you should carry a hardcore smartphone wherever you go, but rather to be careful who you joke with. Also – supposing you’re going to visit the Xinjiang region of China in the near future, it may be better to let falling wallets lie.