Today the Samsung Galaxy Note 5 has been revealed with a launch date of August 21st, 2015. Preorders for this device will begin this afternoon, starting at 3PM EDT (here on August 13th, 2015). This device will be released at the same time as the Samsung Galaxy S6 Edge Plus (or Edge+ if you prefer) to retailers worldwide. Inside the USA, the Galaxy S6 Edge Plus and Note 5 will both be available in “Black Sapphire”, while the Edge Plus will come in Gold Platinum and the Note 5 will come in White Pearl.

Both the S6 Edge Plus and the Note 5 will be available in the United States in the colors listed above in both 32GB and 64GB internal storage options. These devices will be carried by Verizon, AT&T, Sprint, T-Mobile, and U.S. Cellular within the next few months.

The Note 5 and the S6 Edge Plus will be available from Samsung Experience Shops at Best Buy as well as a number of other retailers across the United States, including Target, Sam’s Club, Costco, and both Amazon and Best Buy online.

Retail locations will begin to have the device in-store for hands-on experiences as early as tomorrow – they wont be for sale tomorrow, but you’ll be able to check them out up close and personal.

We’ll have reviews of both of these large smartphones here on SlashGear soon!

Pricing for the 64GB variant of the Samsung Galaxy Note 5 with AT&T will be as follows:

AT&T Pricing for the Galaxy Note 5’s 32GB edition will be as follows:

For the Galaxy S6 Edge Plus, variants will be priced as follows:

Watch the gallery below for additional pricing as prices appear from all carriers. 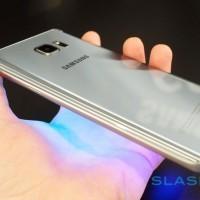 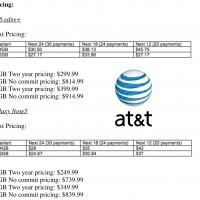 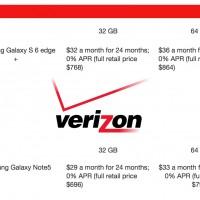