Fujifilm has a new mirrorless digital camera, and if you insist on style and extreme-portability to go along with your pocket-friendly shooting, the Fujifilm X-E4 may fit the bill. Latest in the X Series, it pairs retro looks with Fujifilm’s latest 4th generation 26.1-megapixel X-Trans CMOS 4 sensor.

That’s the same sensor as found in well-received models like the X-T, X-Pro3, and X-S10, and it’s paired here with the X-Processor 4. The result, Fujifilm says, is that the X-E4 can get an AF lock in 0.02 seconds courtesy of its on-sensor phase detection pixels.

AF tracking is included too, with Face and Eye Detection AF modes. It’ll also work in low light, the company says, up to -7.0 EV – or near-darkness – though exactly how proficient it is will also depend on the lens attached. The X-E4 can shoot full-resolution stills at 8 fps with the mechanical shutter, 20 fps with the electronic shutter, or at 30 fps with both the electronic shutter and a 1.25x crop.

The body uses a magnesium top panel, and weighs in at around 364 grams making it the lightest of the X-Trans 4 models so far. It measures in at 121.3 x 72.9 x 32.7 mm, making it the physically smallest in that club, too. On the back there’s a tilting 3-inch LCD screen that can flip up 180-degrees for selfies. WiFi and Bluetooth are baked in, and there’s a 3.5mm microphone jack and 2.5mm remote port. 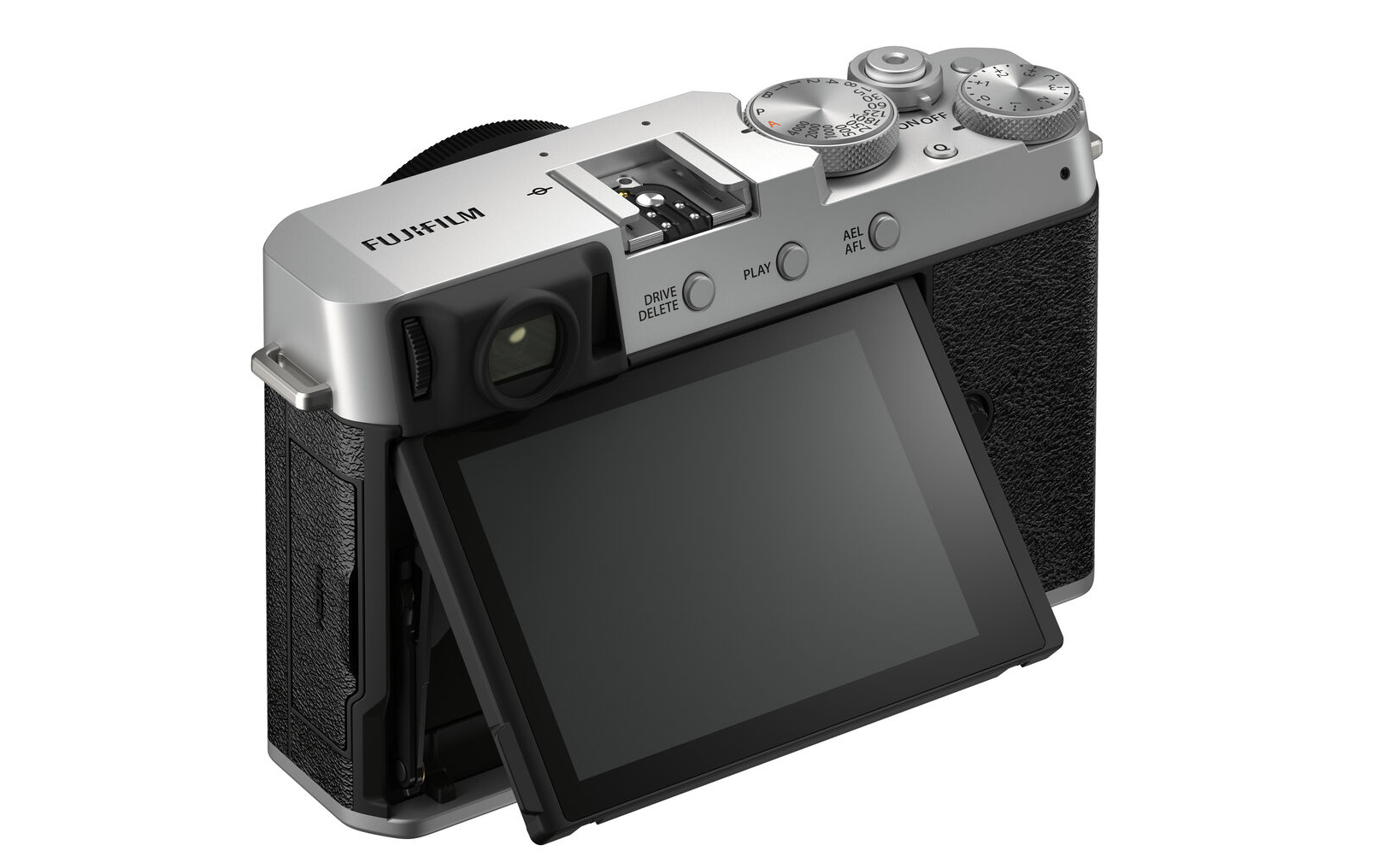 On the top, there’s a dedicated shutter speed dial, which now features a Program (P) position. Set there, the X-E4 will automatically pick the right shutter speed and aperture settings. Gone is the X-E3’s rear dial, with its functionality moved to the front dial on the X-E4; Fujifilm says that’s to give more space for your thumb when you’re holding the camera. 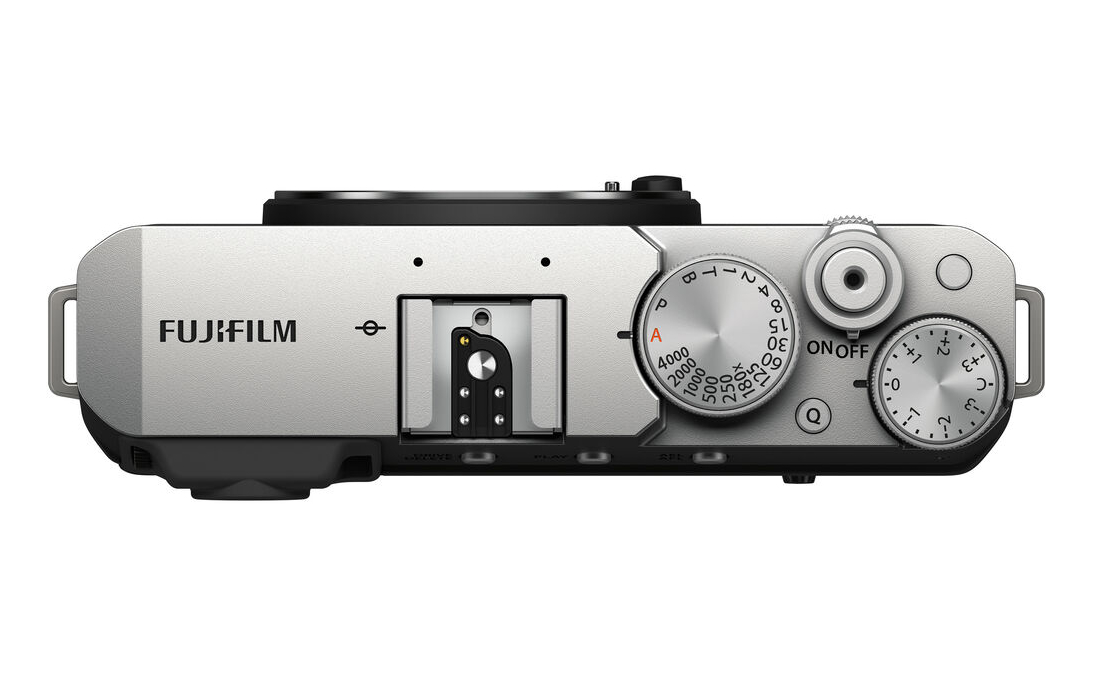 Fujifilm has preloaded its Film Simulation system, with 18 different modes that replicate the look of classic film. That’s all processed in-camera, with the results available to preview on both the LCD and in the electronic viewfinder. 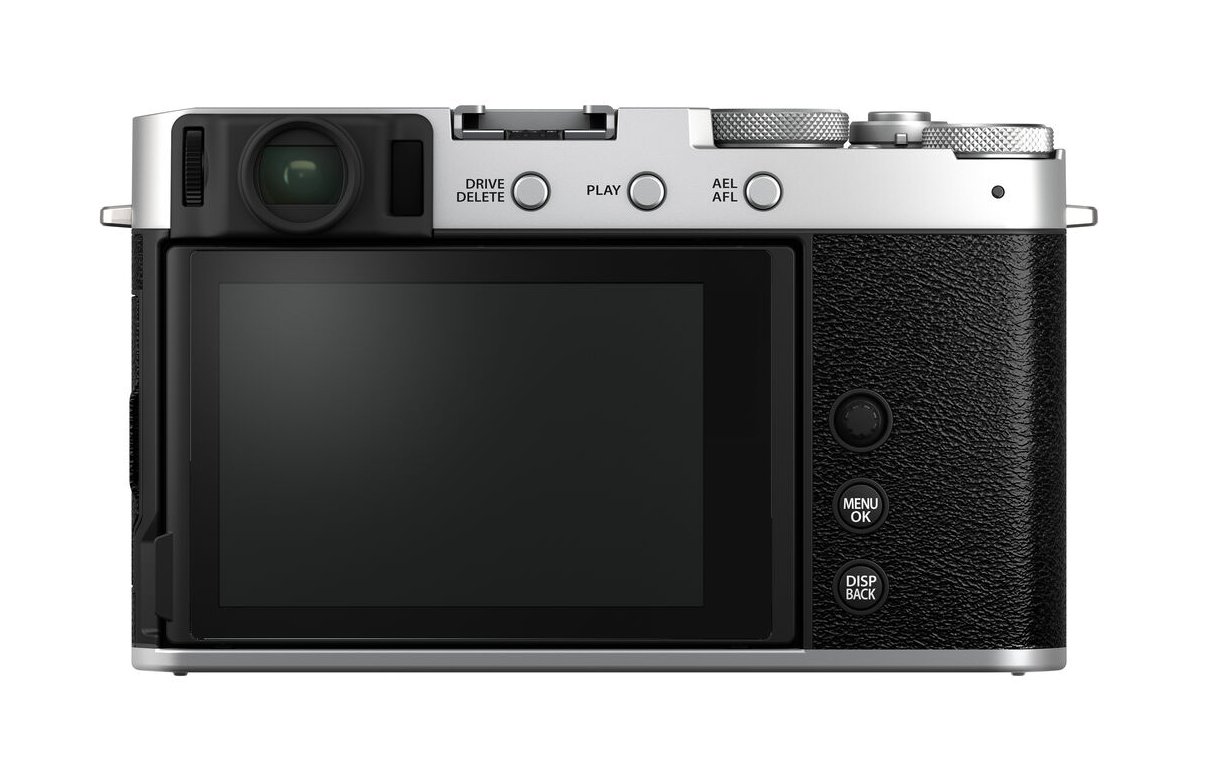 As for accessories, there’ll be a specially-designed leather case – which still allows access to the battery compartment – along with a metal hand grip that also still ensures battery and SD access. A thumb-rest in metal and rubber will also be offered, with two versions to match both the black and silver X-E4 finishes available. 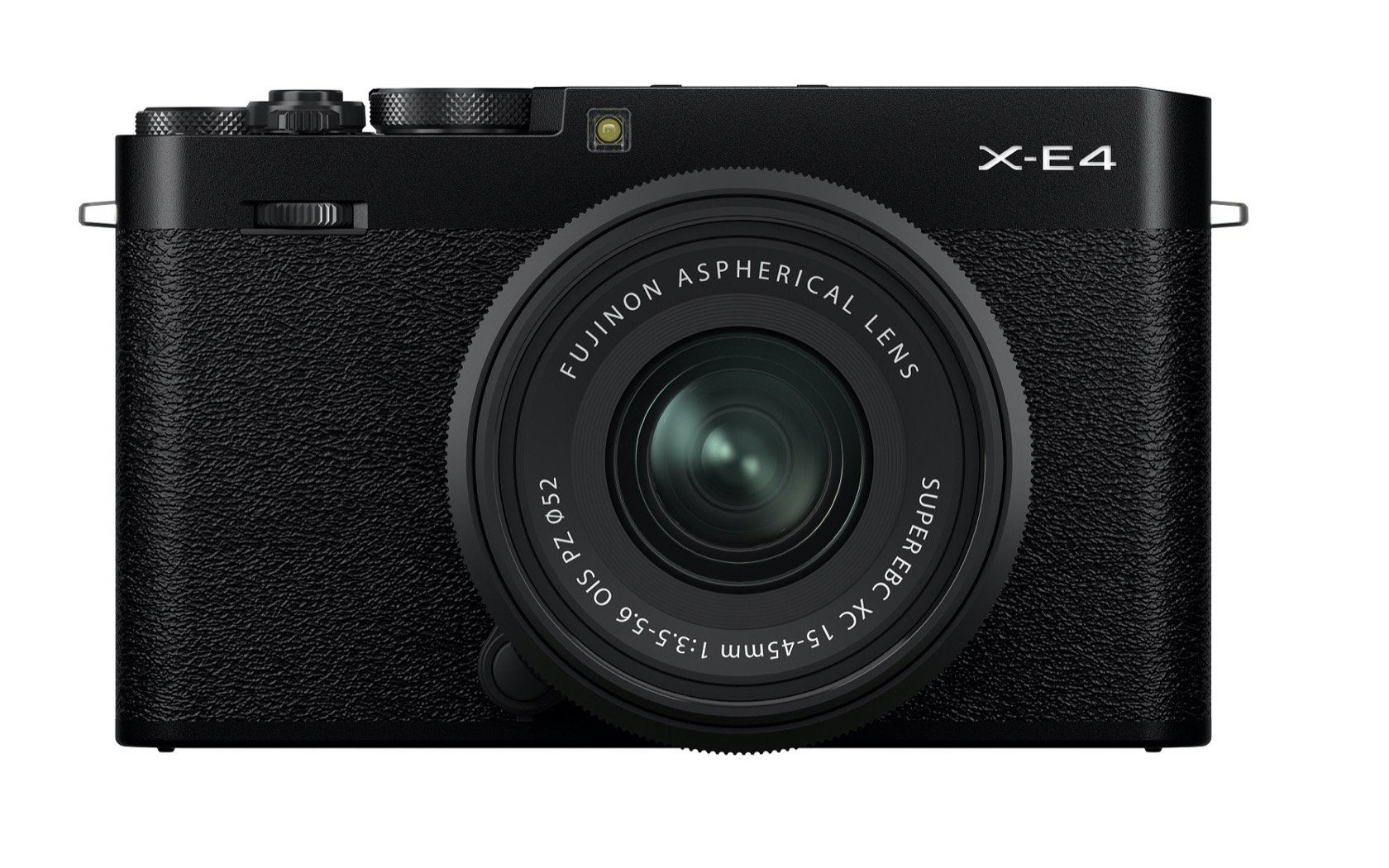