Fujifilm is combining the image potential of a large format camera with the flexibility of mirrorless, with the new Fujifilm GFX100 packing a whopping 102-megapixels. Slotting in as the flagship of the camera company’s line-up, the GFX100 boasts a sensor that’s larger than you’d find on a full-frame, 35mm format camera.

Indeed, Fujifilm worked on a whole new sensor to power its high-end camera. Back-illuminated, the new 102MP CMOS is combined with the company’s X-Processor 4 processing engine, to make sure there’s enough grunt to handle all those pixels. There’s even enough power left over for a new “Smooth Skin Effect” function, which smooths out skin tone in a way that, the company says, photographers would typically be taking time to do in post-processing. 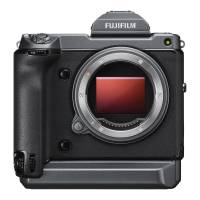 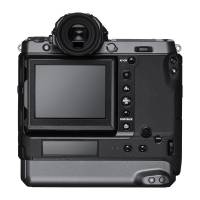 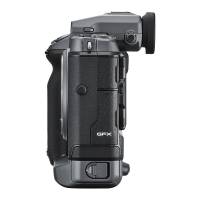 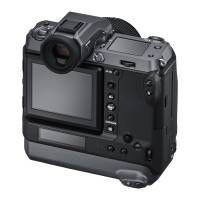 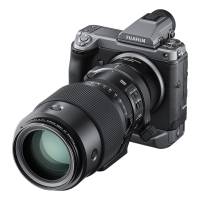 The GFX100 also includes 5-axis in-body image stabilization. That, Fujifilm says, should offer up to 5.5 stops of image stabilization – assuming you’re using a GF64mm F2.8 R WR lens – with the entire shutter unit suspended from four springs to dampen any shutter shock. It means, Fujifilm says, that you can take handheld shots at maximum resolution more of the time, whereas you might expect blur.

That’s because the GFX100 isn’t exactly a small camera. The sensor itself is a huge 43.9 x 32.9 mm; around that, Fujifilm wraps a magnesium alloy body that’s dust and weather resistant. Weather sealing in 95 locations, along with a detachable electronic viewfinder, help it stay usable in messy conditions.

Overall, it’s 6.15 x 6.44 x 4.05 inches, though slims to 1.93-inches at the thinnest part. There’s an integrated vertical grip, and when loaded up with two batteries, a memory card, and the EVF, you’re looking at approximately three pounds in weight.

Phase detection autofocus has been used across the sensor, with 3.76 million pixels for approximately 100-percent coverage. With a fast prime lens, Fujifilm says, AF could be up to 210-percent faster than the contrast AF used in the GFX 50R. Native ISO is ISO 100. 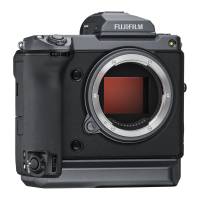 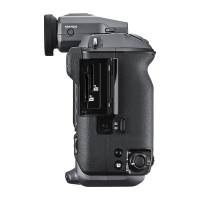 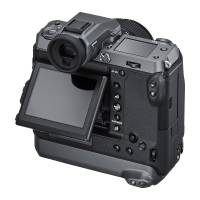 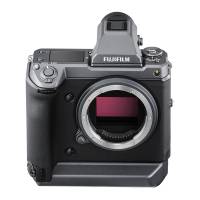 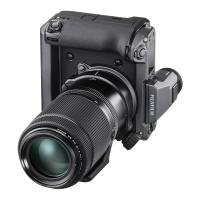 On the video side, there’s 4K, 30p recording support at 4:2:2 10-bit. Fujifilm’s Film Simulations – including the ETERNA cinema film simulation mode – are included, and there’s support for recording in F-Log Rec 2020 and capturing 4:2:2 10-bit uncompressed video through the HDMI port.

Other ports include USB Type-C, microphone and headphone jacks, and a remote release connector. On the back there’s a 3.2-inch 4:3 aspect touchscreen, with 2.36m dots and three direction tilt. 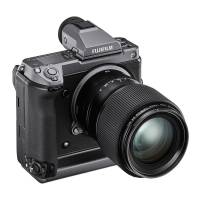 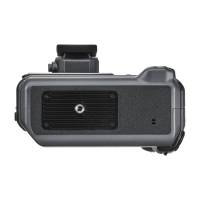 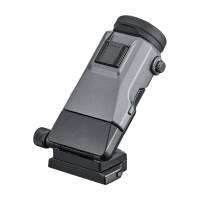 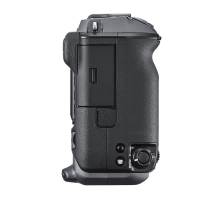 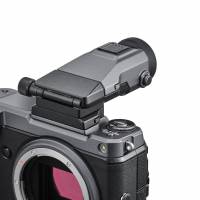