FreedomPop seems diametrically opposed to charging what the other carriers demand, and after taking on calling fees and mobile data, it’s now turning its attentions to WiFi hotspots. Priced at $5 per month, the new FreedomPop WiFi service is $5 per month for unlimited use of ten million hotspots across the US, though that number is expected to ramp up to 25m by the end of the quarter. Initially available on Android, but with an iOS app in the pipeline, it even promises an end to annoying hotspot login forms.

For iOS, there are a few more hurdles to face, hence the delay in the iPhone version of the app. Since Apple gives developers less control over settings than Google does in Android, prompting iPhones to auto-connect is a far tougher nut to crack. 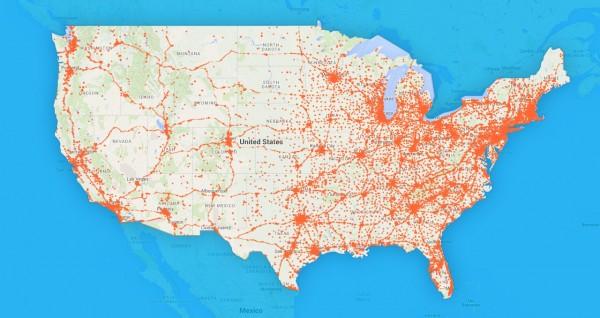 Initial markets for the service will focus on 65- to 90-percent of the “top 100 metros” according to Stokols, with an unsurprising focus on highly-trafficked cities. Locations like Starbucks, Burger King, McDonalds, and Best Buy will be among the chains covered.

FreedomPop is pushing the service for smartphone and tablet users – particularly those who may have a device will a lapsed cellular contract – and there’s no word on whether laptop users are out of the loop.

[Update: FreedomPop tells us that laptop users won’t be able to access FreedomPop WiFi, only those on phones or tablets]

While many places have a free WiFi network, picking them out of the increasingly crowded spectrum and knowing whether they’re trustworthy for your device can be a challenge. FreedomPop’s offer of auto-connection at a relatively low price could be one solution for those more interested in getting online than spending their time hunting for a free option.