Framework’s user-upgradable laptop has begin shipping, with the modular notebook headed out to preorder customers right as the FTC lends its weight to the Right to Repair. Announced back in February, the Framework Laptop may look much like any other notebook at first glance, but distinguishes itself by positively encouraging people to open it up and switch out the parts.

The goal, the company said at the time, was to make something that was designed to last. Unlike the DIY PCs of old, modern laptops are generally constructed without much consideration made toward upgrades: you might get lucky and find one with interchangeable RAM, but most of the time things like the processor, graphics chip, storage, and ports are all fixed. 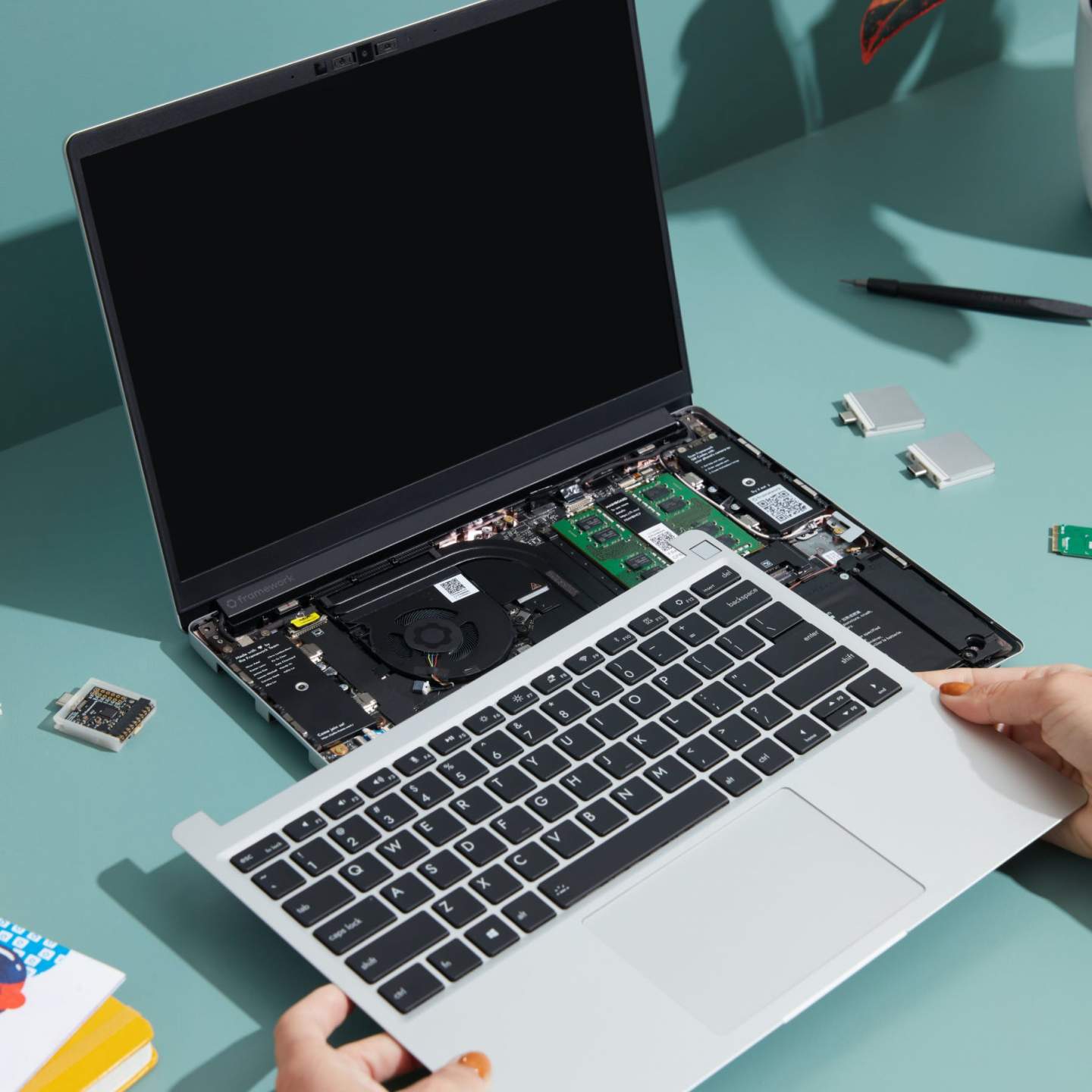 The Framework Laptop upends that idea. On the one hand, some of the key internal components are socketed rather than soldered: you can more easily switch out the storage, two of the memory slots, and the WiFi card. Though the processor can’t be pulled out, the mainboard itself is designed to be interchangeable as hardware improves.

Four swappable bays for Framework’s Expansion Card system, meanwhile, allow the port configuration to be tweaked. To begin with there are things like USB-C, USB-A, HDMI, DisplayPort, and MicroSD port modules, but the company expects to add new alternatives as fresh ports gain traction. As for repairs, the battery, screen, keyboard, and other components are designed from the outset to be user-replaceable.

It’s an admirable idea, as anybody who has found themselves with a broken laptop and a repair bill that’s bigger than a whole new computer will agree. All the same, the consumer tech segment is fiercely competitive, and while some of the shift toward non-user-accessible components has been to dissuade DIY repairs, another valid reason is that soldering in components and similar can make for cheaper construction. That matters when you’re competing on Best Buy shelves on price tag.

Framework opened up preorders in May, and now says it’s shipping out to those customers. It’s unclear just how many units the company has sold so far: it says its whole Batch 1 of pre-orders for July were snapped up, and only a few of its Batch 2 units for August delivery remain. Of course, without an actual count on just how many laptops were in each batch, it’s tough to know how big a success that actually is.

Pricing kicks off at $999 for the Framework Laptop, or from $749 for the DIY Edition which doesn’t include storage, OS, memory, a WiFi card, or a power adapter.

The lingering question is just how long this original design can be supported, and how much swapping out some of the more fundamental components will actually cost. The Right to Repair regulations that the FTC just unanimously voted to enforce may give people the legal right to repair their gadgets, but that’s assuming they’re willing to pay whatever those repairs and replacement parts will cost.