There’s not much point in calling your local Ford dealer and asking for a test-drive of the 2017 Ford GT. With 750 of the limited, 1,000-strong production run already claimed – that’s all the cars Ford plans to make for the next three years – and competition likely to be fierce when the automaker opens up the application process for the remaining handful, the GT puts the “super-rare” in supercar. If you can’t try it yourself, we can do the next best thing: tell you what the Ford GT is like after having been behind the wheel ourselves.

What’s missing is just as important as what’s there

“It was designed in a wind-tunnel” has become automotive shorthand for a multitude of sins in recent years. As economy requirements have grown more demanding, and performance has become just as much about how slippery your car is through the air as the engine under its hood, we’ve seen mainstream vehicles gravitate to a generalized sort of blob. It’s great for airflow, but it hasn’t done much for aesthetics.

The 2017 Ford GT was also designed with aerodynamics in mind, but nobody is going to say it looks generic. Its two-door silhouette makes one of the most extreme uses of negative space we’ve ever seen on a production vehicle, in the name of not only minimizing air resistance but maximizing the potential benefit from that airflow. 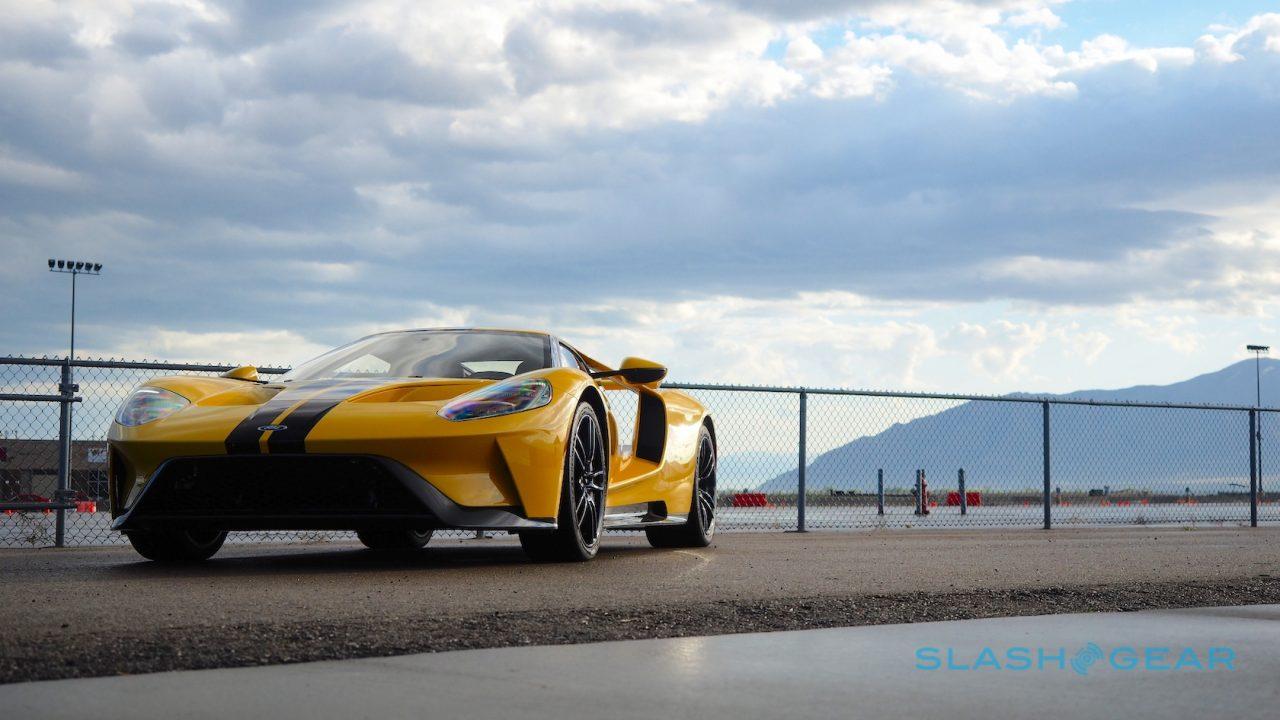 Those vast cutaways that curve around the cabin and under the flying buttresses at the rear are the most conspicuous example, of course. The airflow actually starts at the front vents, slicing up into the side channels and then back, around the rear of the car to feed the cooling needs of the engine. At the same time, the shape of the underside of the GT helps create a vacuum chamber around the front axle, effectively sucking the car down to the road the faster you drive.

The GT is almost constantly in motion

On top of the core aerodynamics of the body, Ford throws in a bevy of active aero components. As before, there’s one you’ll notice straight away, and that’s the rear spoiler. It can crank up on twin pistons to adjust the drag and downforce, but its angle is also being constantly tweaked as the air rushes over it. It’ll even work as an airbrake, flipping up almost vertically during aggressive braking. 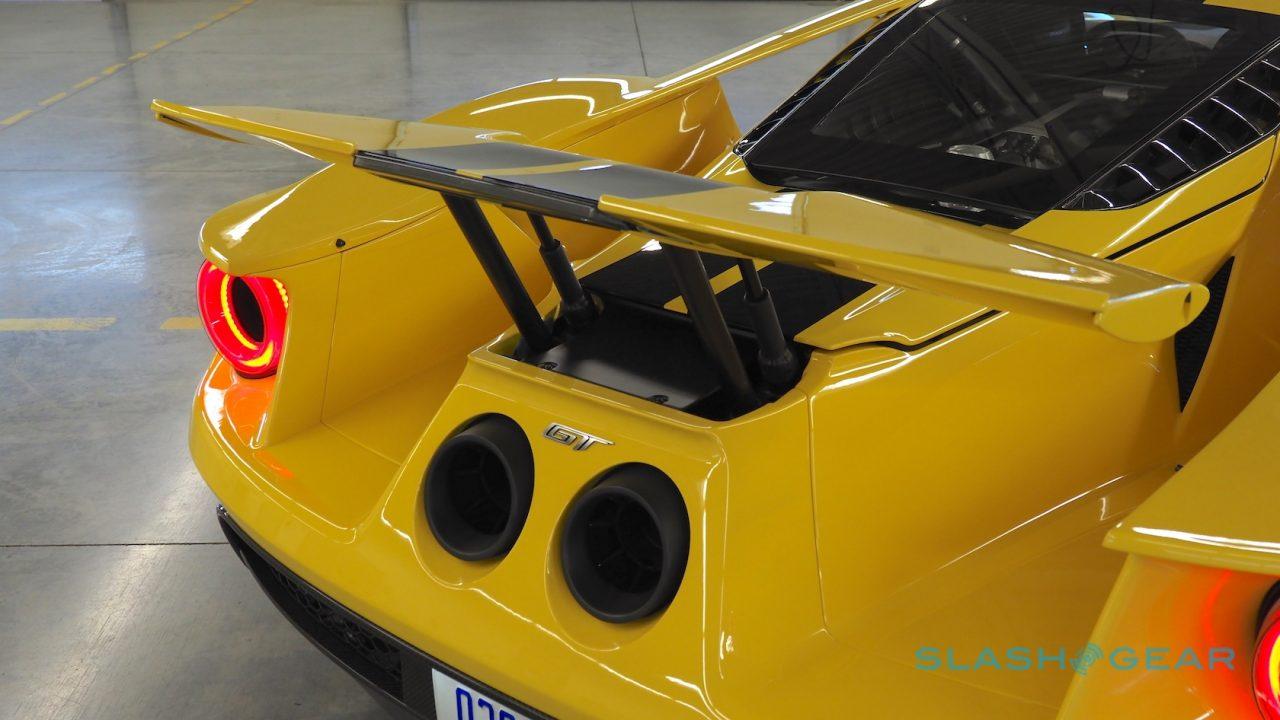 That’s only one such element, however. There are active flaps on the underside of the nose, for instance, that help shape where the airflow goes at different speeds. Each of the drive modes has an impact too, with Track prioritizing stickiness in the name of getting around corners, while V Max targets maximum aero-efficiency for the fastest possible speed. Overall, it’s about as close to driving a Transformer as you can get without going to Cybertron first.

The GT’s V6 engine is not a compromise

Purists were furious. When Ford announced that the GT would be powered by a V6 engine, rather than a V8, some took it as a slap in the face given the original GT40’s iconic powertrain. Ford even had the audacity to make it a fairly small-capacity 3.5-liters. 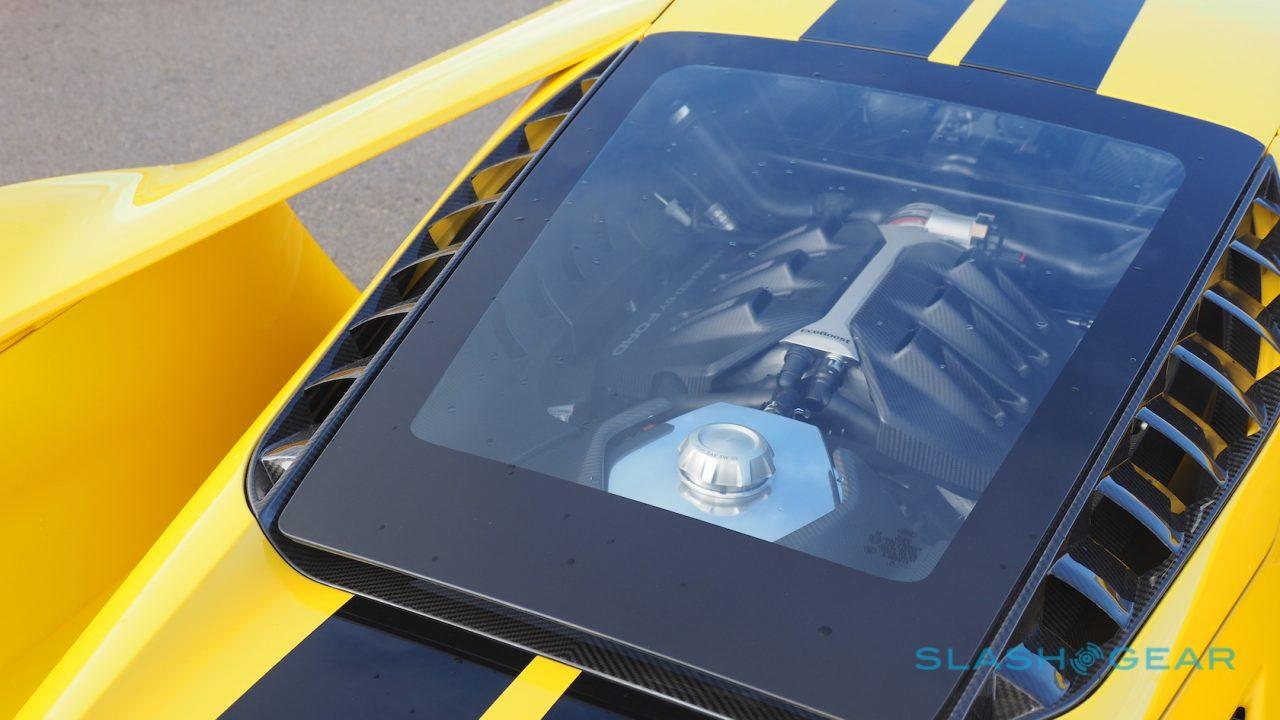 There are some very good reasons why a 3.5-liter twin-turbo V6 makes a lot of sense, however, and a single overwhelming one that makes the GT such a star. For a start there’s practicality: a V8 would just have been too big to fit in with the aero work Ford had in mind. The mid-mounted engine bay is small, squeezed into what space is left by the vast airflow gullies that flank the cabin, and even if the engineers had wanted a V8 they simply couldn’t have made it work with the packaging.

It’s also an opportunity to shine some light on Ford’s EcoBoost technology. The GT may be the automaker’s halo car, but that halo is made up of several individual spotlights, one of which being the task of giving EcoBoost a reputation turbocharge like no other vehicle can. Sure, turbocharging is known for its contribution to fuel frugality – there’s a reason “Eco” is in the name, after all – but with 647 horsepower and 550 lb-ft. of torque there’s also no doubting that an EcoBoost engine can be achingly powerful, too. 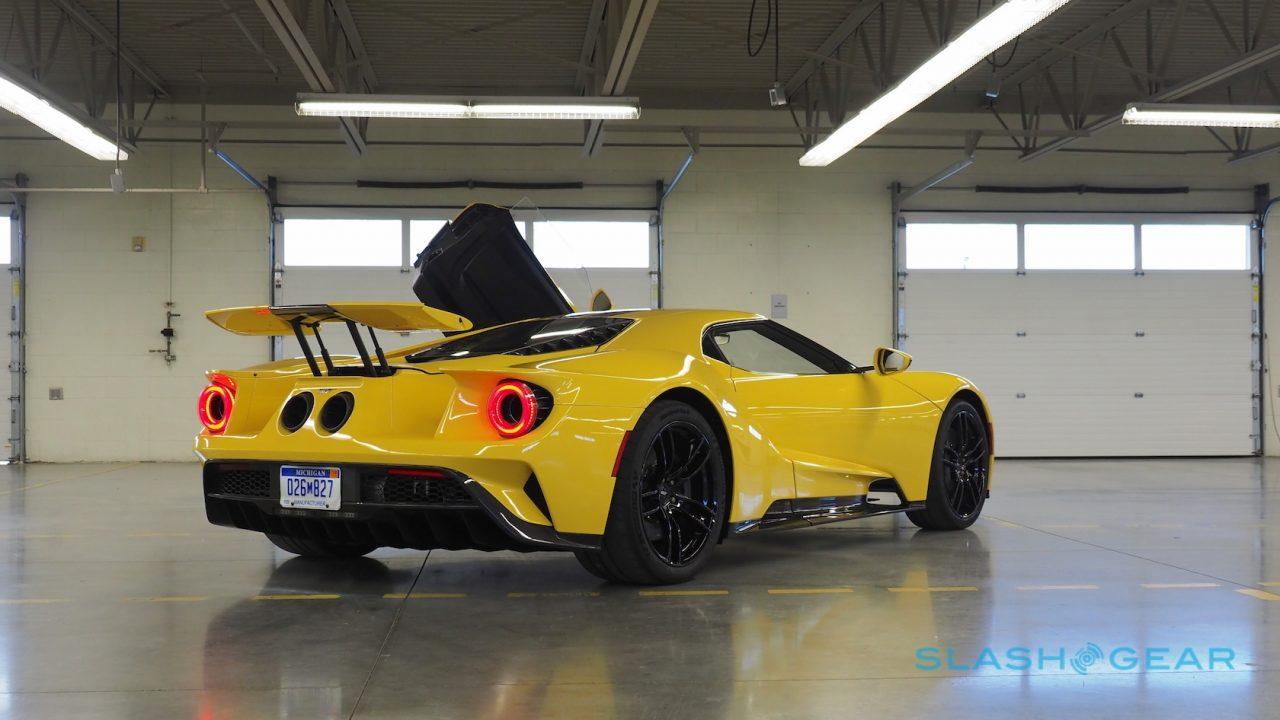 The big reason that this is no compromise, though, is when you put your foot down. It might not have the heady basso rumble of a naturally-aspirated V8, but the GT’s howling, whooshing V6 is a soundtrack that’s equally addictive in its own way, and you get to enjoy it while you hurtle toward the horizon. This car simply wouldn’t work with a different engine, either practically or when it comes to its otherworldly personality.

Spend upward of $400k on a car and you expect a few things. Supercars obviously don’t stint on performance, but they also usually offer comfort and refinement too. What’s notable – and in many ways admirable – about the Ford GT is that it doesn’t expend too much time or energy cosseting the people inside. 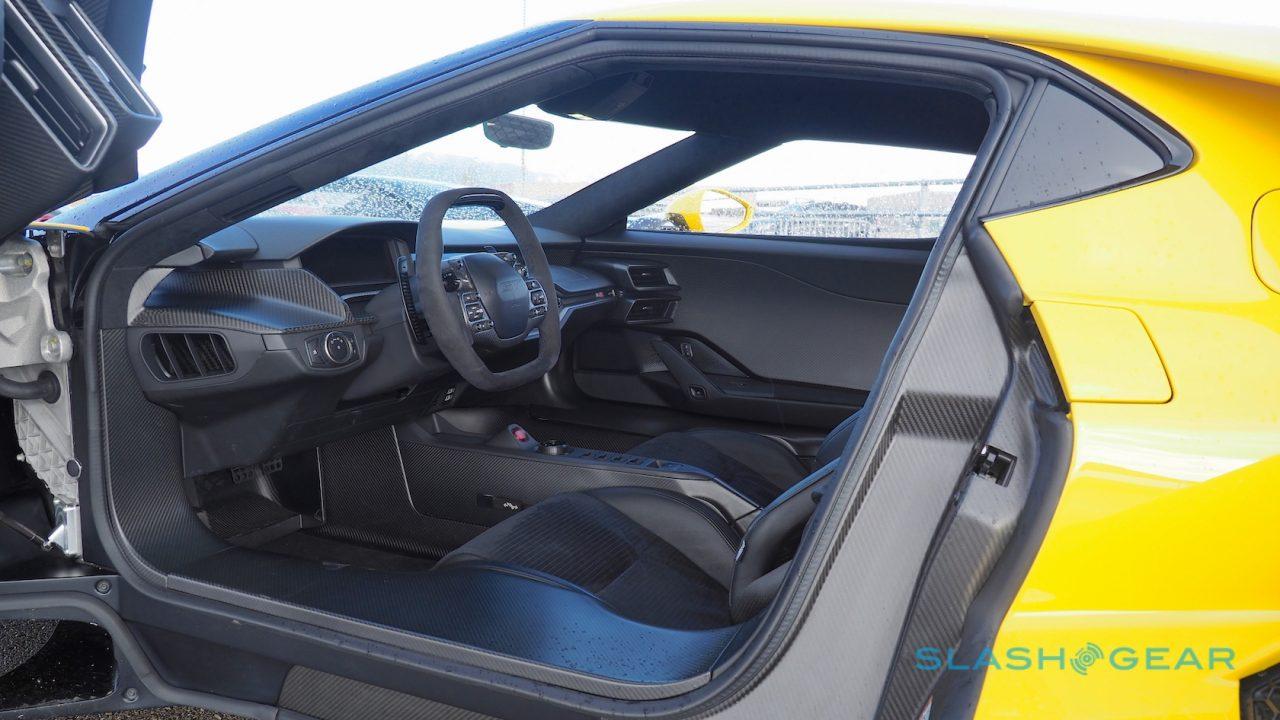 Sound insulation is minimal: the thrum of the asphalt and the scattershot of gravel against the underside of the carbon-fiber monocoque are a constant reminder that you’re scant inches above the road. The steering is meaty and heavy, the hydraulic system Ford has used prioritizing heft and communication over single-finger twirling. No matter which mirror you look through, your view is interrupted by bodywork or buttresses or gaping vents.

In short, there’s no mistaking that this is a race car that you can also drive on the road. While other supercar coupes might be just as content with daily-driver duties as a Focus, the GT isn’t going to be happy unless it’s howling. To be clear, we love that about it: it emphasizes that the differences between this and the Le Mans car are so minimal.

Want more on the incredible 2017 Ford GT? Check out our full first-drive report!