This week the folks at Fossil revealed a new set of smartwatches aimed at simplicity, beauty, and functionality. It would appear that at this point in the history of the smartwatch, Fossil’s realized that their best bet at taking on the titan that is Apple and its Apple Watch is making a solid, reliable experience that doesn’t break the bank. With that in mind, they’ve revealed the Fossil Gen 5 LTE smartwatch.

The Fossil Gen 5 LTE smartwatch is “exclusively for Android phones powered by Verizon, in the USA only.” That’s the messaging from Fossil… which is weird because they clearly work with the Google WearOS app for Android 6+ (excluding Go edition) and iOS 12+. It’s likely the LTE part and some functionality is limited to Verizon.

There are two major sorts, both with a 45MM Stainless Steel casing and an interchangeable 18MM strap. These watches are powered with Google’s Wear OS and Qualcomm Snapdragon Wear 3100 SoC inside. These watches have 1GB RAM, 8GB storage, and a 1.28″ AMOLED / 416 x 416 / 328ppi display. 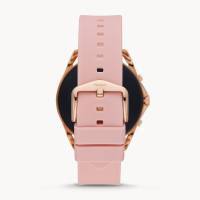 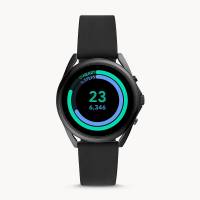 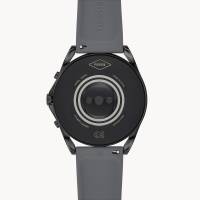 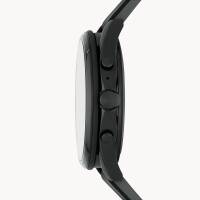 There are two buttons and a rotating home button, as well as a touchscreen and the ability to work with voice commands (via Google Assistant). There’s a loudspeaker system, vibration feedback, and Bluetooth 4.2 LE, GPS, NFC, wi-fi, and cellular connectivity (hence the LTE).

This watch has an accelerometer, altimeter, compass, gyroscope, off-body-IR sensor, and PPG heart rate. There’s a USB cable with magnetic connector for charging, too.

There’s a Blush Silicone version and a Black version, and both cost approximately $349 USD. Extra straps cost anywhere between $20.30 and $49 USD from Fossil. It’s expected that this watch will be shipping on or around January 20, 2021.