Fashion brand Fossil have teamed up with Intel to bring a new Android Wear-based smartwatch to the market this year. Revealed at IDF 2015, this watch is the first in a line of smart wearable devices from Fossil and Intel, while in 2016 more products will be coming from Fossil including a smart watch made under the Michael Kors brand. In addition to this first device – which at first glance looks very similar to certain Android Wear devices made by Motorola and Huawei – more devices are already on the table. Literally.

This Fossil watch is so similar to the Moto 360, as you’ll see above and below, that it even shares a “flat tire” display. This is a circular display with a flat edge on its southward side. This device also has hinges, clasps for watchbands to the top and bottom and looks to come with a leathery band in this first showing. It’s running Android Wear, too, of course.

On the table here at IDF you’ll also see some different bands – one that’s a more pale, peach tone, another that’s made of metal. There’s a couple different tones to the watch as well. At least one Rose Gold edition is here, as is a darker silver. 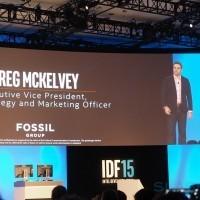 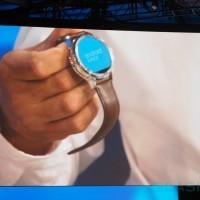 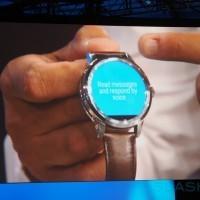 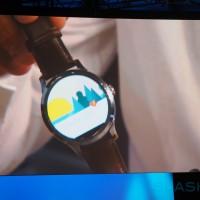 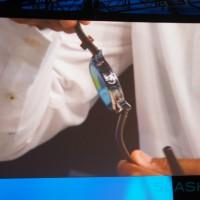 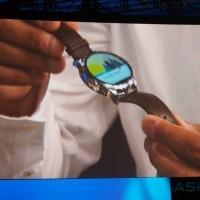 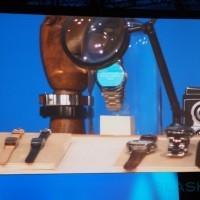 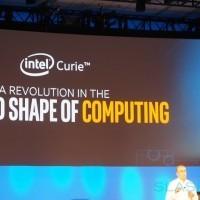 You’ll also be able to spot a couple of smart-band sort of devices. These bands have a much smaller face – likely prepared for sports wearable use or the more petite-wristed amongst us.

Stay tuned for more Fossil smart wearable products in the near future. Intel will be bringing more heat this week!