Fortnite released information on the event suggesting they’ll be bringing a “record-breaking superstar” to the event series. A free event umbrella was leaked this morning as well – look familiar to you? Rain on me much? 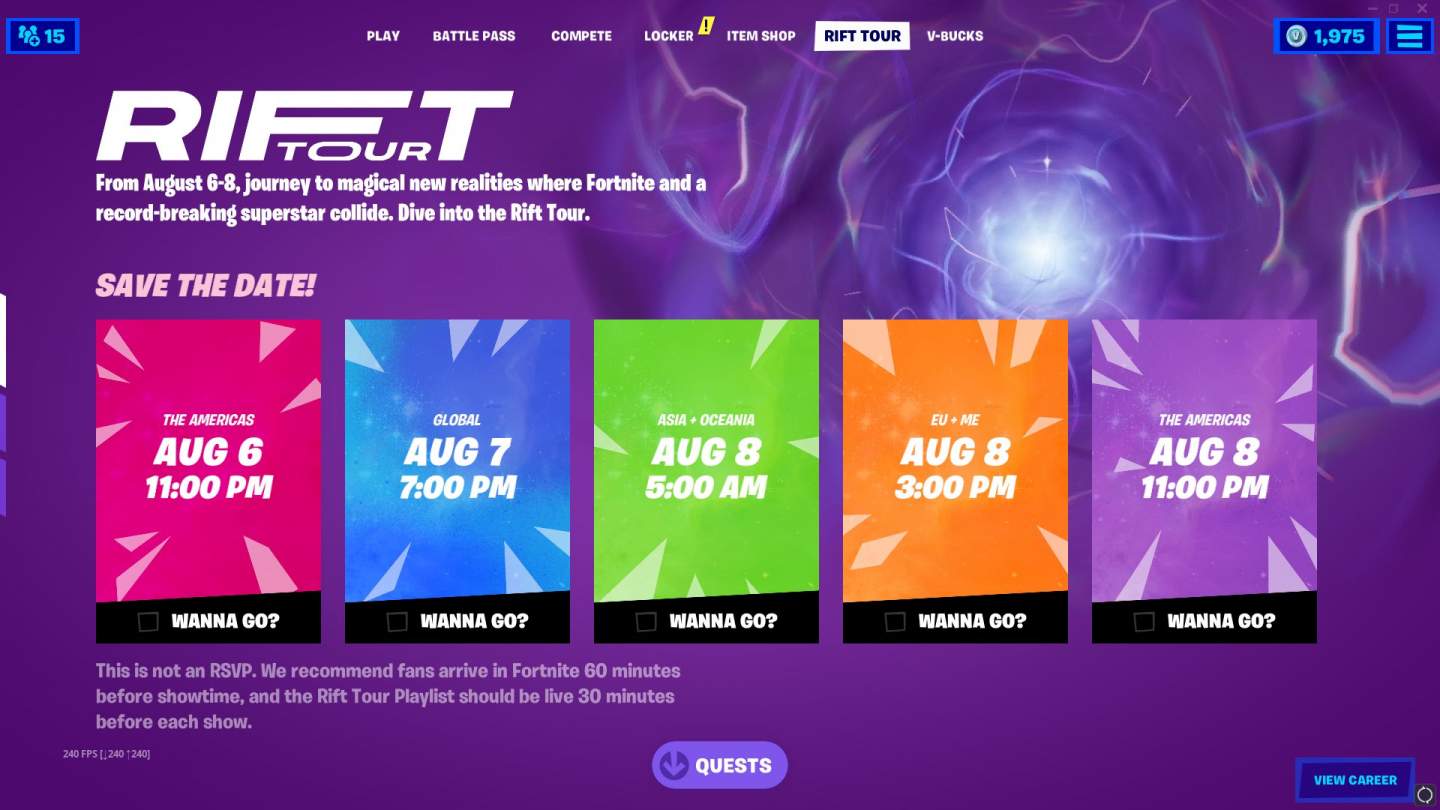 The “Global” replay will deliver the Ariana Grande concert on August 7, 2021 at 1PM EDT. If you’re looking for an Asia and Oceania version, drop in on August 8 at 12AM EDT. There’ll be an EU and ME version on August 8 at 1AM EDT, and a replay of the event (again) for The Americas on the 8th of August at 6PM EDT.

If you miss the event in one place, change your Matchmaking Region and drop in for another. If you’re looking to be a part of the concert you’re absolutely going to need to log in to Fortnite one hour ahead of the scheduled start time. Then just sit around for a while until the playlist for the concert appears – that’ll take place around 30 minutes before the concert is set to start.

Good Morning, Event posters got decrypted a few hours ago and people are speculating that it's an Ariana teaser due to this:

The information on Ariana Grande AS the artist comes from HYPEX who posted decrypted poster imagery that matches (more or less) Ariana Grande’s current sets of iconic color schemes and themes.

OR it could be some other record breaking artist that has nothing to do with Ariana Grande at all. But imagine using the images you see above and NOT assuming it’ll all be associated with Grande. Isn’t that the more unbelievable option? 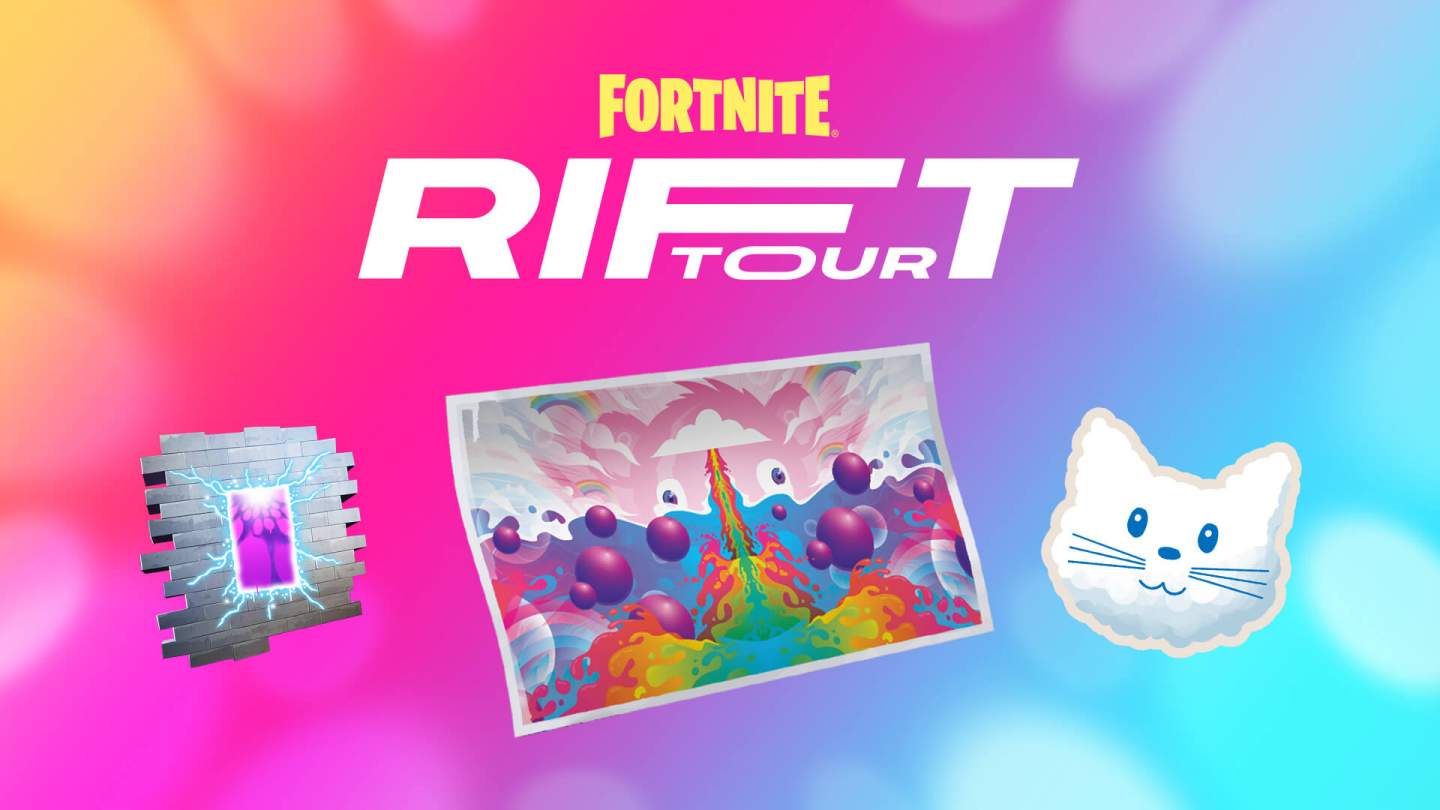 UPDATE: Above you’ll find more imagery from the upcoming event series. These images were shared by Epic Games in promotion of the event. You’ll find the “Before the Tour Rewards” including: Cosmic Cuddles Loading Screen (Art by Delicious Design League), Rift-sterpiece Spray, and a new Cloudy Kitty Emoticon. 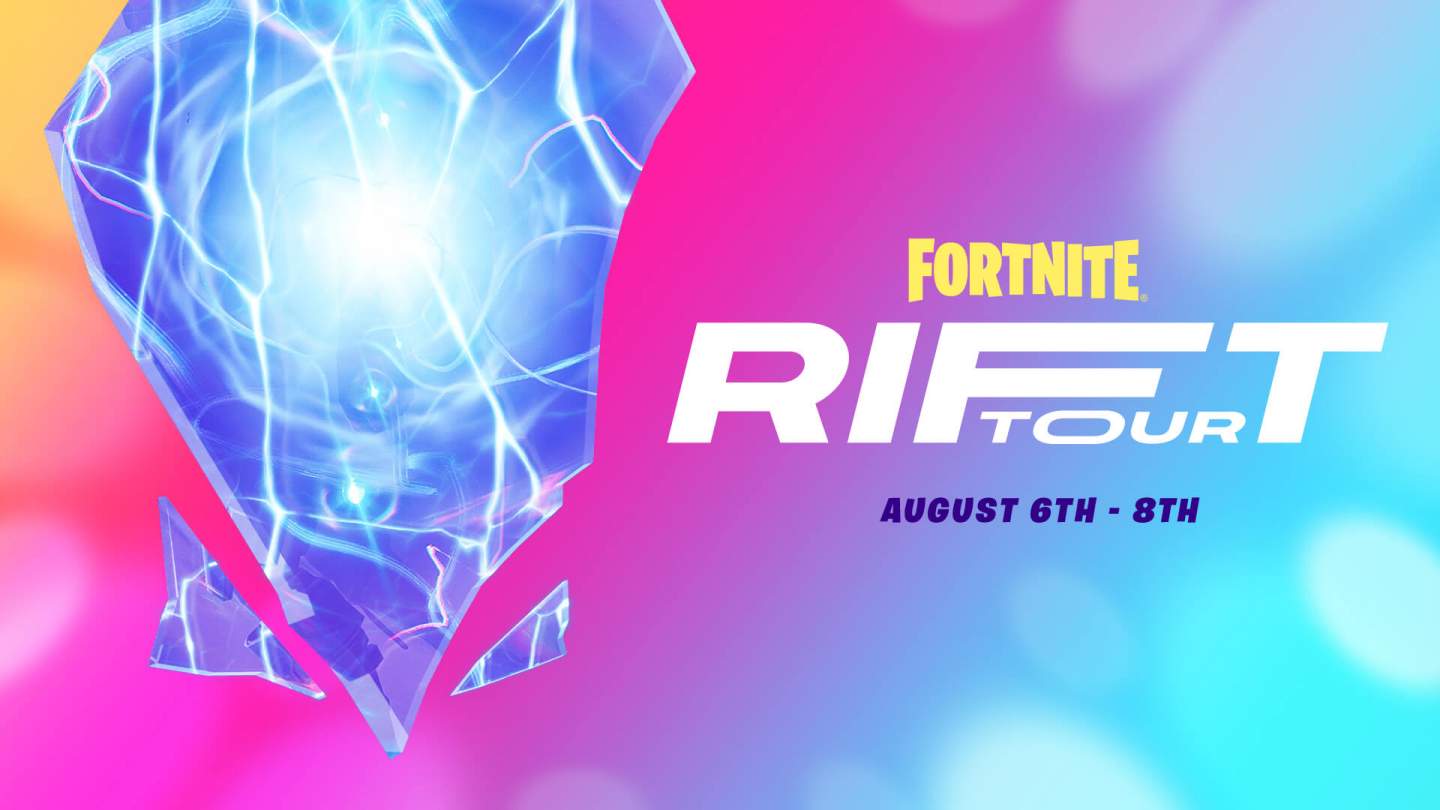 UPDATE 2: Another piece of imagery shared by Epic Games for this next major event series. Epic suggested today that “starting today” you’ll be able to unlock rewards “for the first wave of Rift Tour quests.”