Fortnite‘s weekly patch is arriving a little later than we’re used to, but that doesn’t make it any less exciting (or strange, as the case may be). This time around, the patch notes are little light, but they make up for that by introducing one of the weirdest items yet: Balloons. Yes, beginning today, you’ll find Balloons scattered around Fortnite‘s in-game world, and they might just help you get the jump on your opponents.

Epic explains in today’s patch notes that Balloons will drop in stacks of 20 from floor loot, chests, supply drops, llamas, and vending machines. They’re Epic rarity, so don’t expect to find them all too often. When you do, though, you can use up to six at a time to float in the air – the more you use, the faster you go up.

You can change the number of balloons you’ve got equipped by using primary fire to inflate one or alternate fire to let go of one. They can, of course, be popped by other players, so if you’re trying to use them to invade an enemy fortification, be ready to deploy your glider. Epic also reminds to be mindful of your height, as Balloons will pop after spending a short amount of time at the building ceiling. 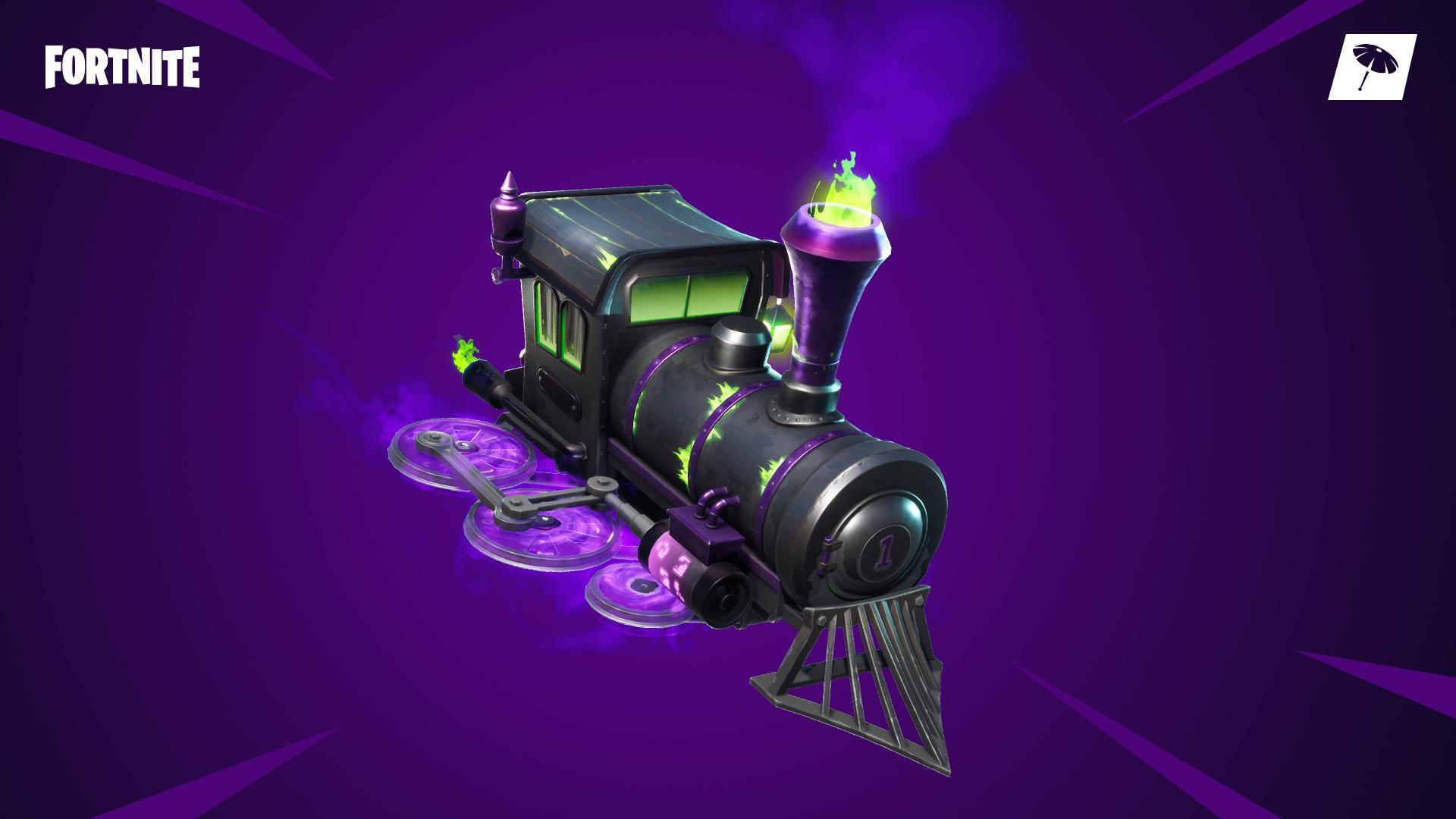 Aside from the addition of Balloons, this patch doesn’t have a whole lot for Battle Royale players. Epic notes that the Fortnitemares event will end on Sunday, November 4 at 1 PM Eastern time, so you’ll want to finish up your challenges by then if you’re trying to unlock the Dark Engine Glider (pictured above. You’ll also want to be in a match at that time so you can witness the event.

There are a few miscellaneous changes too, including how grappling works from the passenger seat of a vehicle. The Semi-Auto Sniper, Guided Missile, and Dual Pistols have also been vaulted for the time being (this isn’t the Guided Missile’s first time being placed in time out), though those weapons will all still be available in Playground Mode. Be sure to check out Epic’s full patch notes for more on what’s coming in this patch, and head down to the comments section to tell us what you think of Balloons!