Both the Xbox Series X and the PlayStation 5 will have Fortnite at launch, Epic Games has confirmed, though it won’t be until next year when the real fun starts with the hit game. The company announced the release news alongside the unveil of Unreal Engine 5, its latest platform for next-generation games.

As you’d expect, UE 5 is going to be a big deal, both for Epic and for game developers in general. The company says to expect “photorealism on par with movie CG and real life,” even for studios that don’t necessarily have the huge teams some of the companies responsible for AAA titles might enjoy.

Problem is, Unreal Engine 5 isn’t going to be ready in time for developers to use for their launch titles on the PlayStation 5 and Xbox Series X. In fact, it isn’t expected to go into preview until early 2021, EA says, with the full release on the roadmap for later in the year. At that point it’ll support not only Sony and Microsoft’s consoles, but the current-generation consoles too, along with PC, Mac, iOS, and Android.

Even Epic can’t tap into UE 5 early for Fortnite, and so there’ll be a staggered release for the next-generation consoles. Fortnite will be released for those using Unreal Engine 4, Epic says, just as it is now. 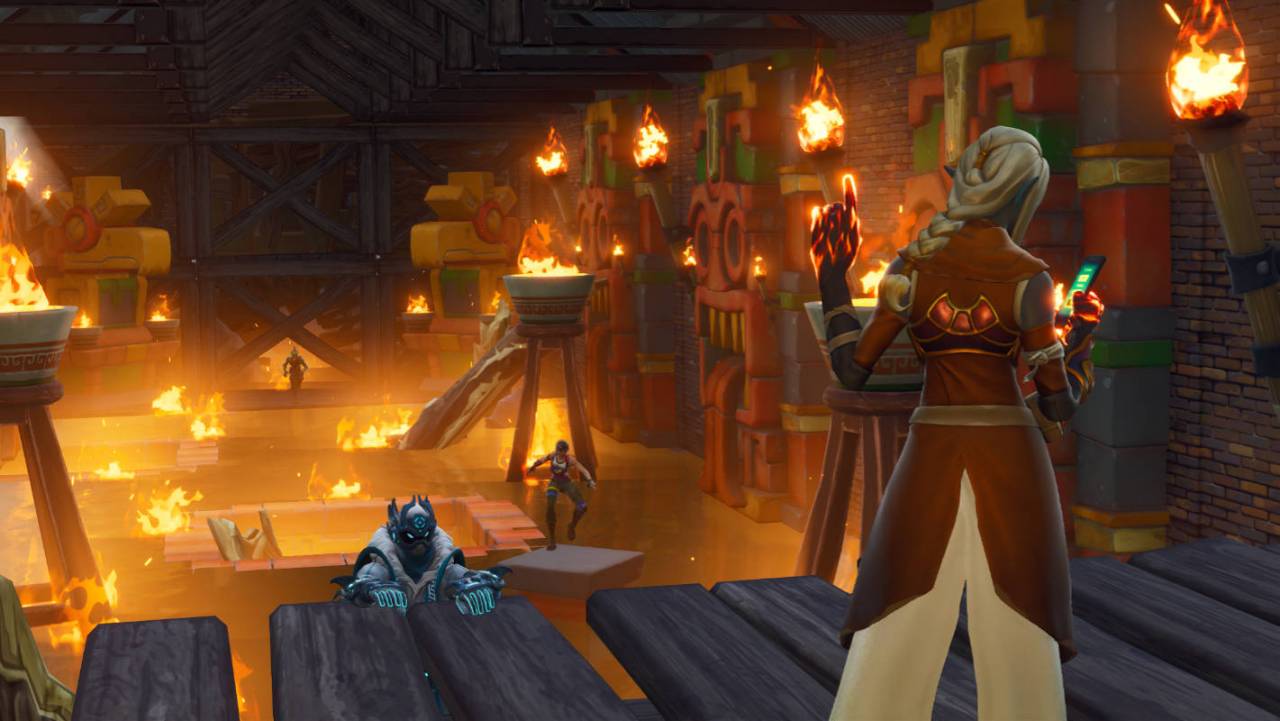 After that, Epic explains, “in keeping with our commitment to prove out industry-leading features through internal production, migrate the game to UE5 in mid-2021.”

Exactly what that will mean for gamers remains to be seen. Microsoft and Sony have been pushing their respective next-gen consoles’ graphical talents, of course, and we’re expecting a big uptick in GPU performance to make for more lifelike visuals. However that’s only part of the Xbox Series X and PlayStation 5 owner experience we’ve been looking forward to.

Arguably just as important is the improvement in things like game load times, and the cut in delays as you wait for levels to be ready to play. Microsoft and Sony have turned to high-speed storage for that, with M.2 SSDs inside each console, but there have also been architectural changes to the software as well. Games that more intelligently prepare content, including prioritizing certain downloads, are also expected to refine the user experience.

Fortnite is clearly a huge name in the gaming space right now, and that looks unlikely to change any time soon. Epic could’ve taken the easy route and relied on Sony and Microsoft’s promises of backward-compatibility to make their lives easier, but the idea of a big improvement in the game – plus all existing progress you’ve made being carried over from your current console to the next-gen updates – is likely to make it just as big a hit on Xbox Series X and PlayStation 5.