Ford has revealed its newest self-driving car, the fourth-generation of test vehicle developed by it and Argo AI. Still intended for autonomous driving research and development, rather than commercial sale, the Escape Hybrid-based vehicle promises an upgrade in sensor tech, but also a cleaner route to the eventual driverless service Ford plans to launch.

“The systems we’re incorporating into our newest test vehicles are “launch-intent” in terms of the components we believe will be needed to support commercialization,” John Davis, Chief Engineer at Ford Autonomous Vehicles, explains. Though it may be studded with sensors and have various LIDAR and other gadgets poking through the bodywork, the new Argo AI vehicle is still an Escape Hybrid at its core. 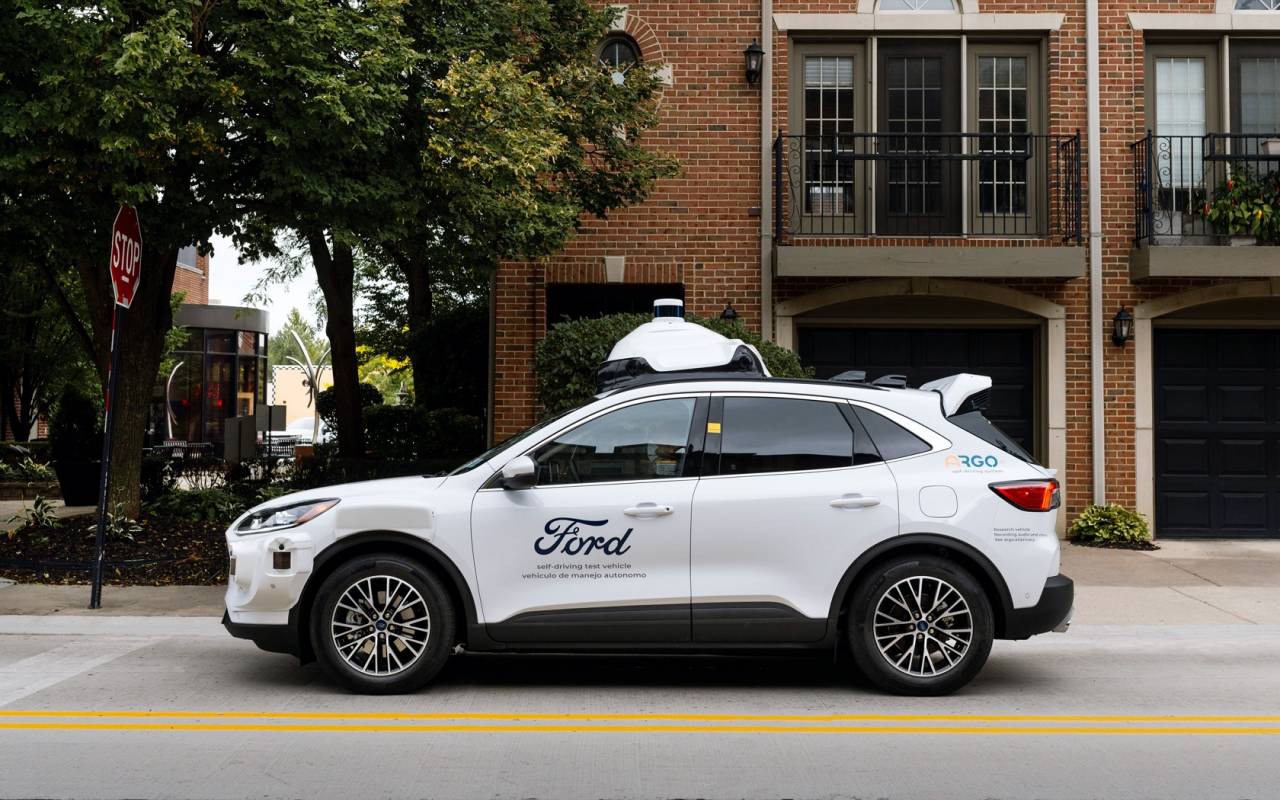 It should mean that Ford can rapidly move from testing and trials, to a launch of its eventual autonomous vehicle service. It’s a strategy that differs conspicuously from rivals, such as GM-owned Cruise AV, which has developed a custom EV for its future self-driving taxi service. Announced earlier this year, the Cruise Origin resembles more of a train pod on wheels than a traditional car, with no legacy controls in the spacious cabin whatsoever.

Rather than build something from scratch, Ford and Argo AI will use the familiar underpinnings of the Escape Hybrid. The electrified crossover has been modified with an extra-large high voltage battery pack, Davis says, which helps power the extra tech onboard. Mounted under the cabin, the liquid-cooled battery also helps avoid using the gas engine, raising the car’s green credentials.

The other key changes are around the sensors it’s equipped with, and how they differ from the old, Fusion Hybrid based test vehicles. There’s a new, long-range LIDAR, for example, which has a higher-resolution 128 beam system. It’s mounted on the top of the crossover, for 360-degree scanning. 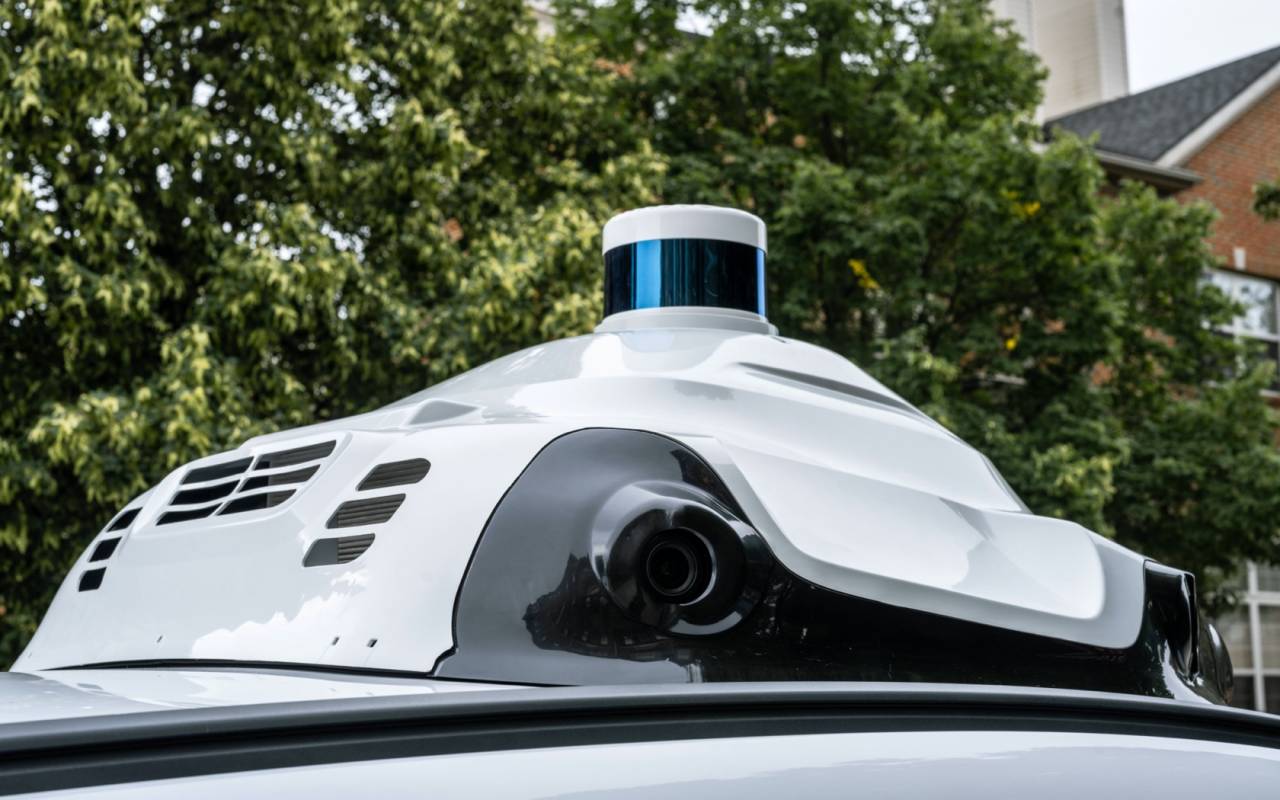 New far-field cameras and short-range LIDAR, meanwhile, scan the front and the sides of the car. More feature in the rear sensor suite, Ford says. Altogether they should improve detection of stationary and moving objects, like passing cars or cyclists.

Some of the other changes, meanwhile, add to the test vehicles’ usability in different conditions. “Keeping our sensors clean from rain, dirt, debris and even insects is very important to ensure our vehicles can better “see” the world around them in a variety of challenging conditions,” Davis explains. So, there’s a new forced-air cleaning chamber system that surrounds the individual camera lenses and LIDAR sensors, which can be used to get rid of dust and dirt. 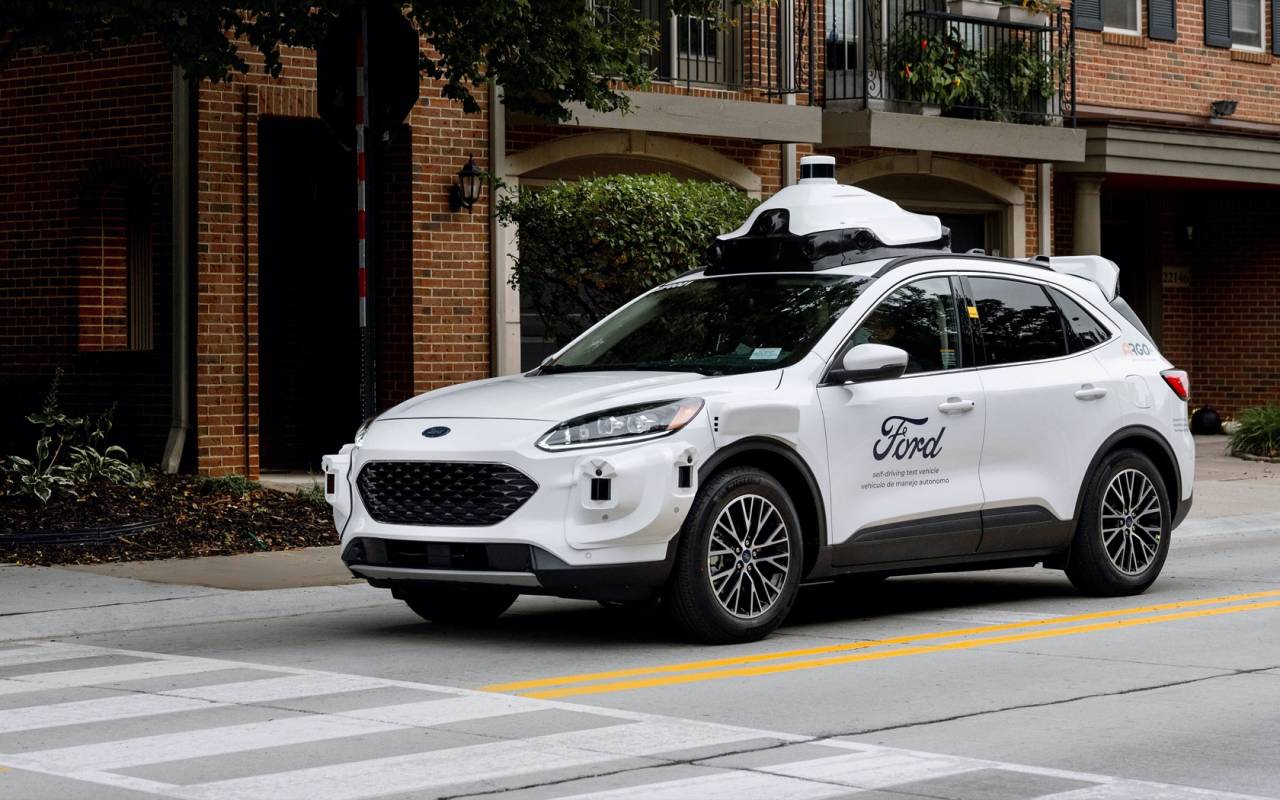 There are more spray nozzles and coverage areas for when liquid cleaning is required, and these rely on stronger pressure now, too. The same system can also clean the near-field cameras and LIDAR sensors now as well. Ford has also used new hydrophobic coatings, so that water and other substances will hopefully just slide off places the automaker doesn’t want them to stick.

“With our fourth-generation test vehicle, we have everything we need from a vehicle to stand up our self-driving service,” Davis concludes. “We’re confident that we’re on the path to launching a safe, reliable and affordable service.” Ford will integrate the new, fourth-generation cars into its existing street trials in Austin, Detroit, Miami, Palo Alto, Pittsburgh and Washington, D.C., though there’s no telling when a commercial service might actually launch.