Ford has been working on autonomous vehicle tech for a while now and the automaker is talking up its next generation Fusion autonomous vehicle. The new vehicle uses the current Ford autonomous platform but adds in more processing power with new computer hardware inside. Ford also notes that the tech used in the car is more production ready.

Specifically the electrical controls are closer to production form and adjustments have been made to the sensor tech. The placement of sensors around the car has been tweaked to allow the car to see what’s around it better than it can currently. Ford has been using LIDAR on its autonomous Fusion to allow the car to see in the dark and in the next-gen car LIDAR has been improved.

The next-gen platform has a new Lidar sensor with a sleeker design that gives a better targeted field of vision. By improving the LIDAR field of vision, the car is now able to use only two sensors rather than four yet still gather as much data as it did with four sensors attached. 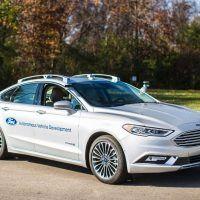 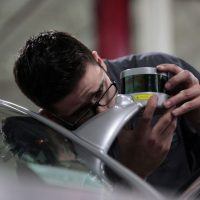 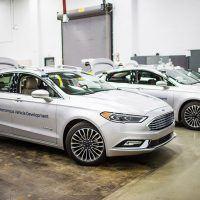 Ford says that the new Fusion self-driving car also evolves two main elements that are required for an autonomous vehicle, the vehicle platform, which is an updated version of the car itself and the virtual driver system. Ford doesn’t specifically state when the new next-gen autonomous car will enter testing, but the old autonomous Fusion took to the streets three years ago.

The current cars took to California streets in early 2016. Ford has also been testing its autonomous cars at the University of Michigan MCity testing center.