Fans of the odd and the unique at auto shows and conceptual deliveries galore will be glad to hear Ford will be unveiling a new bit of advanced technology that’s said to “revolutionize” such deliverables. With a new process for prototyping, personalization, and low-volume production, Ford suggests that they’ll be able to create concept vehicles as never before.

The Ford engineering team has created a new patented technology the brings on the rapid formation of sheet metal parts for low-volume production projects. Using Ford Freeform Fabrication Technology, the brand will now be able to bring lower costs and “ultrafast” delivery in prototypes of all kinds (take the Ford Atlas Concept, for example – knock a few of these out a month and you’ve got a real innovation process on your hands!)

This F3T technology is said by Ford to be able to knock prototype creation times down by a rather astounding amount. Where before this technology appears, conventional methods take between two to six months to make a prototype vehicle, here Ford says they can do it in three business days.

Testing of this technology can be seen in the presentation video sent out by Ford this week – and take note: F3T may be used in many industries in the future: aerospace, defense, transportation, and appliances notwithstanding.

With this process as its goal, researchers working for Ford with a $7.04 million U.S. Department of Energy grant have been hard at work for several years. Collaborators include The Boeing Company, Massachusetts Institute of Technology, Northwestern University, and Penn State Erie, and a total of five manufacturing projects such as this were given awards in the same vein.

It was five projects and $23.5 million sent by the Department of Energy in March (of this year) that got this all started. The DOE’s prizes were aimed at advancing the clean manufacturing of parts and helping U.S. companies specifically increase competitiveness with the rest of the world.

Using this method, Ford will aim to improve the research and development process of vehicles across the board – knocking out the current prototype die phase entirely. No longer will 6-to-8 weeks be the minimum – F3T is said to be able to produce sheet metal parts ready for prototype applications “in just days for essentially no cost.” 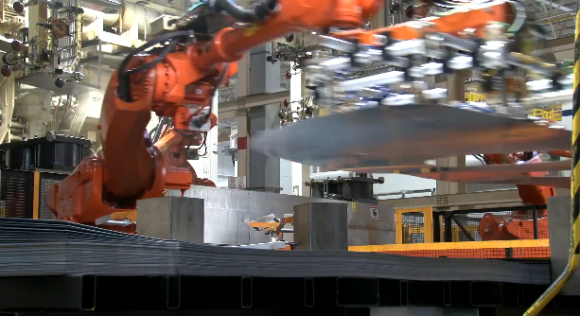