Ford is readying its hands-free driver assistance system for the latest F-150 and Mustang Mach-E, rebranding it as Ford BlueCruise ahead of an OTA release later in 2021. Announced last year as Ford Active Drive Assist, the system is officially Level 2 on the autonomy scale, meaning while it can handle lane-keeping and maintain pace with traffic on certain roads, the driver is still required to pay attention.

To ensure that’s happening, a driver-facing camera in the instrument cluster watches to ensure they’re looking the road – rather than away at their phone, or indeed napping – even if their hands aren’t on the wheel. That’s similar to what we’ve seen from GM’s Enhanced Super Cruise, though rather than the LED light bar in the steering wheel, Ford BlueCruise relies on notifications in the instrument cluster to communicate system status with the driver. 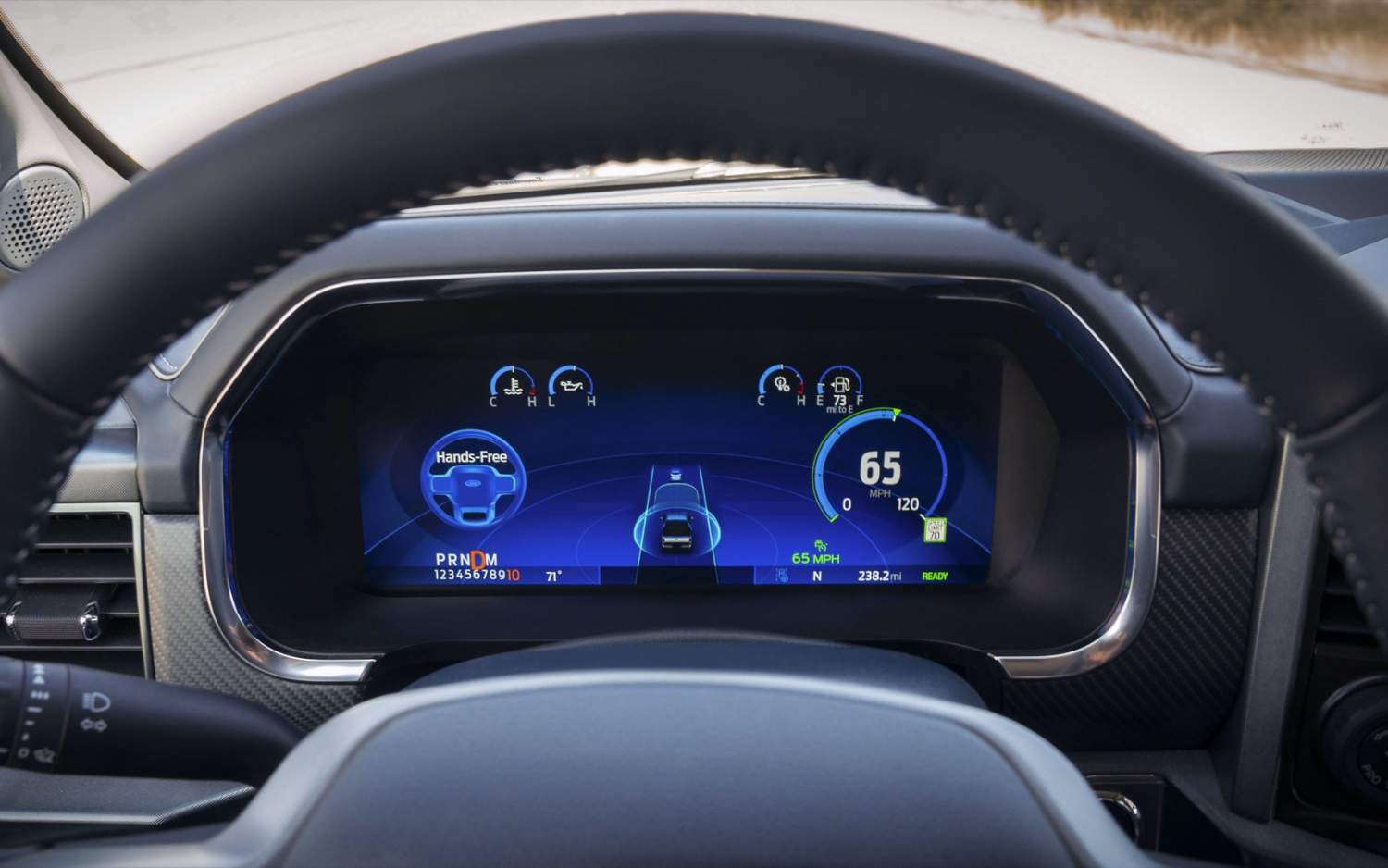 The key is that BlueCruise will only work on pre-mapped stretches of highway. Ford says that there are currently over 100,000 such sections across North America, which it refers to as Hands-Free Blue Zones. They’re shown as blue in the vehicles’ navigation system, and the instrument cluster has blue lighting to show when you’re driving on a length of compatible highway.

Turned on, BlueCruise will maintain pace with the traffic ahead – at a safe, preset distance – as well as hold the F-150 or Mustang Mach-E’s position within the center of the lane. Outside of the Hands-Free Blue Zones, the cars support Lane Centering which assists with positioning but requires hands on the wheel at the same time. 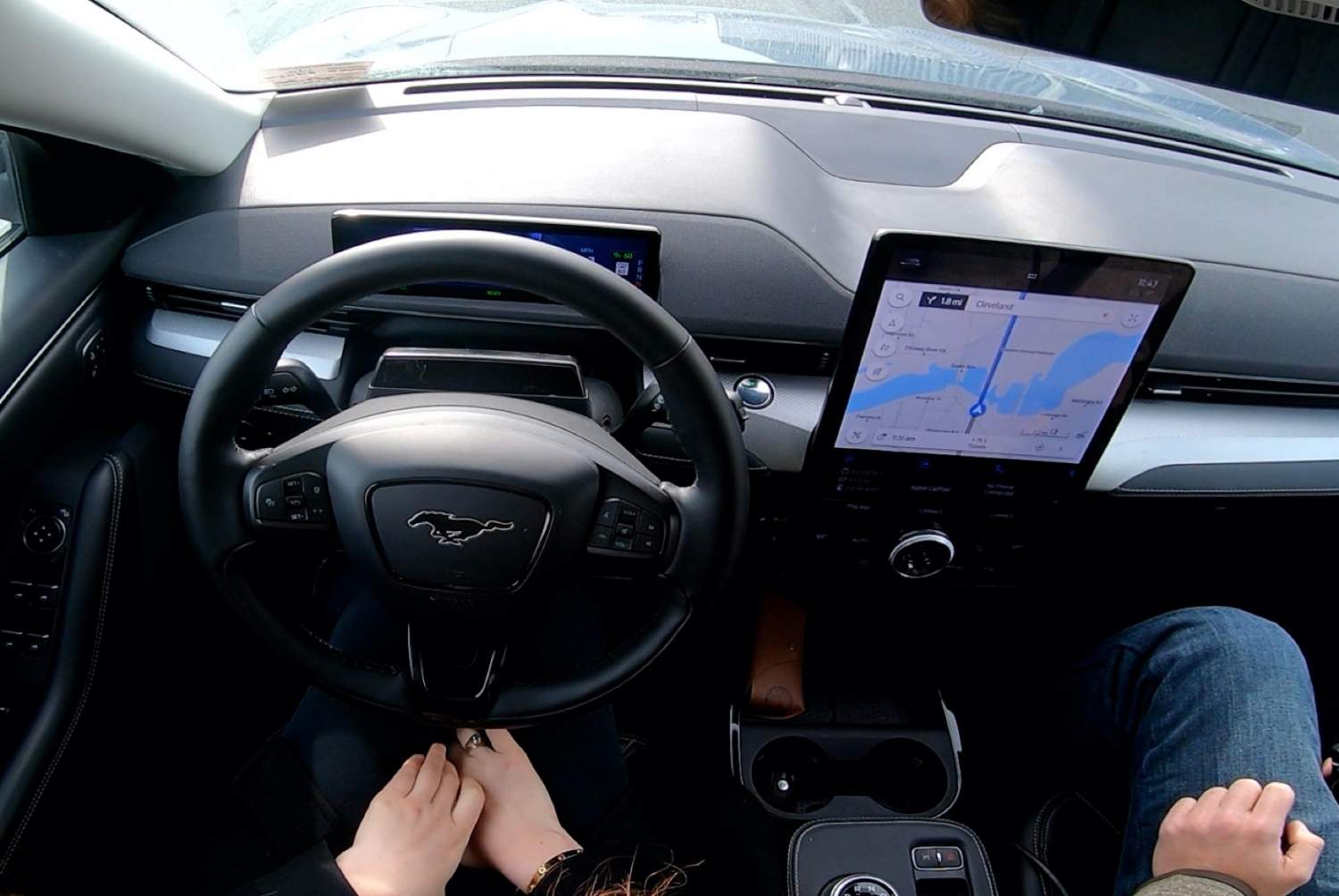 At launch, with BlueCruise expected to be released in Q3 2021, the system will not support lane-changing. That’s something Ford says it plans to release as another OTA update later on, with Lane Change Assist moving the vehicle between lanes when the driver taps the appropriate turn signal. Predictive Speed Assist will also be added eventually, automatically adjusting the speed depending on features like road curves and roundabouts.

The same OTA update system will be used to deliver new mapping updates, as more roads are added to the database and existing roads are changed.

Of course, the new 2021 F-150 and 2021 Mustang Mach-E have already been on sale for some time now, but as previously announced Ford has been offering the hardware for BlueCruise from day one. On the F-150, it’s part of the Ford Co-Pilot 360 Active 2.0 package: that’s standard on the F-150 Limited trim, and a $1,595 option on option on Lariat, King Ranch, and Platinum models. 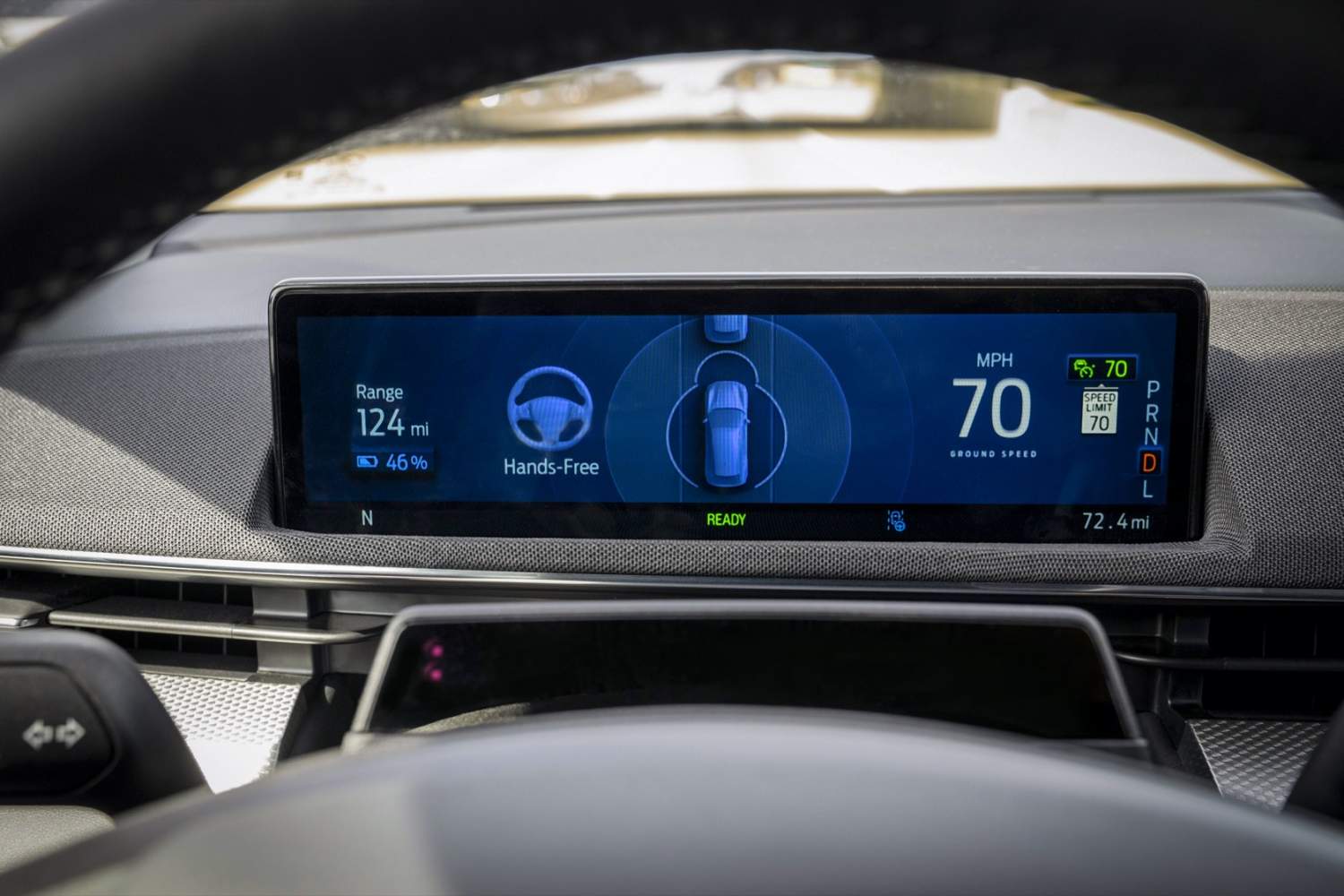 For the Mustang Mach-E, BlueCruise is standard on the CA Route 1, Premium, and First Edition trims. It’s included in the $3,200 Comfort and Technology Package on the Select trim, among other extras.

BlueCruise software, meanwhile, will go on sale in the second half of this year. It’ll be priced at $600, which will include three years of mapping service. Ford says it expects to sell more than 100,000 BlueCruise-equipped vehicles in the first year, and plans to add the system as an option to more of its models over time.

To demonstrate it can be relied upon today, however, the automaker is showing off the results of its 110,000 mile road trip across the US and Canada undertaken in recent months. That saw a fleet of five F-150 and five Mustang Mach-E equipped with BlueCruise travel through 37 US states and five Canadian provinces, to tackle a range of road and weather conditions.

“All 10 test vehicles – one departing from Palo Alto, California, the others from Dearborn, Michigan – spent much of last November and December winding their way across the United States and Canada,” Ford explains. “Test drivers searched for every conceivable road condition and highway driving scenario, monitoring the system’s performance, collecting data and highlighting areas where improvements could be made.”

The road trip followed 500,000 miles of development testing, Ford says, aiming to show just how the system would hold up under prolonged use in atypical conditions. As for what it’s like behind the wheel, we’ll have to wait a few months more to try that out ourselves.