For years now, rumors about foldable tablets and smartphones have been periodically springing up. Two of the companies that are usually at the heart of these rumors are Samsung and, more recently, Microsoft. We’re getting new reason to believe that Microsoft is working on some foldable devices of its own, and it revolves around a new patent filing that has just been discovered.

As unearthed by MSPowerUser, Microsoft has been granted a patent for a new self-regulating hinge. The illustrations that accompany this patent show us a foldable device, roughly around the size of a tablet, that uses the fold to create two distinct surfaces. Could this be the foldable Surface that has been rumored throughout the year? 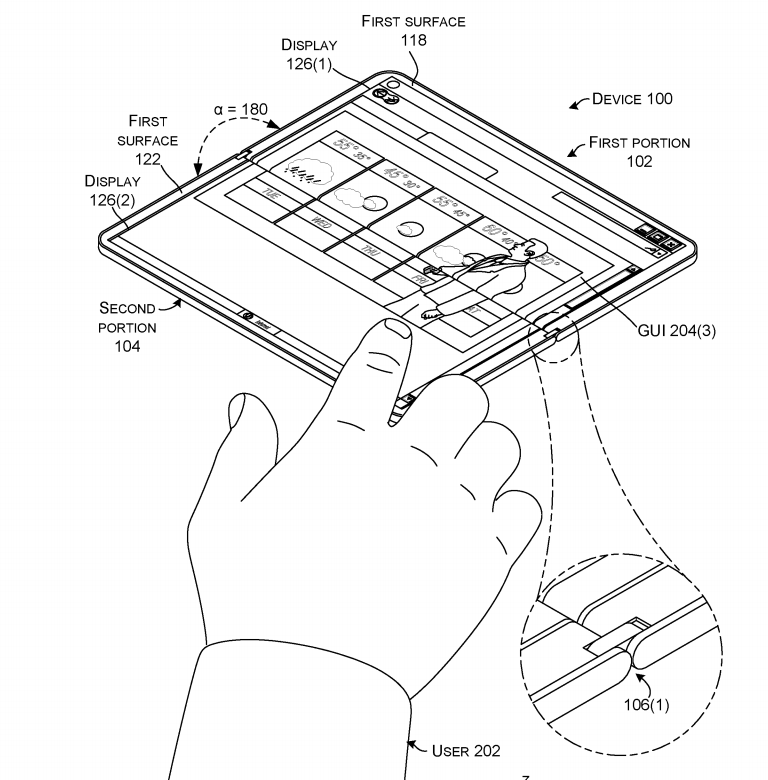 No one knows, but judging from some of the illustrations, it seems to be running a standard desktop OS, as evidenced by the PC-like controls we see in a shot of the browser. The hinge serves a few different purposes besides giving this device a clamshell design. The first is something similar to what we see in other convertible tablets, with the hinge resulting in a number of usage scenarios where the device is used as a flat slate, in a more traditional laptop configuration, and as in a tent-style. 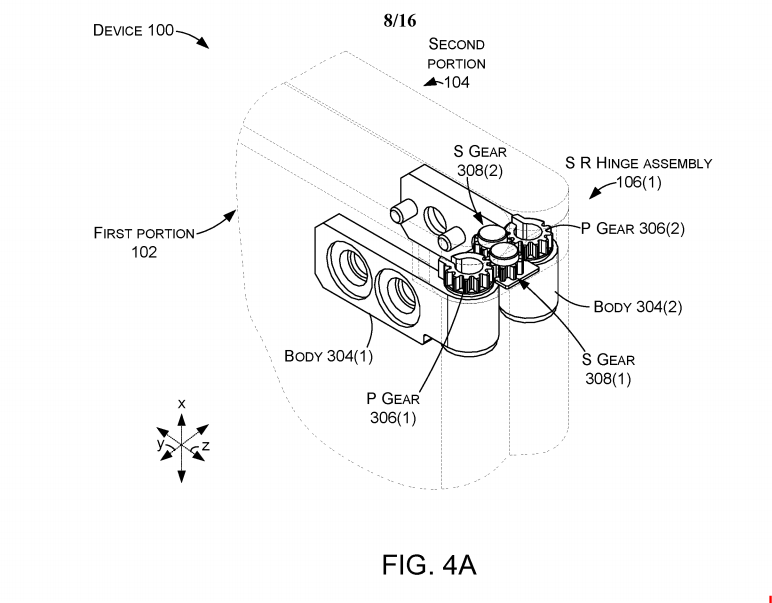 Beyond that, though, the way this hinge is designed allows for no gap or bezel at the fold, allowing for the display to be “seamless” in a sense, even when it isn’t flat. In the end, Microsoft’s design looks a lot like some of the Samsung patents we’ve seen in the past, but that hinge could prove to be a major differentiating factor.

Whether or not we’ll ever see a device using this hinge launch is up in the air. Remember: just because we see a patent, it isn’t necessarily indicative of a work-in-progress product. Still, Microsoft seems to have figured out one of the major problems of a foldable device with this hinge, so here’s hoping it actually gets a chance to put this product to use.