Today we’ve gotten the opportunity to work with the Android version of FLIR ONE, a mobile device thermal imager accessory. This device is effectively a camera in and of itself, requiring only that you use your smartphone as its display. It even has its own power source, with a micro-USB port for charging up its own internal battery. What we’ve seen here opens up our eyes and our minds to a whole new way of seeing the world – like a Predator, of course.

The device we’re using to control the FLIR ONE is a Samsung Galaxy S6 Edge – but the device you use is basically inconsequential. Just so long as your smartphone or tablet has the ability to run the FLIR ONE app(s), you’ll be good to go. There’s also a question about the USB facing one way or the other, but we have assurances from the crew that they’re looking in to an adapter for later this year. 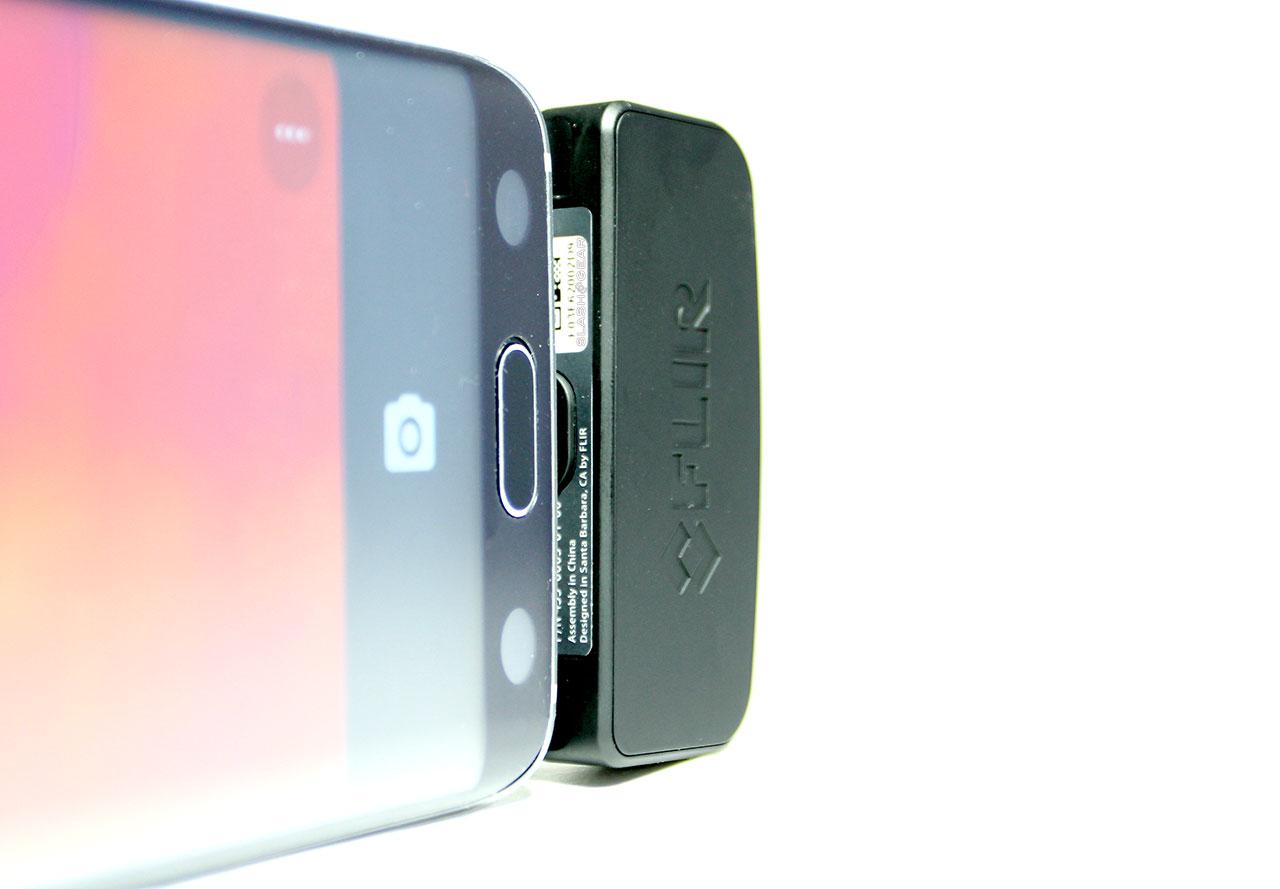 FLIR ONE attaches to your smartphone or tablet with its USB or lightning connector. This device works very much like it did when we first saw it in action at CES 2015 – where we also saw the FLIR C2. See our original FLIR ONE hands-on for more information on where this device gets its roots.

This device uses MSX, Multi-Spectral Dynamic Imaging. The following video will explain what this means, but in short – it’s about being able to see thermal (heat) imaging at the same time as you see the standard human spectrum of light.

As you’ll see in the examples we’ve captured here, FLIR ONE comes with the ability to overlay temperature. You can make this crosshair show you degrees celsius or fahrenheit. 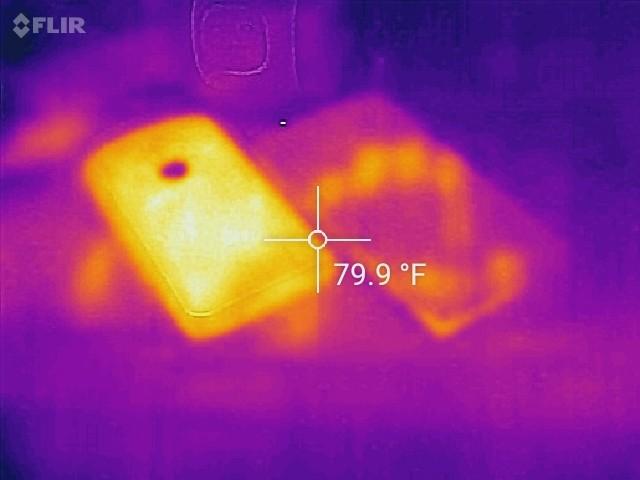 NOTE: It’s important to know before you go on that the software used to capture these images is not 100% final. As such, FLIR ONE can be forgiven for getting temperatures off by a few degrees here or there with these first examples. 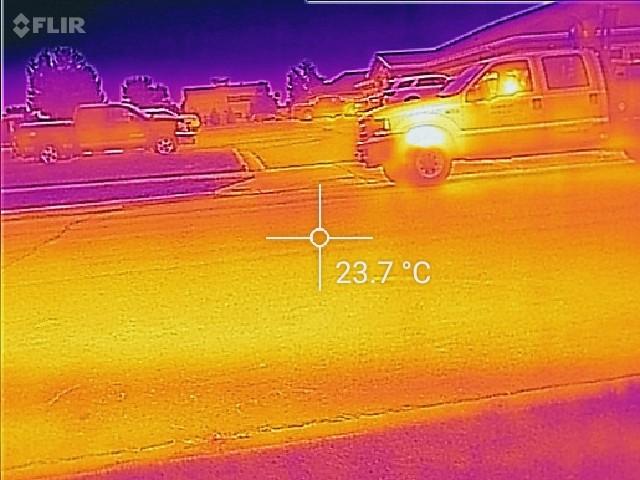 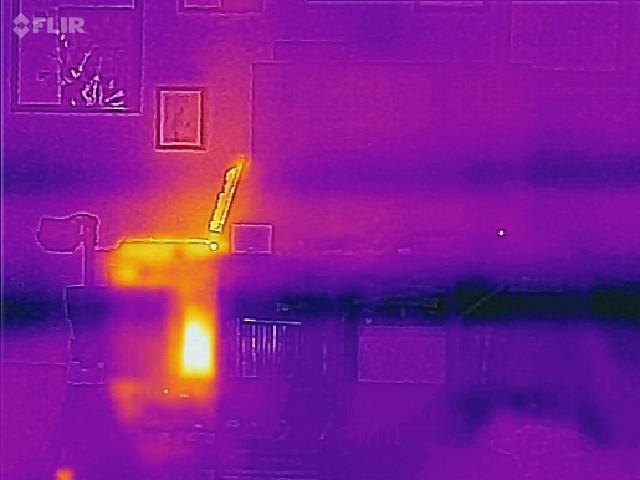 Another place you might use FLIR ONE is in investigations of your entertainment system, seeing potential flare-up points. That’s one hot laptop.

Remember as you’re viewing these photos that they mix the visual spectrum and infra-red, so not everything you see is as it seems. The road sign here, for example. The letters aren’t cooler than the sign, they’re just appearing as such because the camera is picking up their very dark color against the sign’s very light color. 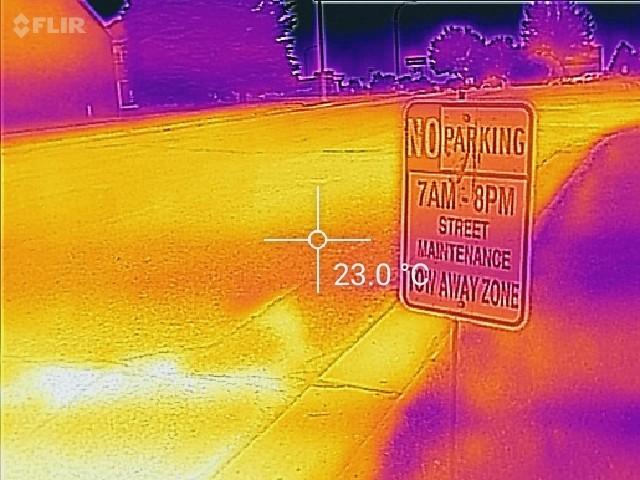 You can adjust the amount of visual spectrum you see as well as the amount of thermal image you see using apps like FLIR Tools. Below you’ll see thermal information only. 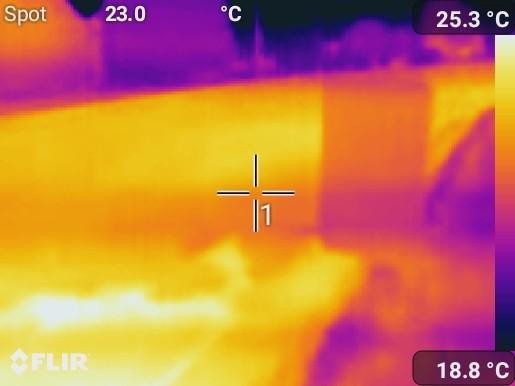 Below you’ll see a video captured with the standard FLIR ONE app. Frame rate isn’t exactly phenomenal – it’s not meant to be – but it does capture sound as well as imagery.

Have a peek at additional example photos below and let us know if you can think of any creative ways – or practical ways – a person might use a camera like this. 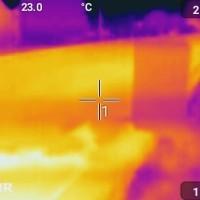 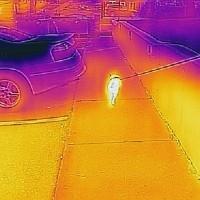 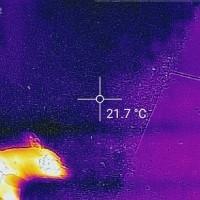 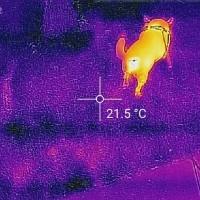 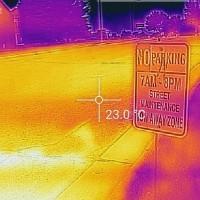 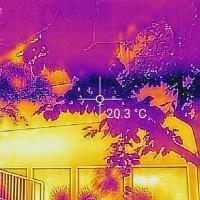 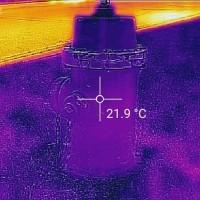 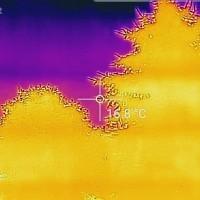 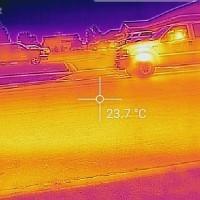 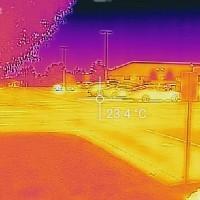 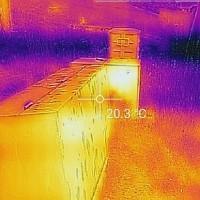 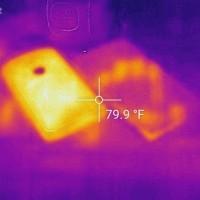 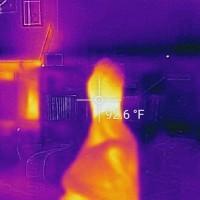 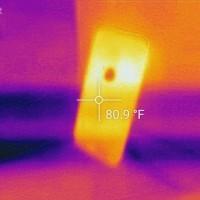 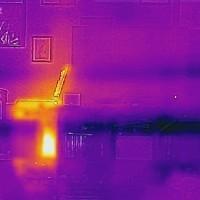 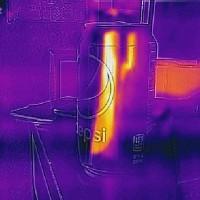 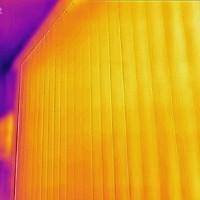 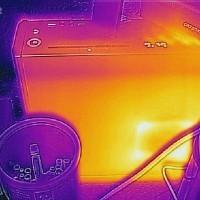 Below you’ll see FLIR ONE on its own – it comes with a handy protective case attached to a neck strap so you don’t need to keep it plugged in to your phone at all times. 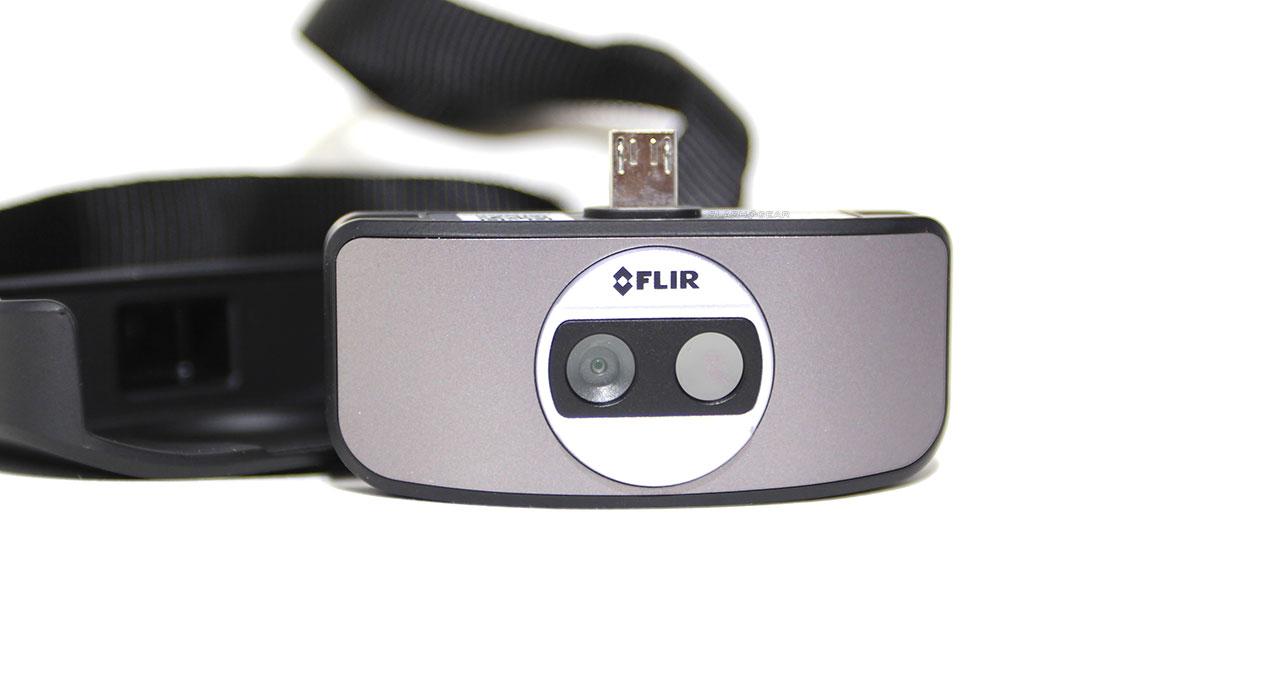