Apple’s future in foldable displays on devices of all sorts hit the rumor fan this week as a patent for said tech passed through the USPTO. This patent defines a device with a flexible display, one which “folds about a bend axis” and uses either OLED or micro-LED lighting technology for its display. This display folds along an axis and includes an inactive tail portion which bends about another bend axis.

The patent described at least one device, if not a plurality of devices that’d all have the ability to fold in a number of different ways. One included a set of “depressed regions between adjacent pairs of ribs [that] may help enhance the flexibility by facilitating bending around bend axis.” They compressed, they expanded, they made this next-gen piece of hardware work in a way we’ve never seen (in the real world) before. 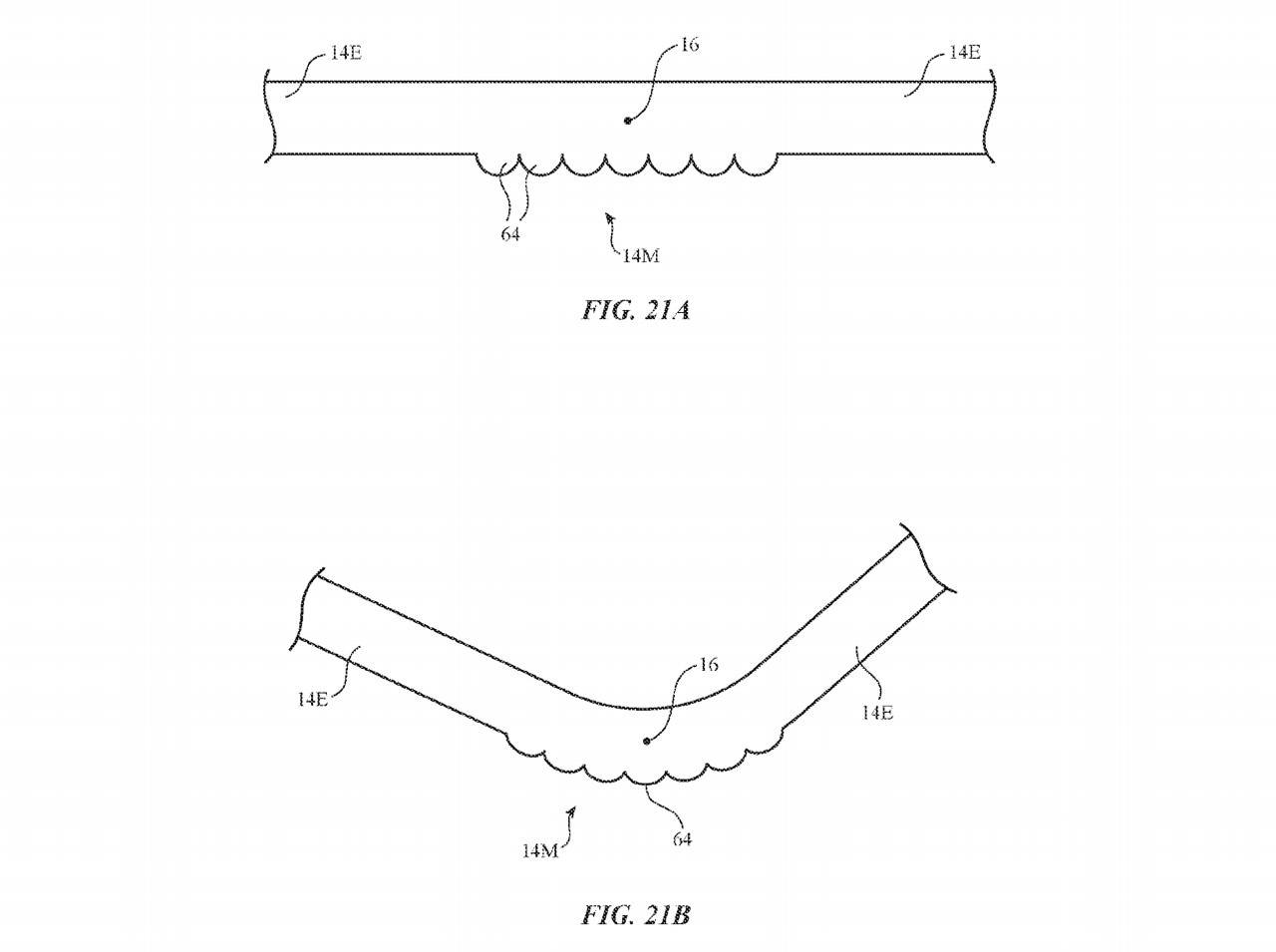 Apple’s patent described the processes which may be gone through with to cut and cure displays to prepare for flexibility. They suggested in this document that the area cut – the flexible part of the device’s future structure – could be filled with a flexible material. Apple suggested these areas could be filled with “a liquid, a gel, foam, a solid polymer (e.g., a soft elastomeric polymer), a liquid polymeric material, or other flexible material.”

The patent addresses the problem of repeated use of moving pieces, too. Not expressly, exactly, but to a small degree, Apple describes accommodation for such an unavoidable situation. “To accomodate either one-time bending or repeated folding and unfolding, the portions of display that bend are preferably resistant to damage (e.g., cracking of brittle layers, plastic deformation, delamination, etc.).” 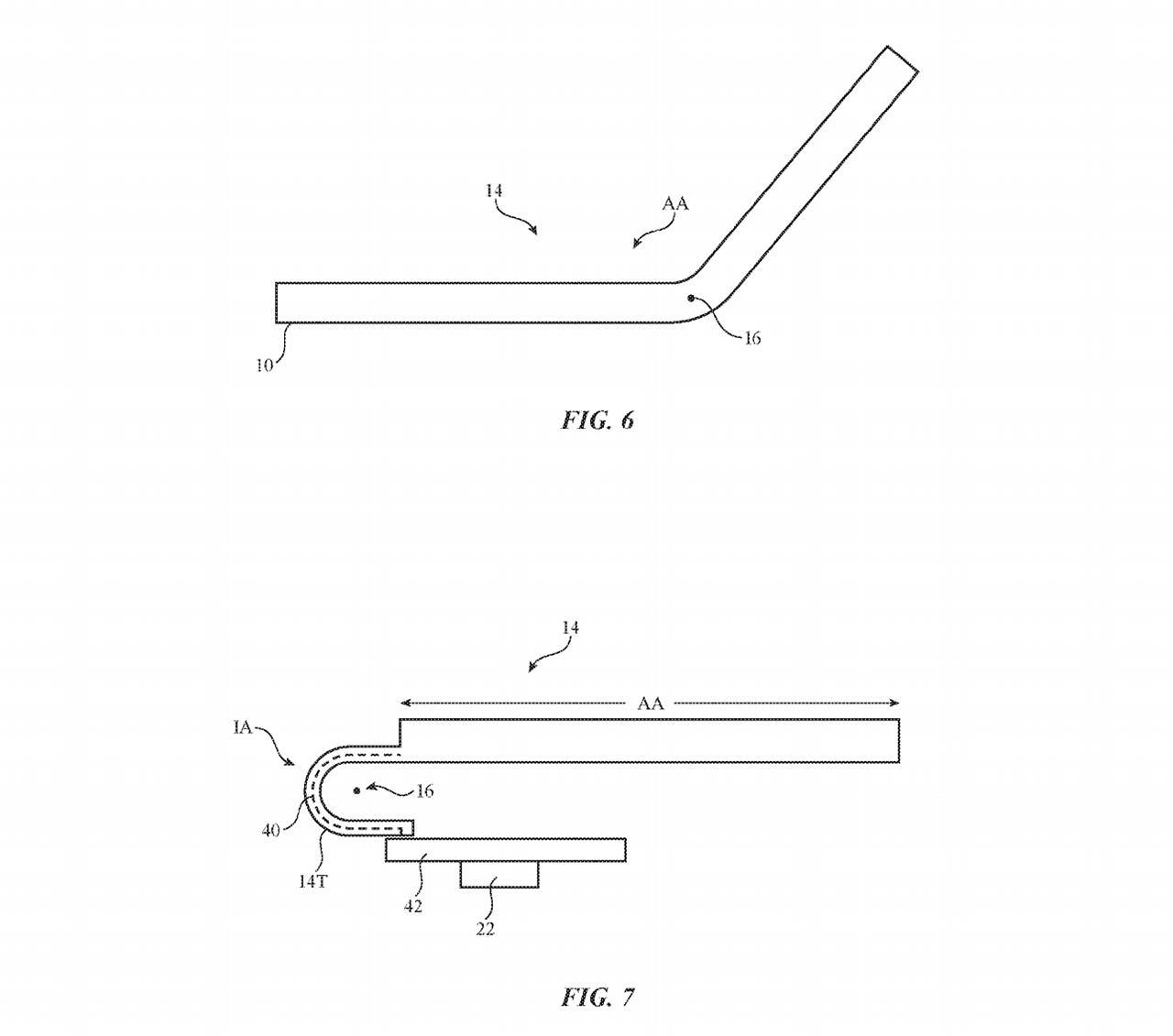 Apple continued, “To help enhance durability, display may be provided with enhanced flexibility regions. These regions may take the form of slots or other openings in the layers of display and may help reduce potentially damaging stresses in one or more of the layers of display during bending.”

The bend was also described by Apple as occurring in “one or more” places on the device. “The bend portions may be flexed back and forth during use of device (e.g., when device is being opened and closed like a book) or may be placed in a permanent bent configuration (e.g., when an inactive portion of display is bent to accommodate mounting in a compact housing).” 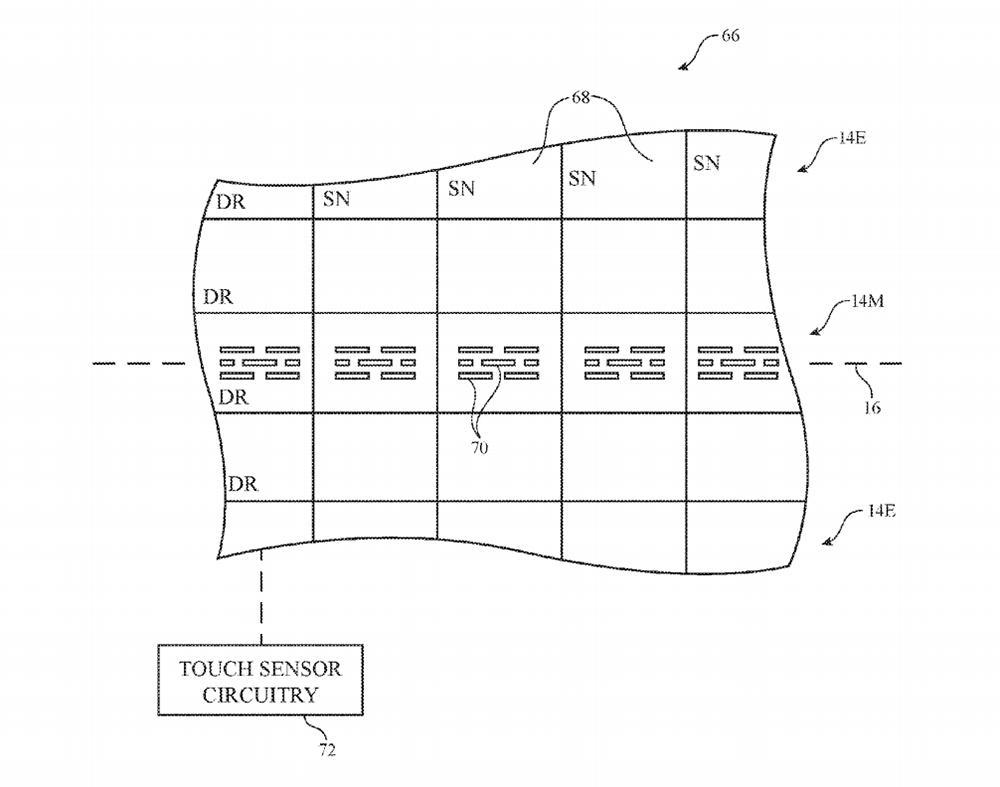 The background of this patent suggests that “electronic devices often include displays. For example, computers, cellular telephones, and other devices may use displays to present visual information to a user.”

OF NOTE: This patent was filed all the way back in April of 2016 and made public by the USPTO just this morning. This means Apple’s been planning at least this one unique iteration of a folded display (the idea portion, here), for at least a year.

Back in July of this year there was a report that LG had secured the rights to supply its flexible OLED panels to Apple. That was just a small part of the puzzle at that time – the bigger news was that Apple would use an OLED in the first place. Fast forward to October 11th – just yesterday – and a report surfaced once again of Apple using LG Display to make flexible OLED displays on a large scale.