Fitbit Sleep Schedule makes sure you get enough shut-eye

It might sound almost paradoxical that an activity tracker would also track the least active part of our daily routine. However, sleep is perhaps the most underrated aspect of health and usually the first to be sacrificed in the name of productivity. The Fitbit app’s new Sleep Schedule feature puts the focus back on the bed (or the couch, if it comes to that) to ensure you get the optimal hours of sleep to actually keep your body fit and healthy.

To some, probably most, sleep is simply just a necessary evil that involves wasting hours that could otherwise be used for work or some other more important activity. But health and sleep experts will argue that skimping on sleep is actually detrimental to that desired productivity. Aside from giving the body time repair itself, sleep is also credited for helping fight against certain types of diseases, improve brain functions, and fight off obesity.

Part of improving the quality of sleep is establishing a consistent sleep pattern and getting enough hours. And that is where Fitbit can help. In line with is coaching features for other types of activities, Sleep Schedule will also suggest hours and times to maximize your sleeping period. Of course, you can still set your own personal sleeping goals and the Fitbit app will work around that, offering suggestions and reminders for when to wake up or when you’re slipping from your habit. You can also view your sleep history chart to evaluate your performance yourself. 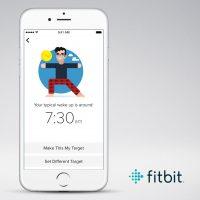 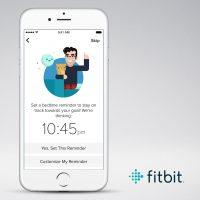 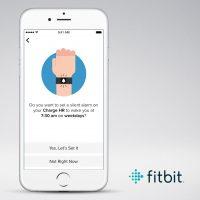 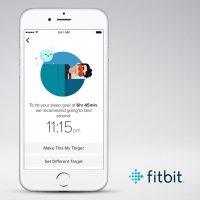 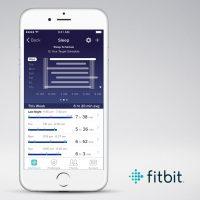 As all of this data processing happens on the app side, the new Sleep Schedule feature is immediately available to all users who have Fitbit trackers with sleep tracking. That includes the Fitbit Surge, Fitbit Blaze, Fitbit Charge HR, Fitbit Alta, Fitbit Charge, Fitbit Flex, and the Fitbit One. All these users have to do is update their Android, iOS, or Windows apps to take advantage of the expertise of Fitbit’s army of sleep experts.