Fitbit has revealed a trio of new fitness tracking wearables, the Charge, Charge HR, and Surge, promising not only health monitoring but Caller ID and sleep pattern tracking. Launching today in the case of the Fitbit Charge, and in early 2015 for the other models, each has a display – OLED on the Charge and Charge HR, and an LCD touchscreen on the Surge smartwatch – and up to a full week of battery life, the company claims. Meanwhile, there’s also the promise of access to the heart rate and GPS data collected by the three, though the Fitbit API.

The Fitbit Charge is the most basic model, resembling – and, indeed, replacing – the previous Fitbit Force with its small monochrome OLED screen.

It can track steps, distance traveled, calorific burn, and how many floors you’ve climbed, then automatically switch into sleep mode to track sleeping and wake times, along with rousing you with a silent, vibrating alarm.

There’s also Caller ID from the smartphone you’ve Bluetooth paired it with, showing name and number, as well as real-time feeding of health stats to Fitbit’s app and web portal. It’s water-resistant and Fitbit has developed a new clasp. 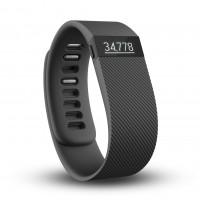 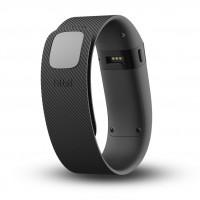 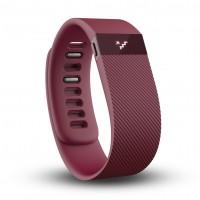 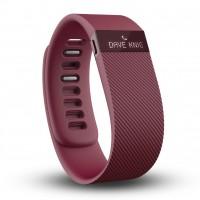 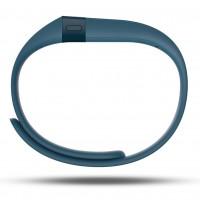 Following on early in the new year is the Fitbit Charge HR. That has the same features as the Charge, but throws in a heart-rate tracker that works 24/7 rather than just on-demand. It uses Fitbit’s own PurePulse sensor technology, an optical heart rate scanner that measures blood volume with LED lights.

Battery life is up to five days, and as well as the usual metrics you can see resting heart rate and heart rate trends, as well as access them on other platforms, potentially, thanks to Fitbit’s API. 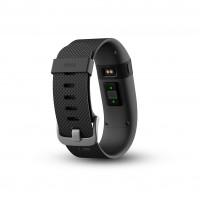 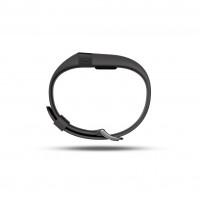 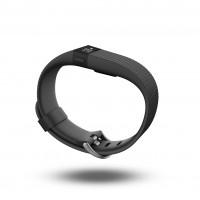 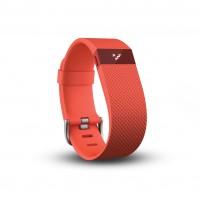 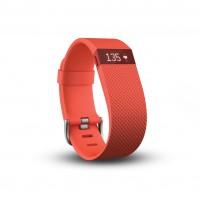 Finally, there’s the Fitbit Surge, the smartwatch of the three. It packs all of the features from the Charge HR, but throws in GPS tracking of factors like pace, distance, elevation, split times, and route history, and blends them all together into workout summaries.

Surge can monitor running, cross-training, and strength workouts – complete with calorie burn, workout intensity, and other metrics – with a total of eight sensors. In addition to the GPS and PurePulse heart rate monitor, there’s a 3-axis accelerometer, gryoscope, compass, and ambient light sensor.

In addition to Caller ID, the smartwatch can show text message alerts, and be used to remotely control music playback through its monochrome touchscreen. Battery life is up to seven days, Fitbit claims. 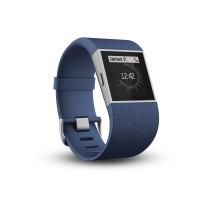 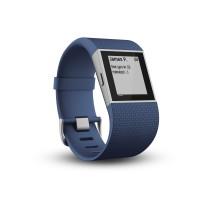 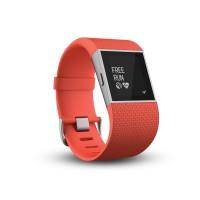 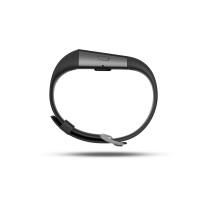 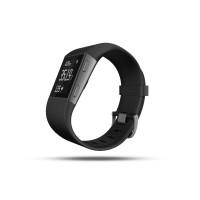 In all, they’re comprehensive updates to Fitbit’s line-up, but then again the company can’t afford to play things safe. Android Wear smartwatches are increasingly adding health tracking capabilities, and fitness is a key part of the Apple Watch promise when Apple’s wearable arrives in the new year.

Finally, Fitbit Surge will also hit in 2015, for $249.95, in black initially and then blue and tangerine after. 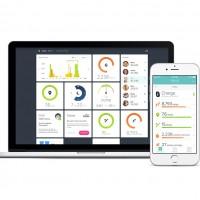 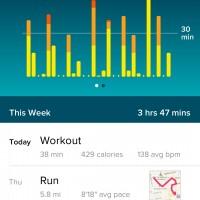 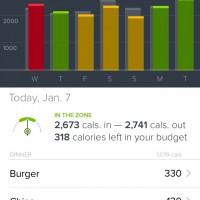 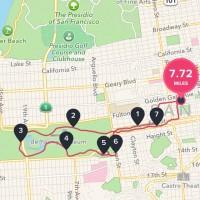 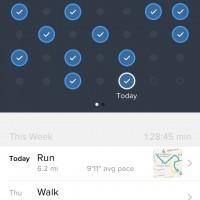