Fisker Ocean with Force E package is ready for the wilderness

The Fisker Ocean with the Force E package is an extreme off-road version of Henrik Fisker’s hotly-anticipated all-electric SUV. The Ocean made quite a splash with its stylish looks, sustainable vegan-themed construction, and built-in solar panels in the roof. But with the Force E or Force Electric package, it transforms the Ocean from a silent boulevard cruiser to an all-conquering off-road machine.

Apparently, this Force E package is just one of four appearance packages for the Ocean SUV. Based on what we’re seeing, the package includes a generous set of rugged upgrades along with some nifty features along the way. 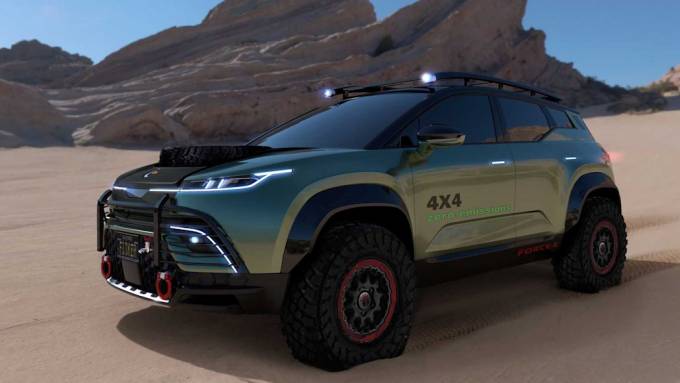 Of course, the upgrade starts with a new set of shoes. Where a standard Fisker Ocean comes with elegant alloy wheels and all-season tires, the Force Electric package has off-road specific bead-lock wheels wrapped in chunky all-terrain tires. Helping the cause are lifted and modified suspension components for better ground clearance.

And it doesn’t stop there. Fisker was kind enough to include brush guards, tow hooks, and a set of auxiliary lighting mounted on the standard roof rack and in front of the car. Meanwhile, the upgrade also includes a tool mount on the liftgate and a spare tire on the hood, no less inspired by the original Series I Land Rover. 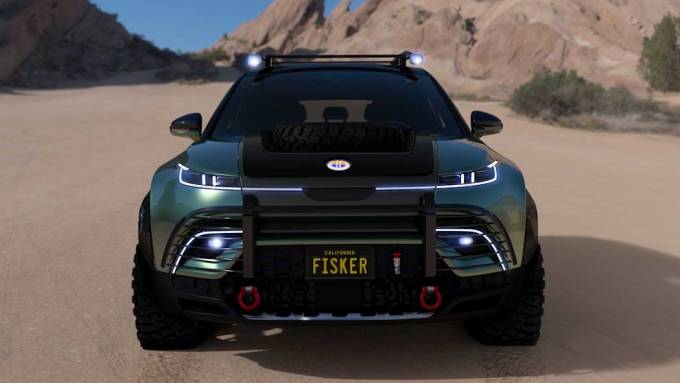 There are more features in store. Look closely and you’ll find a tap located next to the license plate, which dispenses clean drinking water via a potable water tank in the front trunk. We’re not entirely sure if the faucet is removable or screwed into place, but it’s a great way to stay hydrated when camping in the wilderness.

The performance specs are still unclear at this point, but standard models of the new Fisker Ocean will come with an 80 kW battery pack, good for around 150 to 300 miles of range. Also, the Ocean is available with one or two electric motors with either a two-wheel or all-wheel drivetrain. The Force E Package is offered in the dual-motor AWD model with around 300 horsepower to play with. 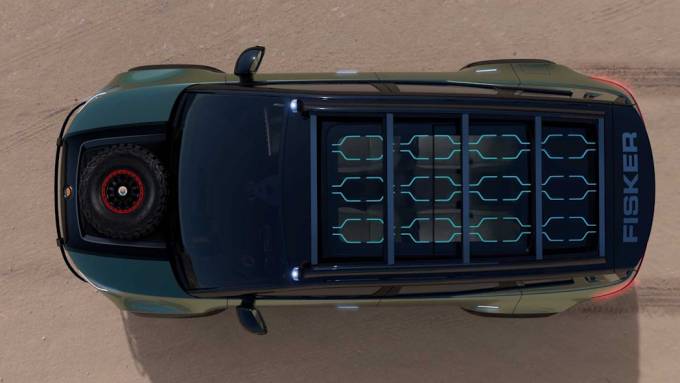 It measures 182 inches long, 76 inches wide, and a height of 64 inches. It’s about the same size as a Chevy Equinox and is longer than Toyota’s RAV4. The Fisker Ocean electric SUV is slated to arrive in late 2021. With prices starting at around $37,599 (before federal tax credits) the Ocean is more affordable than a base Tesla Model 3 and Model Y. 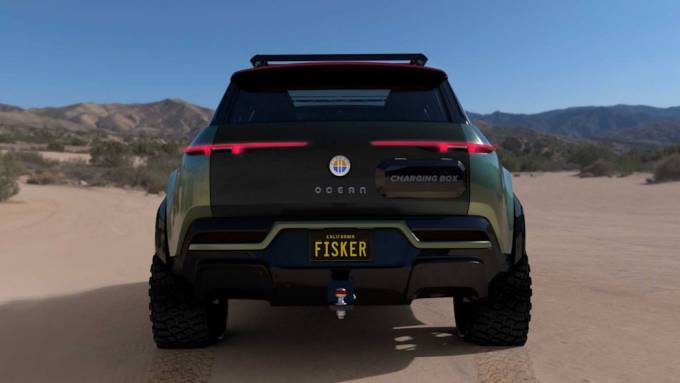 And yes, the Ocean’s California mode is standard across the range. It’s an innovative feature that slides down all the windows of the car by pressing a single button. It also has a Targa-style removable roof panel for a true open-top driving experience.