Less than an hour ago, NASA accomplished a new feat of engineering supremacy with the landing of the Curiosity Rover to the surface of Mars – and the first photos from that craft have been sent back to Earth already. As it was revealed about and around the landing sequence for this craft, the delay between the tech on the planet now and us here at home on Earth is about 14 minutes. What we’re seeing now are photos taken from the Curiosity River and projected back to our planet in less than a half hour – fresh as we’ve ever seen them!

What you’re seeing are some rather dusty images straight from the Curiosity Rover as it’s touched down on the planet Mars. These are the first bits of data we’ll be receiving from the planet that’ll be able to be made sense of by the masses. For all information regarding new forms of life, little green men, and signs of water, we’ll have to wait a bit longer. 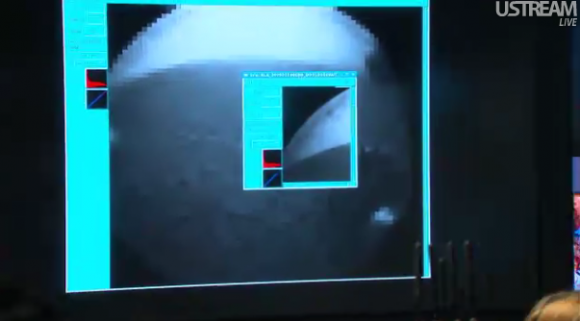 You’re seeing shadows of the rover as it sits on the surface of Mars as well as images of its wheels. There are only a few small images at the moment, but more are certainly on the way from NASA very soon. The reason the view right now is so very dusty is that the area surrounding the craft is essentially one massive cloud of debris blown up by the landing sequence. Subsequent shots of the surface of the planet will be clearer – we hope!

Have a peek here at these rather tiny images and stick around as much more lovely versions and future shots appear. And have a toast for NASA – we’ve just lived through history!