Firefox Launcher for Android demonstrated ahead of debut

You’d be hard-pressed to find a need for which no app exists, and with increasingly higher capacities, the average user’s smartphone is likely packed with apps that span multiple screens, some doomed to be lost in the shuffle. Mozilla aims to solve this problem with its EverythingMe-powered contextual homescreem Firefox Launcher for Android.

At the InContext Conference today, Mozilla and EverythingMe joined forces to preview the homescreen replacement, which it promises will serve up mobile users the content they want when they want it. There’s said to be a particular optimization for smartphones, and works by combining EverythingMe’s app search with Mozilla’s Firefox for Android. 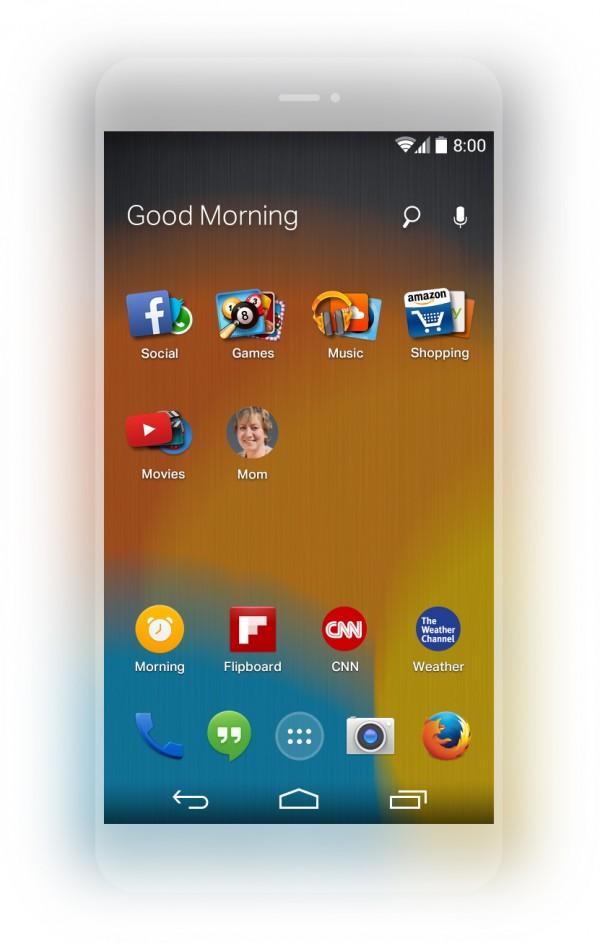 The end result, it says, is a personalized Web experience that can be customized for the individual user. The launcher is still in development, according to a blog post from Mozilla today, and it’ll be gearing up for a beta launch soon. Until then, they’ve dished up the screenshot you see above, which aggregates apps into relevant categories.

As part of the launcher, users will be presented with apps they may want to download in addition to ones they already have. Under this feature, EverythingMe earns revenue sharing on any monies that result from things like app referrals and sponsored content. If all goes as planned, the beta launch is set to happen in a measure of weeks, though precisely when wasn’t detailed.