Figment VR makes the case for iPhone virtual reality for everyone

Today the folks at Quantum Bakery LLC have revealed an iPhone case that has a set of flip-up lenses to transform into a VR headset. While you’re not getting the same sort of headset you’d get from Oculus – not by a long shot – this system allows you to keep the entire VR experience (as presented by your phone) in your pocket. This is the next step between the VR experience being accessible (read: low effort enough) for the whole world to experience.

What Quantum Bakery are trying to do with the Figment VR iPhone case is not only protect your device whilst on the go, but also add your portal to a revolutionary experience. If you’ve never tried on a virtual reality headset for your mobile device – or indeed a full-functioning VR headset made in the past few years, you’ve been missing some awesome experiences. Figment VR wants to alleviate that.

The case itself has very little to do with what you’re doing on your iPhone as far as control. You’re still using the smartphone’s touchscreen to control everything.

Above you’ll see the two pull-clip buttons that allow the VR eyepieces to swing out from the back of the accessory, out, and up to the front of the case so they can be used to view your iPhone’s display.

The only thing we’re not entirely onboard with in this project is the $79 purchase price. While there’s a Kickstarter out there right now for the Figment VR where you can get an “early bird” version for $49 (assuming the project gets funded), the price needs to be a lot lower to make this sort of case hit the masses. 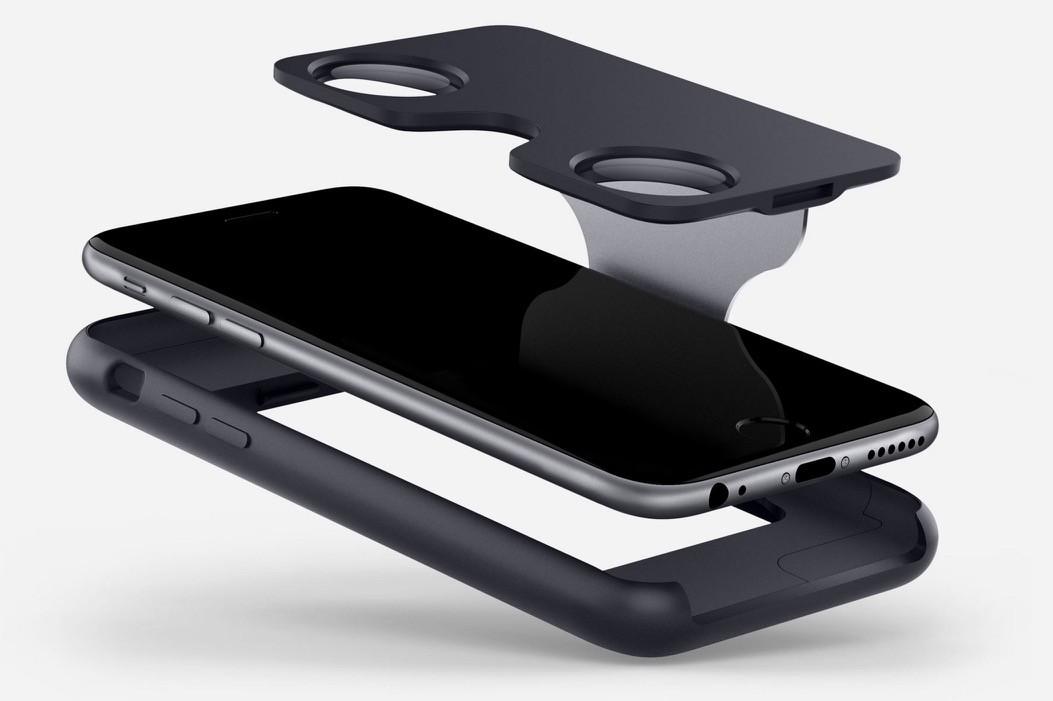 We’re more interested in the idea that cases like this could be made for cheap – maybe even free. Think of how simple it’d be to make them out of lighter materials. Like… cardboard!