Could this be the most beautiful Ferrari in years? The Ferrari Roma has been revealed today in Italy, and – like the city it’s named after – it’s a mesmerizing combination of the familiar and new. Of course, Italy’s capital doesn’t have a turbocharged V8 engine to play with.

The 3.9-liter turbo V8 under the shapely hood of the Roma is good for 611 horsepower and 561 lb-ft of torque, each admirable numbers. They mean the new Ferrari can do 0-62 mph in just 3.4 seconds. 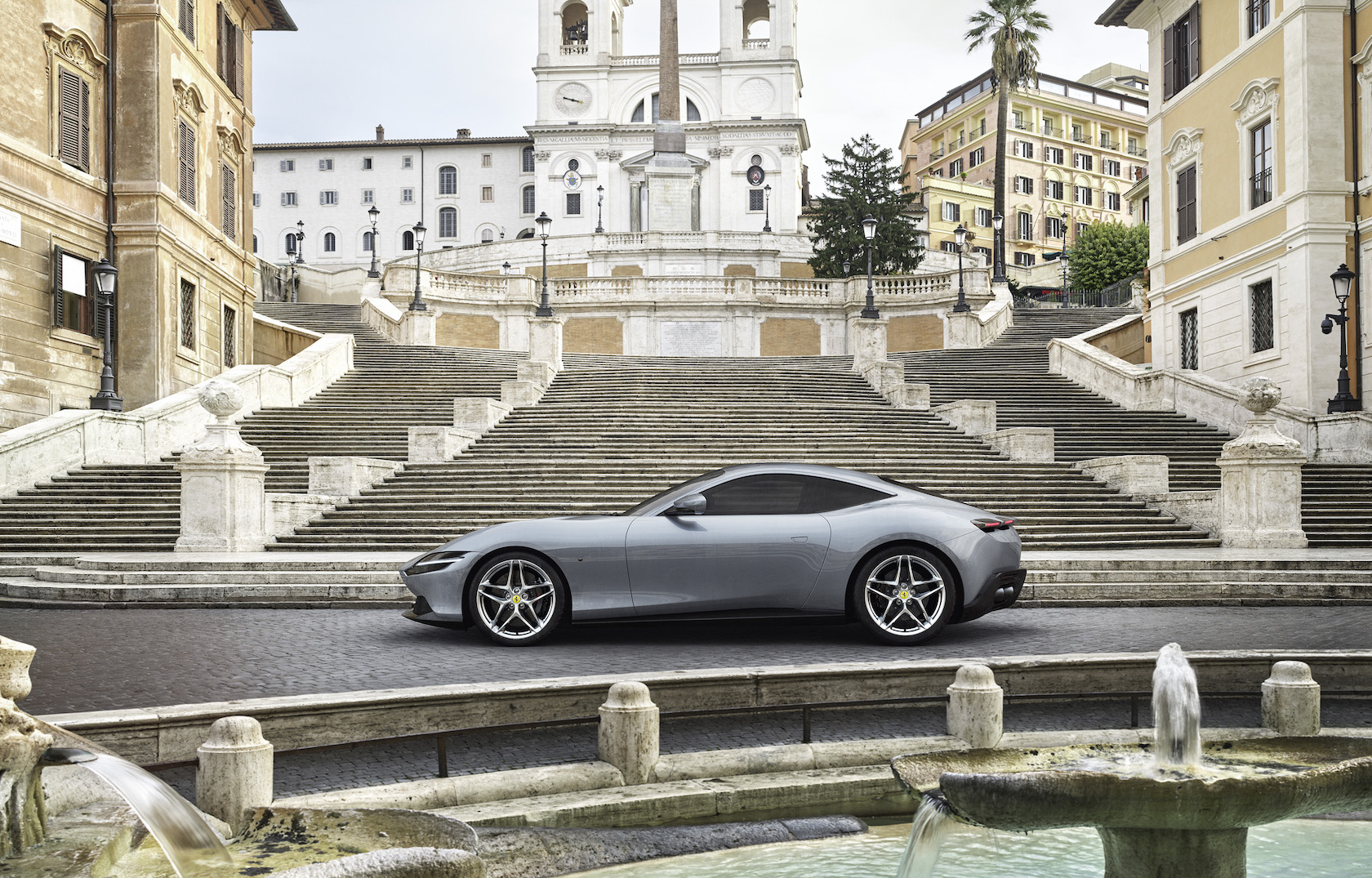 0-124 mph, meanwhile, clocks in at a similarly-impressive 9.3 seconds. The top speed, the Italian automaker says, should exceed 198 mph, assuming you have a straight line to point the Roma in. The V8 is paired with an 8-speed DCT gearbox, which Ferrari previously used on the SF90 Stradale.

Certainly, then, it’s fast. Just as you’d expect a Ferrari to be, frankly. What’s more notable is simply how good it looks. 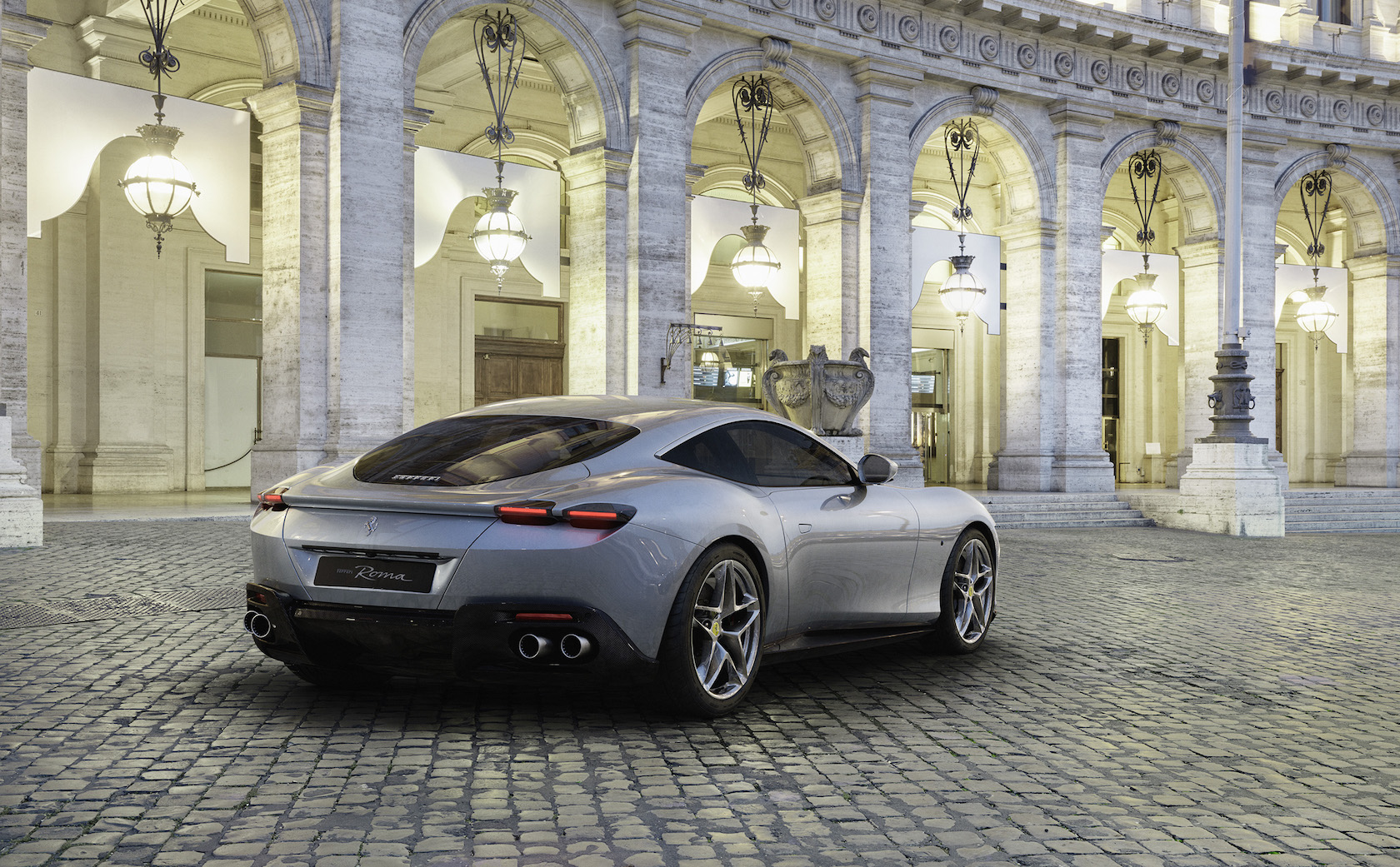 Ferrari – like other supercar-makers – has been criticized in recent years for its design, which some enthusiasts have dared suggest is coming second to outright performance. The demands of aerodynamics and various active and passive trickeries to shape airflow across a vehicle if you want to ensure downforce have resulted in more scoops, scalloping, and general styling swerves than the Ferrari of old.

For some, that visible engineering is part of the modern charm – and goes hand in hand with the overall performance. Others, though, are probably going to be quickly seduced by the Roma’s more shapely curves. Indeed, the automaker says that it’s intended to be “a contemporary representation of the carefree, pleasurable way of life that characterized Rome in the 1950s and ’60s.”

To my eyes, it’s Ferrari’s cleanest design in some time, though I’ll admit that style is subjective. There are hints of other automakers in there, too: a little BMW Z8 from some angles, along with some Aston Martin from others. No bad thing, frankly. 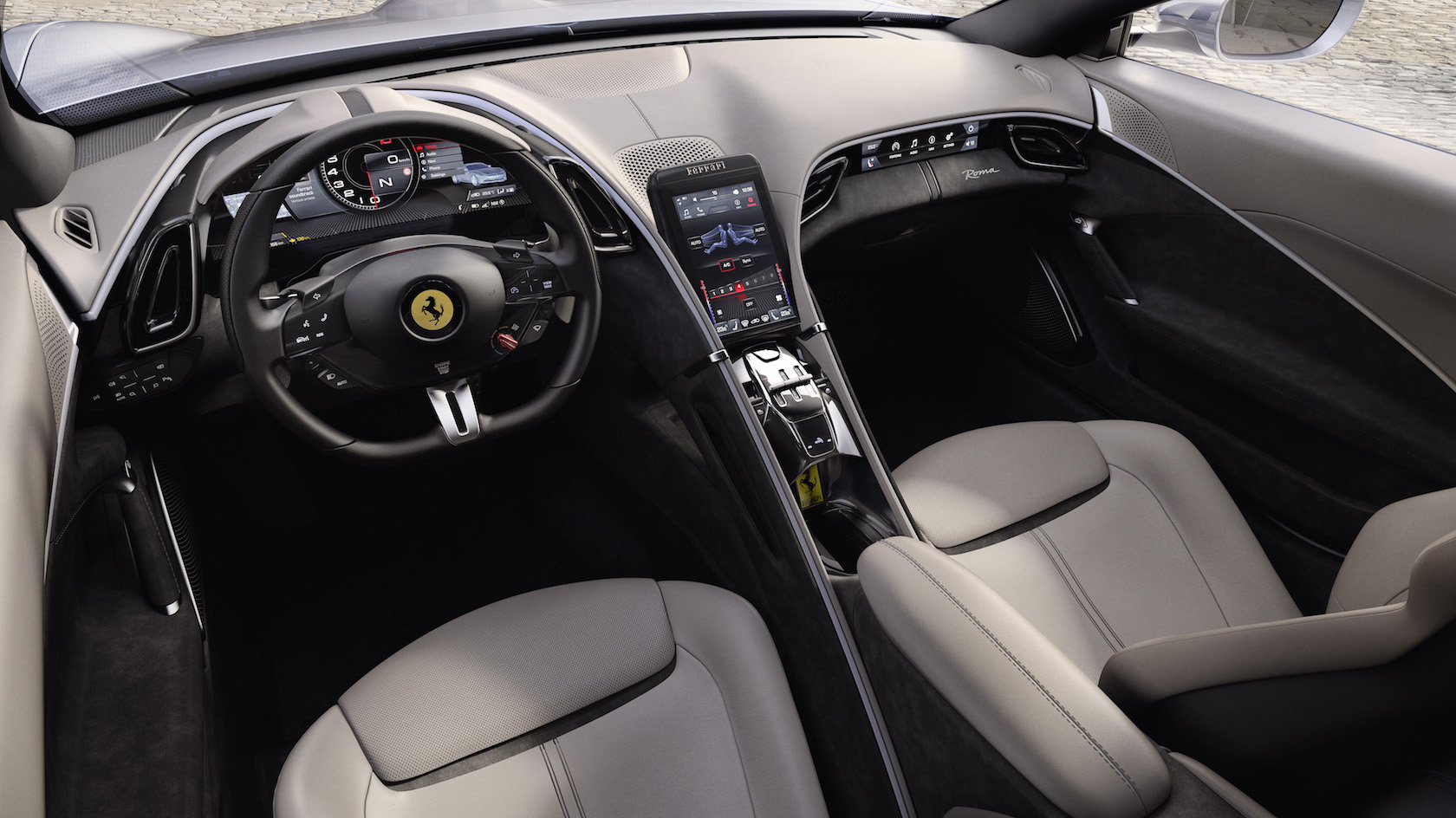 Ferrari describes the Roma as a “2+” front-mid-engined coupe, which raises the question of just how many people you could hope to fit in the back – if any. Certainly, the cabin is focused on the two main seats, and the dashboard isn’t short on technology. As well as digital instrumentation for the driver and a touchscreen in the center console, there’s a third display integrated into the dashboard ahead of the passenger. 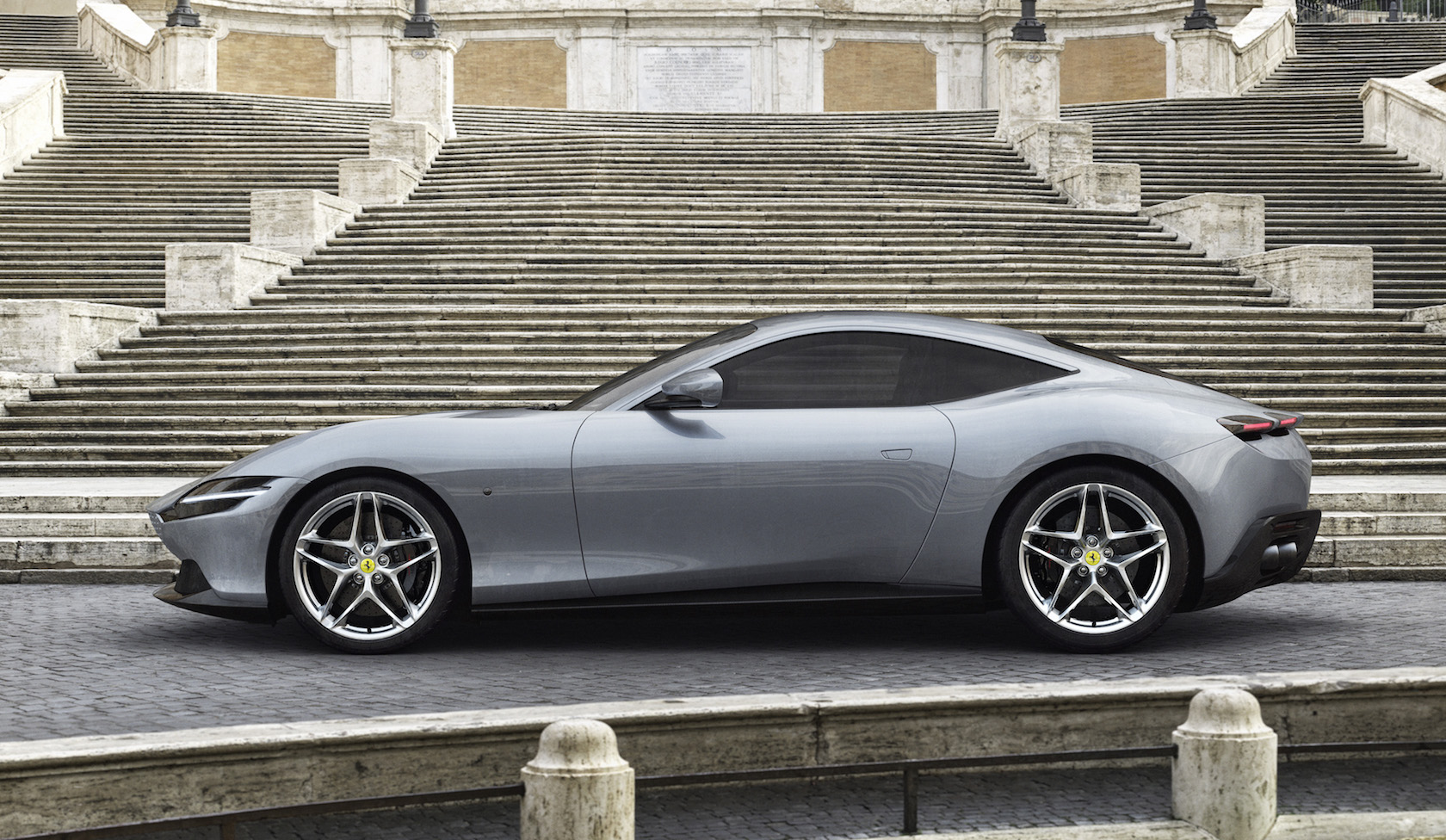 That offers individual access to the HVAC controls, along with multimedia and navigation. There’s also the ability to tap into the car’s performance metrics, so you can figure out just how fast you’re actually being driven.

What Ferrari isn’t saying at this point is just how much the Roma will cost. That probably means we can’t afford one, but it won’t stop me wishing.