FCC protects “too big to fail” GPS from LightSquared interference

Today it appears that the FCC has laid down their final (or near-final) judgement of the LightSquared ruling, this judgement saying that because LightSquared’s method for transmitting broadband internet interfered with GPS signals across the USA, they would not be allowed to operate. LightSquared has of course again contested the ruling saying that the testing done by the FCC was “severely flawed” and that they “profoundly disagree” with the results, equating the GPS market with “too big to fail” companies of early 2011 – bailout-receivers like the auto industry here in the USA.

In calling the GPS industry too big to fail, the folks at LightSquared have noted that instead of improving their devices to avoid LightSquared’s frequencies, they’ve simply had the government outlaw LightSquared’s usage of the seemingly completely legally usable frequencies. Jeff Carlisle, LightSquared’s executive vice president for regulatory affairs and public policy, wrote the following on the matter:

“GPS manufacturers have been selling devices that listen into frequencies outside of their assigned spectrum band — namely into LightSquared’s licensed band. The GPS industry has leveraged years of insider relationships and massive lobbying dollars to make sure that they don’t have to fix the problem they created.” – Carlisle 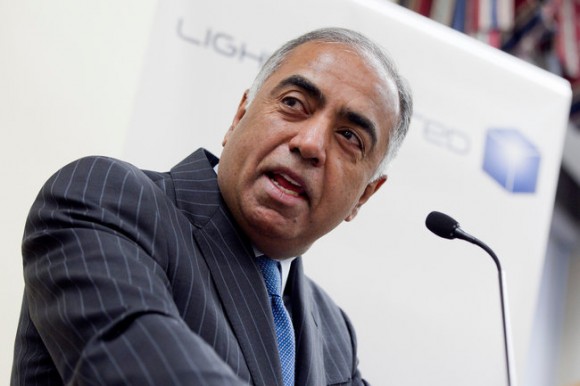 Telecommiunications experts speaking with the NY Times have noted that interference between LightSquared’s signals and GPS signals is a tricky subject for the FCC because the interference itself appears not to be the fault of LightSquared’s at all. The GPS band on the electromagnetic spectrum is right next to the airwaves of satellite-telephone segments used by LightSquared, this making it quite easy for GPS devices to hear those extraneous transmissions. So instead of calling on GPS manufacturers to create devices that do not stray into nearby airwaves, the FCC is shutting down LightSquared’s use of the airways they should, if it weren’t for GPS, be able to use.

Because the GPS industry is too gigantic and a change on their part would be undeniably costly, the FCC is simply not allowing LightSquared to move forward. the commission will be sending out a request for public comment on Wednesday for the proposed action – so it’s not over yet!