Today we’re taking a look through the FBI’s Internet Crime Complaint Center (IC3) “Internet Crime Report” for the year 2018. This document shows statistics on crimes reported to the FBI, as well as total crimes committed on the internet in the calendar year 2018. This year saw nearly twice the amount of estimated total financial loss through the year VS 2017, easily the biggest jump since tracking these statistics began.

Many modern scams still use email

The “Payroll Diversion” scam is a good example of how victims have little or no idea they’ve been the victim of a crime until it’s far too late. The IC3 received just 100 calls about this specific scam in 2018, but losses racked up to an estimated $100 million USD.

So, yes, email scams are still a thing. Email scams still fool hundreds of thousands of people each year. If the IC3’s estimates are correct, Business Email Compromise losses in 2018 racked up over $1.2 billion. 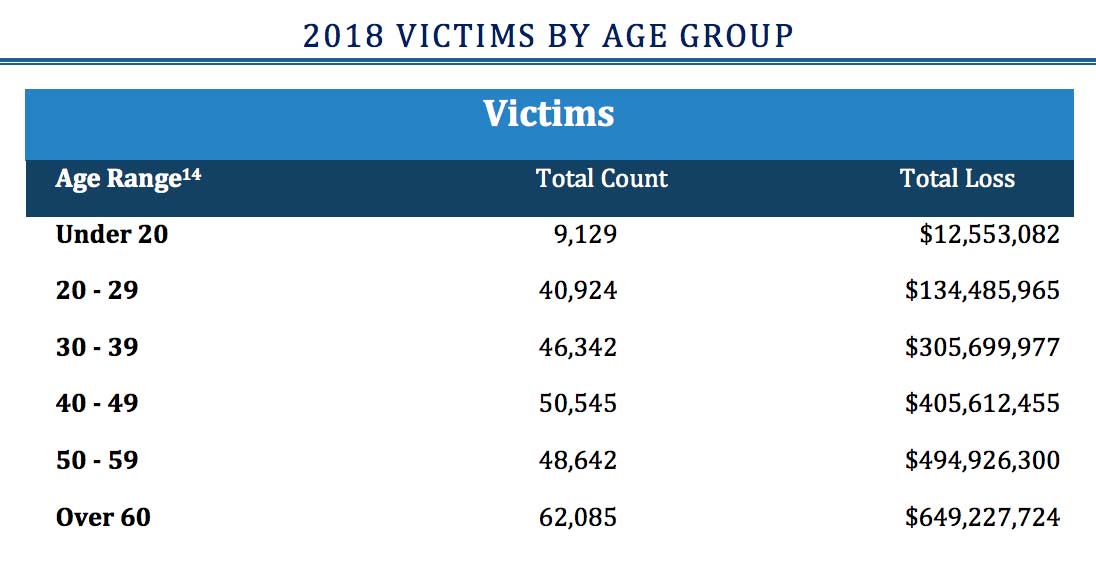 You’ll notice that the count drops off significantly below 20 – very likely because of the age requirements for certain privileges here in the United States. You’re not likely going to be scammed out of the money you don’t have – and you’re not likely set to complain to the FBI if you’re too young to know its internet crime complaint department exists.

Inside the United States, California is (unsurprisingly, due to its size) the most victim-filled state of the year 2018. After that it’s Texas and Florida, followed by NY, PA, VA, IL, and WA. Colorado and Georgia had between 4,000-9,999 victims in 2018, and all other states had fewer. 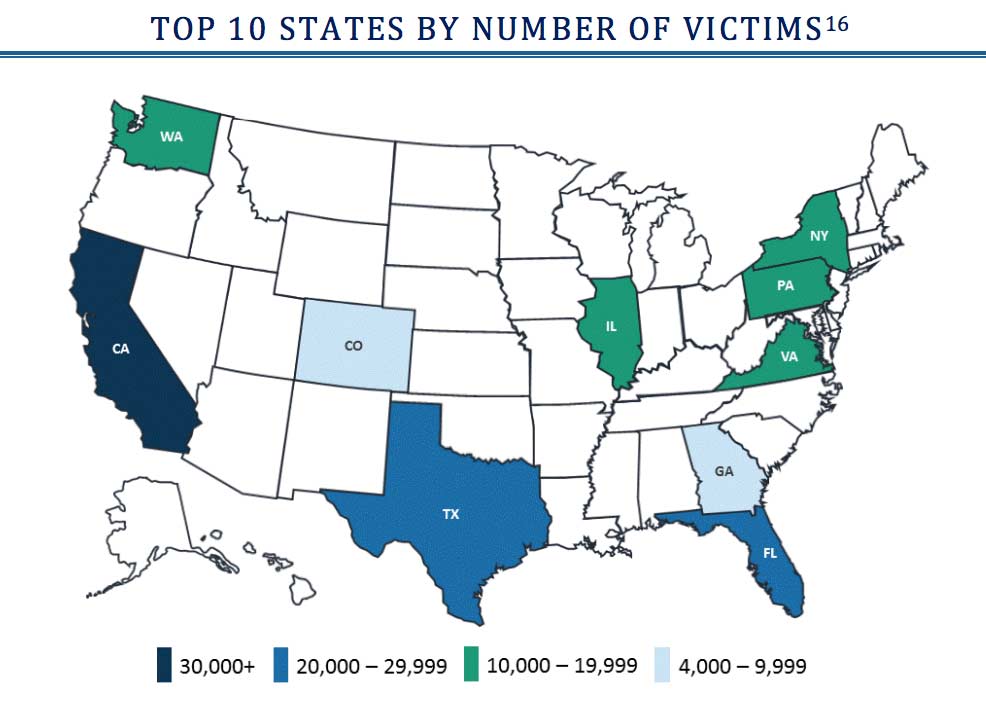 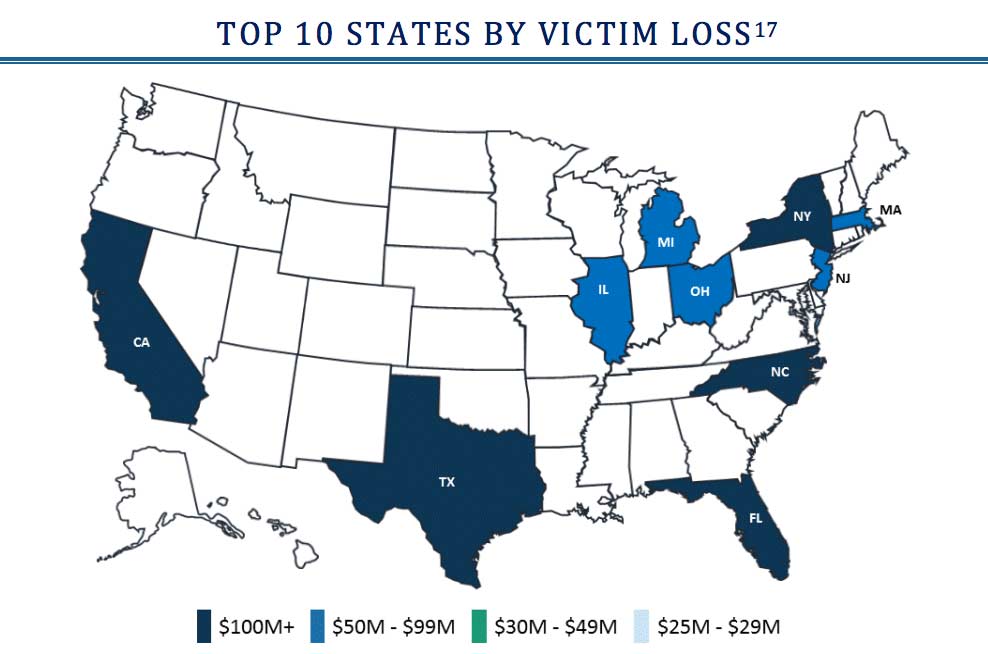 The top states by monetary loss are, in order, California, Texas, Florida, New York, North Carolina, Ohio, Illinois, Michigan, New Jersey, and Massachusetts. Each of the top 5 states on that list lost over $100 million in 2018.

Notice how North Carolina isn’t in the top 10 states by amount of victims, but it’s pretty high up the list for amount of cash lost. That means people are very effectively losing money-per-person there, or they’re just too slow on the uptake… Or some third, less exciting option, like the FBI being less effective about connecting with local law enforcement in NC, thereby leaving the citizens of NC more likely to find themselves the victim of an internet crime.

Below you’ll see a set of additional statistics on 2018 Internet Crime. These bits and pieces show breakdowns of the top states, different crime types, and amounts of losses. Notice the appearance of Virtual Currency multiple times – right alongside Social Media. 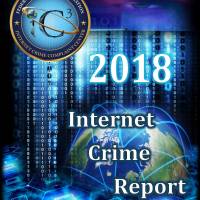 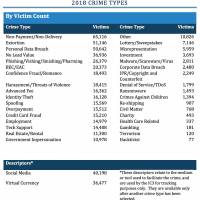 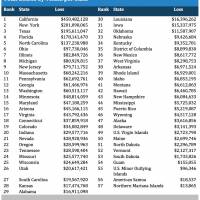 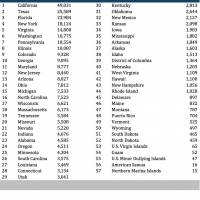 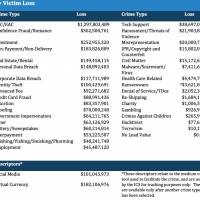 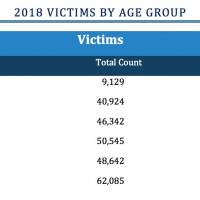 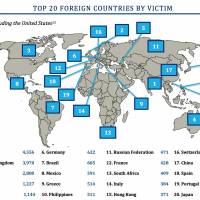 Also notice how the IC3 uses some of the most outdated e-graphics in the entire world. There’s code from The Matrix* on their report cover! *Actually more like pseudo-Matrix, since it’s not the actual Matrix code, it’s just 10101 binary. Look at all that Internet!

Despite the relative lack of graphic design finesse the IC3 exhibits here, they actually do bring the ban hammer to internet criminals aplenty, all year long. To launch a complaint about some internet crime you’ve experienced, head over to the FBI IC3 complaint page right this minute!