The social network known as Facebook is such a force in our modern culture that we’re discussing the ins and outs of comments on comments. Not even comments, but acknowledgements of comments – the “thumbs up” button on a comment inside the social network, the button you press when you don’t want to take the time to type words, but you feel obligated to let the person know that you’ve read their comment. To them, CEO Mark Zuckerberg says, good job, keep doing what you’re doing.

Zuckerberg spoke this week at a public forum for the company in Menlo Park, California. It was there that he let loose his most recent comments on the infamous “thumbs down” button that does not yet exist. Does not exist, that is to say, in the Facebook you work with in the web browser.

NOTE: This Q&A session was held live on the 11th of December, 2014. This event can be seen in replay at Facebook.

You CAN get the Facebook thumbs-down button – but only in the thumbs-down for Messenger. Outside that behind-the-scenes bit of Facebook, there are no thumbs-down situations allowed. 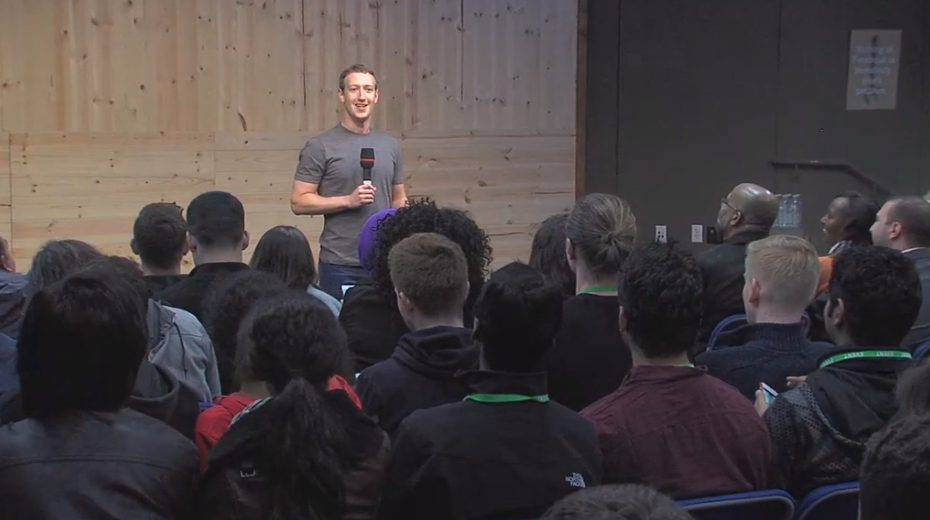 Zuckerberg continued, “some people have asked for a dislike button because they want to be able to say ‘That thing isn’t good.'”

“That’s not something we think is good for the world. So we’re not going to build that.”

For those of you that want to acknowledge a post that’s not positive, Zuckerberg suggests that “you can always just comment.”

What do you think, would a thumbs-down button be used for evil, or is the need for this “dislike” option great enough that Facebook’s developers should reconsider?