Facebook Stories are heading to desktop: feature in testing now

Back in March, Facebook launched ‘Stories,’ a Snapchat clone that has, predictably, become pretty popular among the service’s users. While that feature launched only on mobile and still is only available through the app, it will soon be making its way to the desktop version of Facebook, the company has revealed. Desktop Stories are currently in testing.

In its present form, Facebook Stories reside in the Facebook mobile app above the text field in which you type your status. The Stories are found as circular bubbles in which the user’s profile photo is visible alongside their name. Whatever you share within these Stories only stick around for the day, ultimately disappearing after 24 hours. 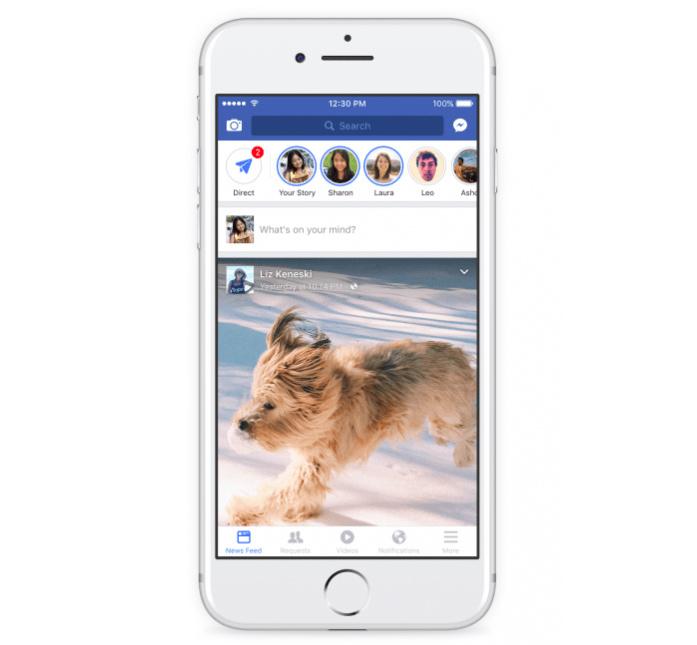 While Stories appear at the top of the news feed on mobile, as shown in the screenshot above, they’re located off to the upper right-hand side when viewed on desktop. They otherwise remain the same, featuring the user’s first name and profile photo. Some users are seeing this feature now, and Facebook confirmed to TechCrunch that it will be expanding it to other users in the future.

Disappearing content was made popular by Snapchat, which enjoys a massive young user base that once populated Facebook. The company — Facebook, that is — introduced a stories feature on Instagram first, which has millions of daily users. It then expanded the feature to Facebook mobile; bringing it to desktop only makes sense, ensuring as many of the service’s users are aware of the feature as possible. You can also find Stories inside of Messenger.