To begin their presentation, Facebook sent out Mark Zuckerberg himself. He lets us know about iPhone Facebook: Updating Places to improve tagging and Groups will now be included, and Android Facebook: Traditionally been sort of behind because they were working with a group that Google bought before they were able to launch, now they feel like they’re going to be up to snuff. Places will now be on Android, so will Groups. Then the real presentation began.

Rumor addressed about the FaceBook phone: no. Goal is to be social. Commitment to a social environment that can be built for any platform. All phones and all devices. “This is what we’re going to stick with for a while.”

Erick Tseng Lead Product Manager. Go Giants. Turning Facebook mobile into a true horzontal platform. Single Sign On is the start. Noone enjoys logging in. Logging in on a mobile phone is worse than on a desktop. Every second counts in this speedy age, and the more friction logging in causes, the more the chance that a person will not sign in at all. Single Sign On fixes that, making Happy People and Happy Developers. 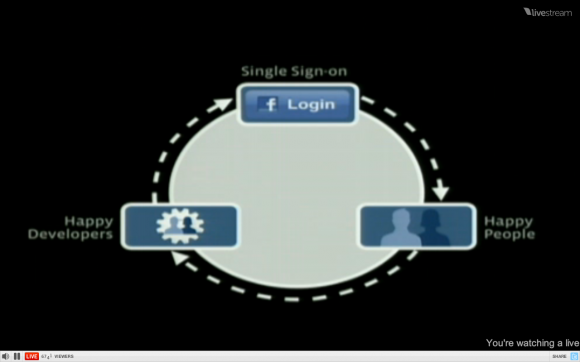 The Zynga man comes out speaking a little about how Zynga is debuting Live Poker, the same game they began with on Facebook originally. Connecting the world with games by making them available anywhere and everywhere, making the process as simple and painless as possible.

They move on to announce they (Facebook) will be working with Groupon, Zynga, Loopt, Scvngr, Yelp, Booyah! and Flixter.

Facebook Places Flow connected with Yelp!, check on with Loopt allows you to see the people around you (but the demo crashed like a boss.) Places Checkin API allows developers around the world to check in. Fundamental addition to the situation to allow developers create the next generation of applications, both large and small. Tim Kendall (dir of Monetization) tells about interaction with their Places product. This is the place where they speak about “DEALS” – it enables businesses a new way to push out deals to customers and maybe collect new customers.

Nearby view shows businesses in a close proximity to the phone. Find coupon, click deal, claim coupon, show lady behind the till, get deal. Emily White Director of Local – Deals project attempts to solve problem of small businesses caring only about their store in the real world, not on the internet, by tying those two together. The Individual, Loyalty, Friend, Charity.

Examples of coupons to get this project off the ground are in the gallery below. Stuff like free pants from Gap and free Facebook pint glasses from Alamo. Launch includes 22 larger partners, then thousands more soon. 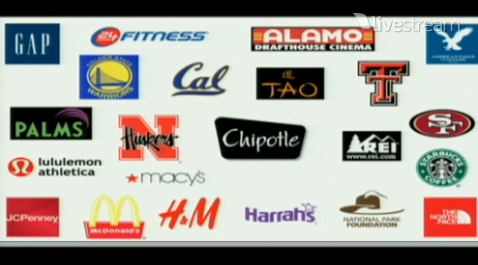 Mark thanks everyone who’s worked on these projects so far then says “I think that’s enough for today.” Questions are taken and they’re basically all about security in this newish location project. The Mark and crew let them know that, pretty much like everything in Facebook, things aren’t technically public and you’ve always got the option to turn things off.

Then there was a fight! Sort of:
“Are you creating an App for the iPad?” -Question Asker
“iPad’s not mobile, next question.” -MZ
“I think Apple would disagree with you.” -Question Asker
“iPad’s not mobile!” -MZ
Erick Tseng then steps in and calms things down with a calmer explanation about not locking in on a single piece of electronics, then Mark continues by saying he doesn’t mean to bash Mac, but that he wants to keep the event about what they want to talk about.

For another look at this event, jump on over to AndroidCommunity and see the following posts: Android Facebook Application Getting a Refresh, Places and Groups Coming Facebook Single Sign On – Simplifying Social Login Facebook places getting update to support deals – Many companies on board. Hooray for deals and signing on. 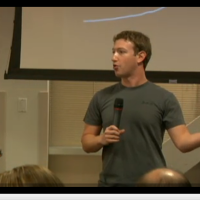 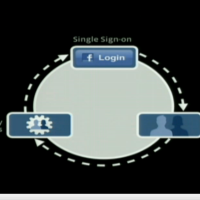 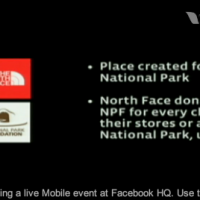 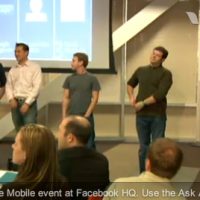 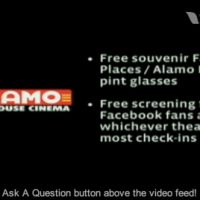 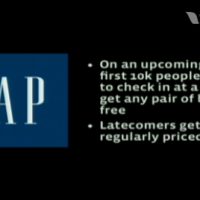 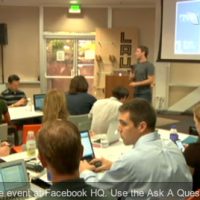 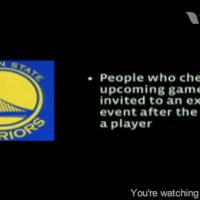 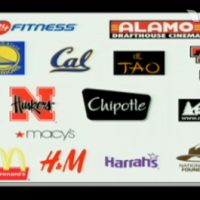