Open Graph is a whole new class of apps, this is the main message that Zuckerberg wants to push forth this week at f8 2011. Open Graph apps allow you to add activity to your news stream without having to press “OK” ever again. No more prompts, ever. With this functionality, “discovering new things through your friends”, one of the main goals of the future of apps on Facebook, being accomplished simply. With Open Graph apps you will get a single “permissions” page that’ll have you allowing all publishing all at once – Frictionless Experiences and Real-time Serendipity are the big power-points here, and sharing on the fly in real time is the vehicle.

Frictionless Experiences and Real-time Serendipity are described with an example: Listen with your Friends – shown with Spotify as a single song (or a playlist) being shared on a news feed (or someone’s Timeline) where you can click Play as well. Share with your friends on a whole new level. 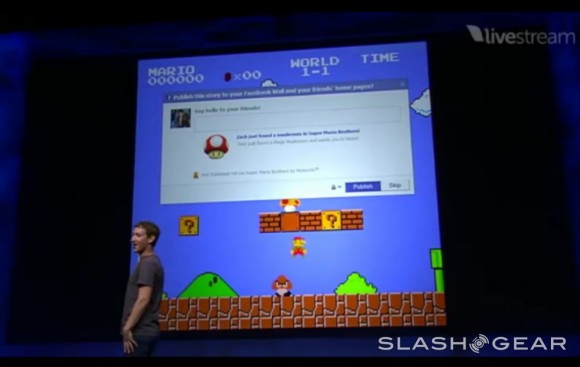 The soon-to-be-dead past way of allowing permissions

Check out the promo video if you dare first, then find out all the rest below:

You’ve got a News Ticker to the right of your screen now, this announced earlier in the week before f8, where you can see activities your friends are taking part in. Again should they be playing a song, you can listen in as well. Zuckerberg plays Come as You Are by Nirvana and notes that it’s the 20th anniversary of the song itself – neato. 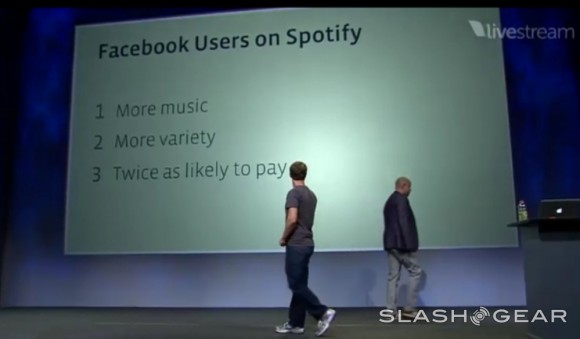 Spotify CEO Daniel Ek was asked up to the stage after the demonstration of the music-playing abilities of Facebook, this introduction letting us know that it was Spotify that made all of this possible. He speaks on the event that happened a little more than 10 years ago: Napster became big. He notes that this did not bode well for the music industry, but streaming music and music being available for download was. Spotify was born and their goal to make music available to everybody while musicians continued to get paid was made solid – and it’s going to continue to solidify as Spotify and a slew of other music streaming groups are listed by Zuckerberg. 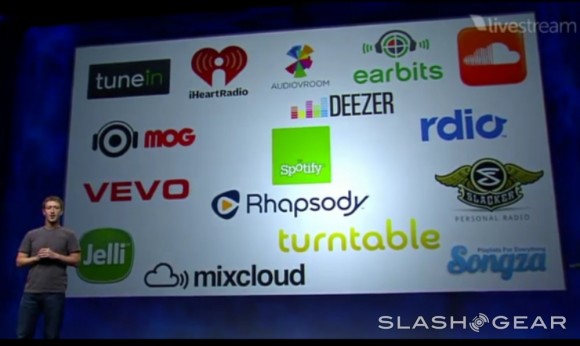 Canvass Apps, as they’re called, will allow you to do many things with friends as they do them at the same time. An example is that you’ll be able to see a movie as a friend is watching that movie as well. Hulu will allow you to watch Pirates of the Caribbean with your whole group of friends. Reed Hastings of Netflix was pulled on stage where he spoke about the algorithm that says that you’re much more likely to watch a video if you know your friend has watched a video, especially if you know you’re going to be hanging out with them in the future – gotta get those movie quotes! 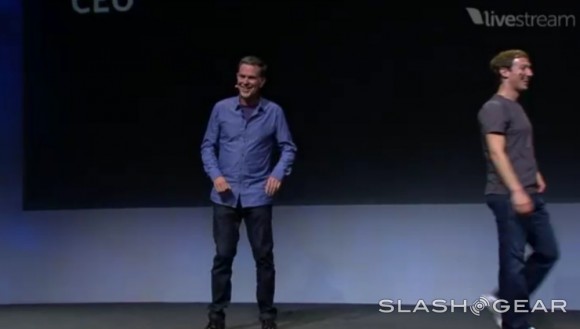 Netflix aim is to pioneer social TV. With Facebook, they plan on, as Hastings’ friend mentioned to him, growing by 2x. Hastings also briefly and sort of cryptically noted a law in which video disks disallowed the ability to have Netflix on Facebook – but that there was a bill in Congress today (today being the 22nd of September) that’ll allow Netflix to access Facebook sharing in the near future. 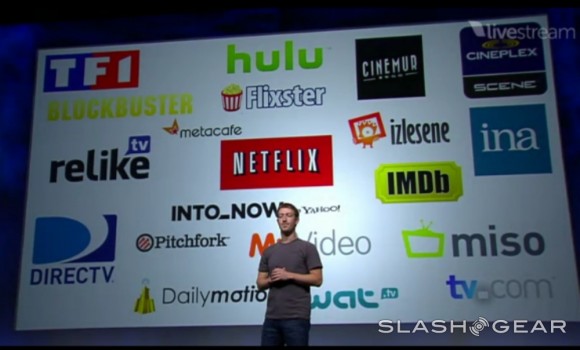 News groups (and blogs, and etc) will soon be working with Canvass Apps that work to present the news inside an app inside Facebook. A simple concept which includes your ability to push news to an app, easily readable INSIDE Facebook like never before. Sharing and commenting and all else abound. 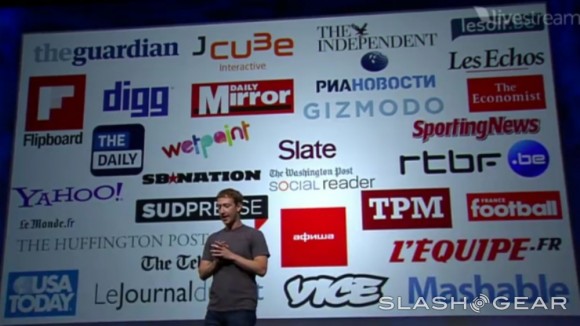 With Open Graph, frictionless experiences will mean, again, as mentioned previously, a single opt-in for sharing, this allowing you to share everything you’re doing without having to OK it each time. 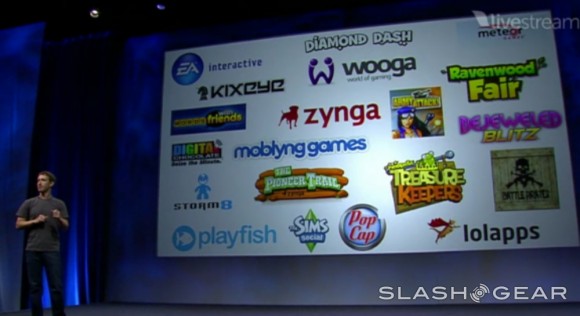 Zuckerberg offers up a new kind of app, he says, showing off a running app which can be accessed inside Facebook but working with your mobile device. This running app, for example, pulls information from your GPS directly into Facebook on the web. This should open the eyes of many developers wishing to create apps for mobile devices as it appears, at least at first, that they’ll be completely cross-platform. That’s beyond powerful, if I do say so myself. 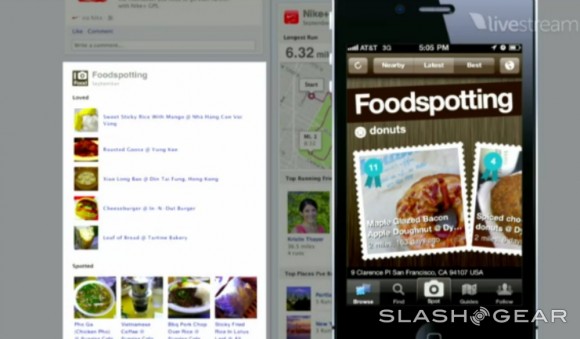 Stick with us here on SlashGear throughout the day as well be here to cover everything on Facebook’s developer community and future here at f8 2011. Lots of surprises ahead!