Meta has announced the final software update of 2021 for the Meta Quest – formerly known as the Oculus Quest – and it seems like it’s a big one. Playing into the “metaverse” angle behind Facebook’s name change to Meta, there actually isn’t a ton that has to do with VR gaming in this update. Instead, much of it is focused on mixed reality and usability, with some big features coming down the pipeline.

Arguably the most significant new addition in Quest’s version 35 update is the rollout of a new feature called mobile mixed reality camera. With this feature, you can show friends what a VR game is like through mixed reality cast to a smartphone – an iPhone, specifically. Yes, for now, it seems that the mobile mixed reality camera is exclusive to iOS, as it requires an iPhone XS or newer running iOS 11 or higher. It also requires the yet-unreleased version 139 update for the Oculus app, so it seems this feature isn’t available quite yet.

When it’s live, you’ll be able to cast visuals of your VR gameplay to a phone. This is separate from Quest’s Live Overlay feature in that it uses the cameras on a phone to show players in-game rather than superimposing video of the user over footage captured from the headset. When it’s available, mobile mixed reality camera will be supported by a dozen games, including Beat Saber and Superhot VR.

Joining the mixed reality camera as another major feature is VR calling for Messenger. This is one of the features Meta announced at Connect in October – the very same show where it announced that it was ditching the Facebook name at the corporate level. Messenger VR calling more or less does what it says on the tin, allowing you to hop into voice calls via Messenger while using your headset.

While Multi-User Support and App Sharing aren’t new features, they are entering full release with Quest’s version 35 update. This means that Meta is confident these features work well enough to drop the experimental label, but for those already using the features, nothing will change. However, Meta says that Multi-User support and App Sharing are now both managed through the Accounts tab in the Settings menu, so Quest users should note that change. 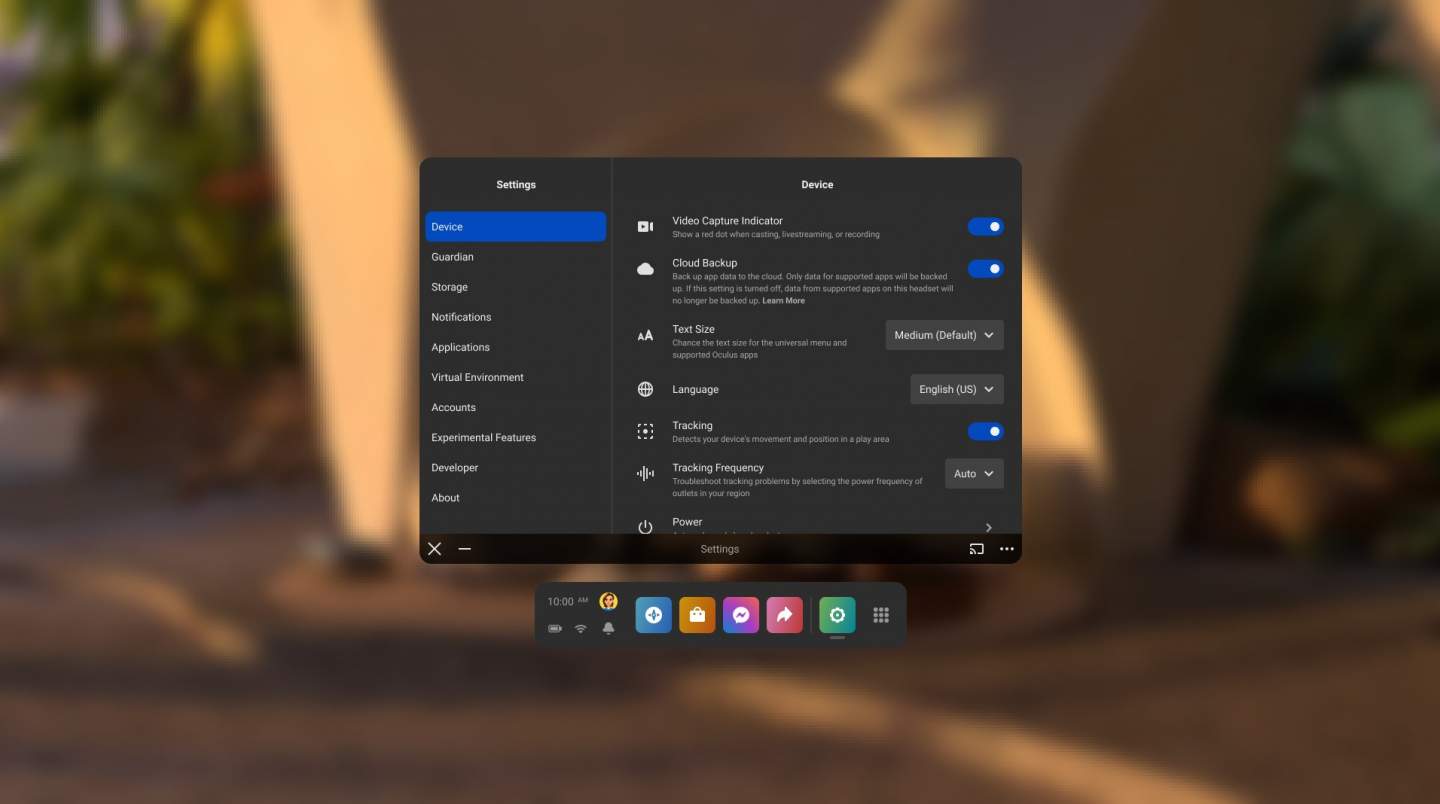 In addition, Meta is also launching Cloud Backup for game saves. Like Messenger VR calling, this is another feature announced back at Connect, but now it’s ready for prime time. Now your game saves will be automatically backed up to Meta’s cloud, so if your headset is lost or stolen, you can at least pick up where you left off in your games when you get a new one. Meta says cloud saves will be rolling out at a slower pace than the version 35 update itself, so you may not see the feature even after installing the update.

Meta also noted that while cloud saves are on by default for all games, developers can opt-out of the service. Meta doesn’t see many developers choosing to opt-out, but just to be sure, you can check a full list of games that support cloud backups on the Oculus website.

In another follow-up to a Connect announcement, Meta confirmed today that Horizon Workroom customization options will begin rolling out in the next few weeks. So, if you’re tired of having the same virtual meeting space through Horizon Workrooms, you’ll soon be able to change things up a bit. First, Meta will allow users to pick from a selection of virtual meeting rooms, which can then be customized further with their company’s logo and posters. 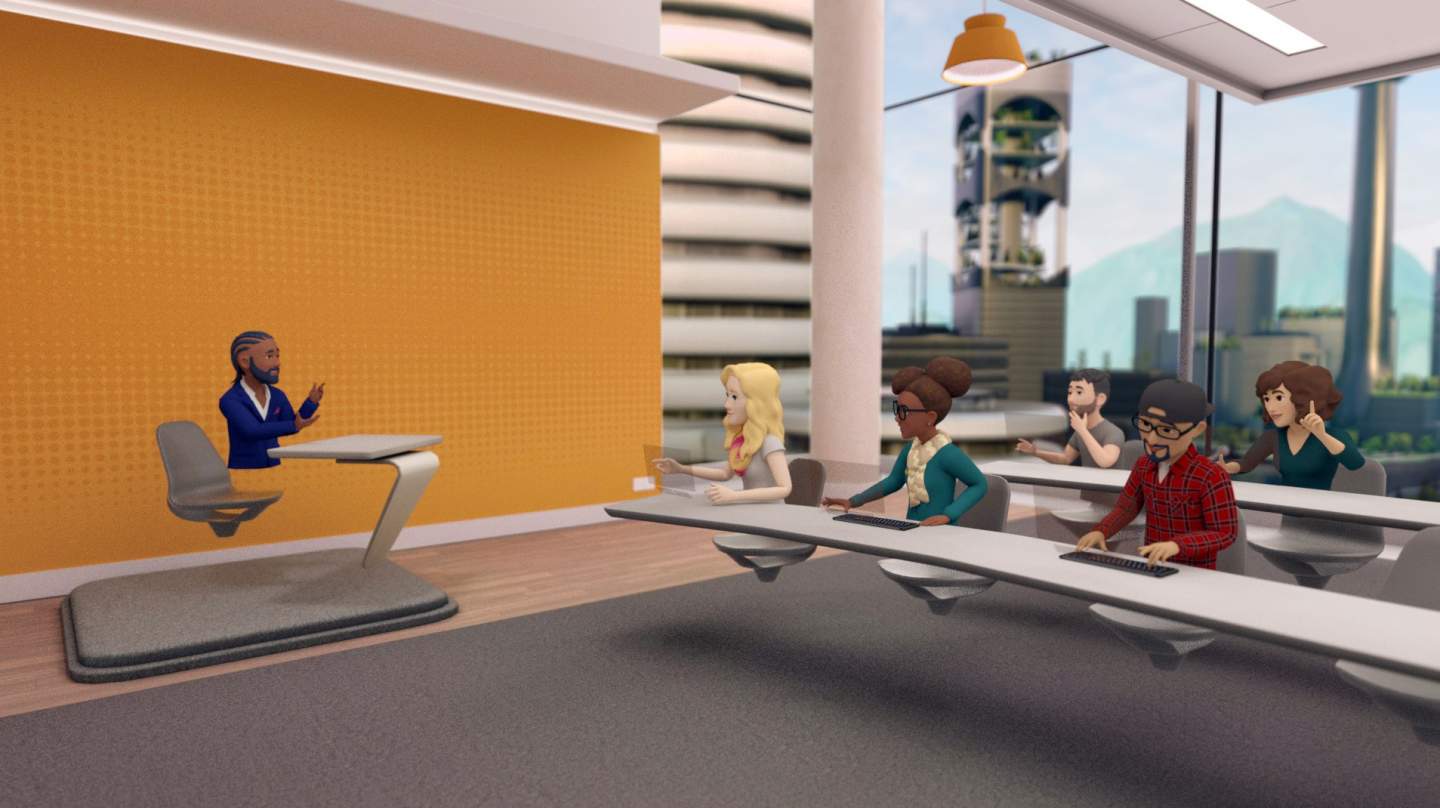 Later down the road, Meta envisions offering a higher level of customization for Horizon Workrooms, but stops short of saying what those customizations will entail. We don’t know when those deeper customization options will be launching, either, but we’ll let you know when Meta announces more on that front.

The company will also be bringing more apps online as 2D panels for virtual reality in the coming weeks. The apps Meta confirmed today include MURAL, Miro, and monday.com, but more services will be added as time goes on. Finally, Meta says it’s launching a Public Test Channel to allow Quest users to test out software updates ahead of their full releases. You can sign up for the Public Test Channel over on the Quest support site, but keep in mind that once you’ve applied a Public Test Channel update, you won’t be able to revert to old software versions.

The version 35 update for Quest is getting a phased rollout, which means that not all users will see it right away. The update is beginning to launch today, so if you’re a Quest user, keep an eye out for it to land in the coming days and weeks.