It’s voting day in the US, and Facebook is pushing apathetic social networking addicts to get out and cast a ballot, running another highly-visible campaign to encourage activity in the midterm elections. A new banner running at the top of the Facebook wall offers the virtual equivalent of a sticker for those who take advantage of their democratic rights, while clicking the “I’m a Voter” widget takes users to a map to find out where their nearest voting station is. It’s not just idle whistling, however: research indicates Facebook’s timely prompts – not to mention the virtual peer pressure of seeing those of your friends who have already voted – actually gets people into the booths.

A study using Facebook click data from late 2010, for instance, found that “messages directly influenced political self-expression, information seeking and real-world voting behavior of millions of people,” according to the team at the University of California, San Diego.

Facebook suggests that it encouraged 600,000 more people to vote in the 2010 election, and the study authors point to the slim margins that some elections in recent decades have been clinched by. Al Gore’s defeat in Florida in the 2000 presidential race, for instance, was a matter of 537 votes between him and George W. Bush.

According to the UCSD research, those who are presented with the fact that their friends have voted at 0.39-percent more likely to go on and vote themselves. That may be a fraction of a percent when it comes to intent, but given the many millions who will see the banner on Facebook it could well add up.

Lending controversy to the statistics are questions around how visible Facebook’s voting drivers are. The social network has long run experiments on its users – the revelation earlier this year of a scheme to examine how positive and negative story curation affected engagement got the site into hot water, with complaints that members weren’t aware their emotions were being toyed with – but critics have accused it of selectively publishing the findings. 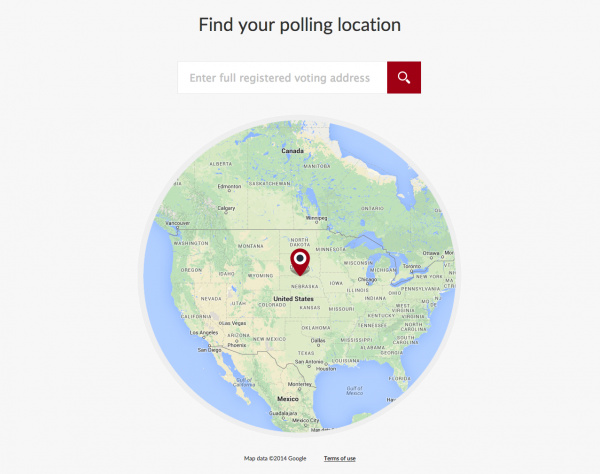 Indeed, it’s unclear whether the banner is being shown consistently, at the same time, and to all potential demographics. Even the supposedly random selection of the friends’ profile photos underneath has been mentioned a possible area of bias.