The Facebook Phone has been leaked again, this time still inside the “HTC first” smartphone, this time in a set of press images that show off how simple your experience is about to be. What we’ve got here is a new look at Android, complete with an ultra-simplified interface that pulls no punches when it comes to customization. This is no “do what you want” space, that’s for sure. NOTE: Join us here on SlashGear for the full final reveal at 10AM PST – we’ll be live in effect at Facebook headquarters for you!

In the images you’re seeing above and below (picked up by 9to5Google, you’ll see Facebook being pushed to Android in a big way. In the lockscreen photo (below) you’ll see your Facebook profile image as the center lock – we must assume that you’ll be able to log in with several different profiles if you wish, as Android Jelly Bean allows such functionality at its base. 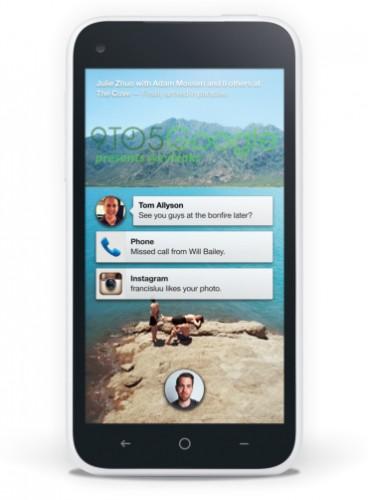 There you’ll also see notifications from your Phone (this means the device will require voice, dousing thoughts of a web-only smartphone) as well as Instagram and Facebook messaging. This device’s lock screen also shows what may be an ever-changing status update above the fold where you see what your friends are up to.

Below you’ll see an image from inside your photo gallery. This interface makes it appear that Facebook’s take on the Android gallery isn’t all that different from what Google presents. Here you’ll still be able to share to whatever apps you’ve got on the device, including Facebook’s news feed and Facebook Messenger. 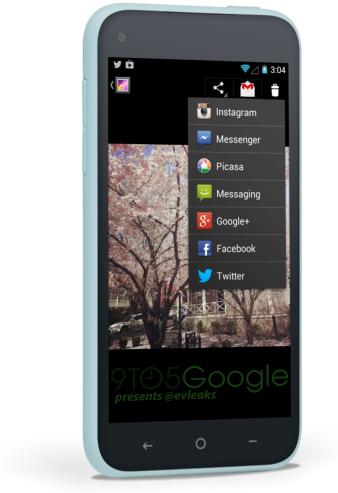 Finally you’ll see a home screen, this showing how you’ll still be working with Android icons for the most part, but with the addition of three buttons up top. Up above the fold you’ll be seeing “Status”, “Photo”, and “Check In.” It’s obvious that Facebook intends for you to be tapping these three buttons quite often. 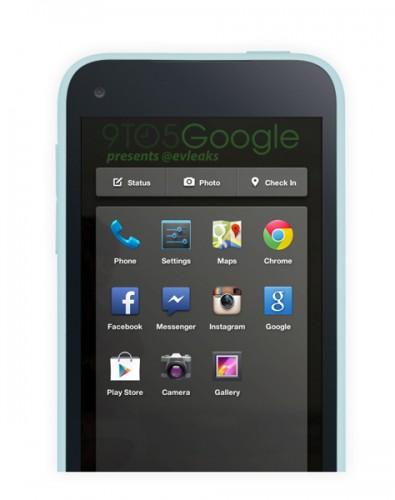 While we’re not sure if these three screens show everything there is to see about the Facebook Phone’s user interface modifications of Android Jelly Bean, we can be sure that the HTC first will be boasting said software tomorrow. You’ll want to JOIN US LIVE AT THE MAIN FACEBOOK EVENT tomorrow at 10AM PST to see the whole show – hit up our Facebook tag portal for more!