Facebook does the math on love: NYC bad, Jedi good

Love may be in the air today, but Facebook believes it has the numbers to decide whether or not it’ll last, with the social site’s Data Science team crunching the stats on the impact of religion, age, and other factors on relationships. In a new series showing just what sort of conclusions can be teased out when you have more than a billion users to work with, Facebook suggests relationship tidbits such as that if you and your partner make it to three months, there’s about a 50-percent chance you’ll last four years or longer.

As you might expect, Facebook’s data confirms that the longer a relationship has gone on for, the less likely it is to break down. “With every month that passes,” Facebook’s Bodgan State writes, “more and more shaky relationships end, leaving an ever-larger proportion of solid relationships around.” 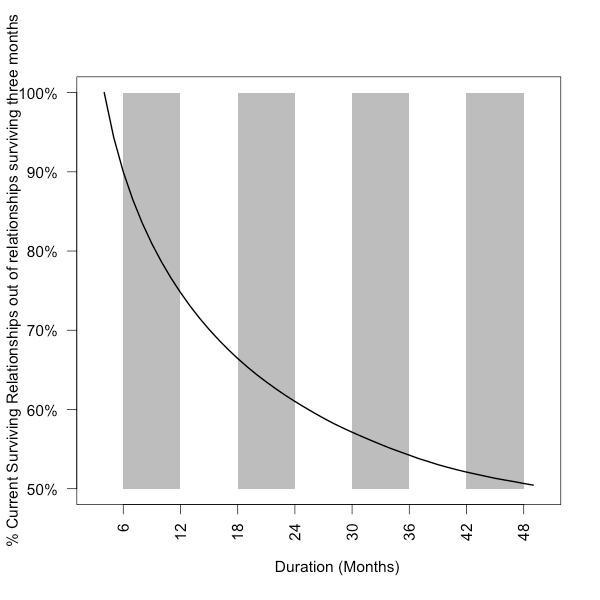 Facebook also knows where and when the most stable relationships are likely to be formed. Colorado Springs and El Paso are apparently the best if you’re looking for something long-term, while New York, San Francisco, and LA are all low in relationship formation, despite having plenty of single people.

The top five cities for single people are Detroit and LA, in fact, while cities in Texas take three of the top five spots for the greatest likelihood of getting into a relationship.

As for religion, rates of interfaith relationships are actually relatively low, Facebook calculates, though younger people are generally more willing to date – if not tie the knot – people of other faiths than their older counterparts. In the US specifically, interfaith relationships vary considerably depending on which religion you’re looking at; those identifying as Jedi are the most willing, in fact.