It’s been 352 days since the Facebook Clear History button was announced, and still we have no such button. What’s the holdup? Why would Facebook announce a button that could wipe out an individual’s files and history on the social network’s servers, then not deliver? The answer is clear: They probably never intended on delivering such a button.

Mark Zuckerberg announced on May 1st, 2018 that he’d be discussing a new “privacy control” they called “Clear History”. The button, he said would give users the ability to “flush your history whenever you want.” 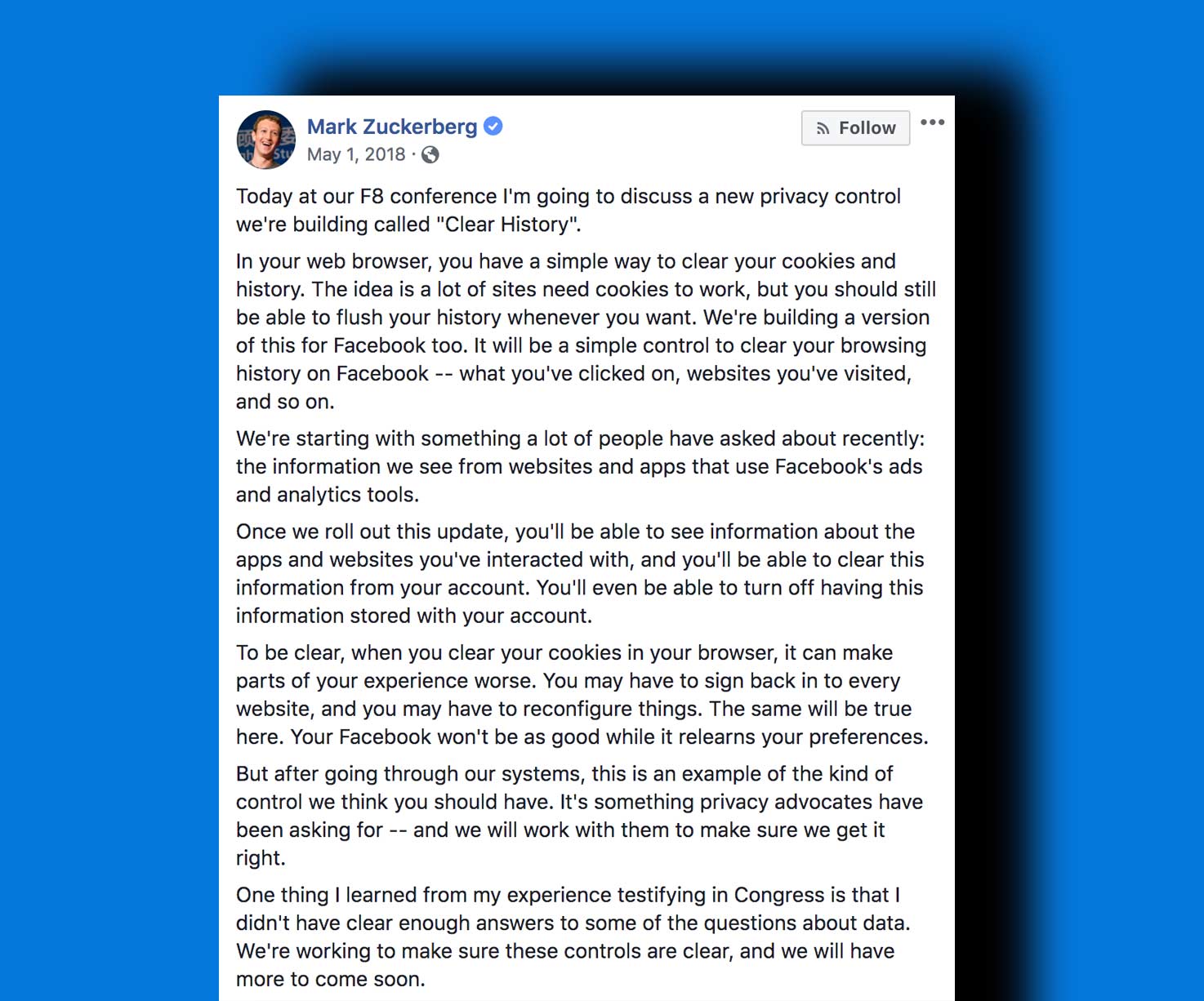 But there is no button, is there, Mark? It was a good time to announce that you’d have one fix-all button to solve all the privacy problems Facebook was facing at the time, and has never stopped facing – case in point: today’s Instagram name/password file debacle.

Of particular note there is the fact that whomever’s job it was to inform the public about this incident chose to do so not with an announcement article, or PR release. They instead updated a Facebook Newsroom article posted on a related incident four weeks ago. They publicly stored estimated MILLIONS of passwords in readable format.

The last time anyone at Facebook said anything publicly about this point, Facebook CFO David Wehner spoke up at the Morgan Stanley Technology, Media & Telecom Conference 2019 in San Francisco on February 26th, 2019. You can see a full transcript of this talk in Seeking Alpha.

The key moment is when Morgan Stanley Managing Director Brian Nowak asked Wehner about “privacy-related headwinds” and how changes made to Facebook as a result might be “impacting the business.”

“Later this year, we’ll be launching Clear History, which will also affect our ability to do third-party targeting for those who would clear history,” said Wehner. “And so I think broadly, it’s going to give us, I think, some headwinds in terms of being able to target as effectively as before.” 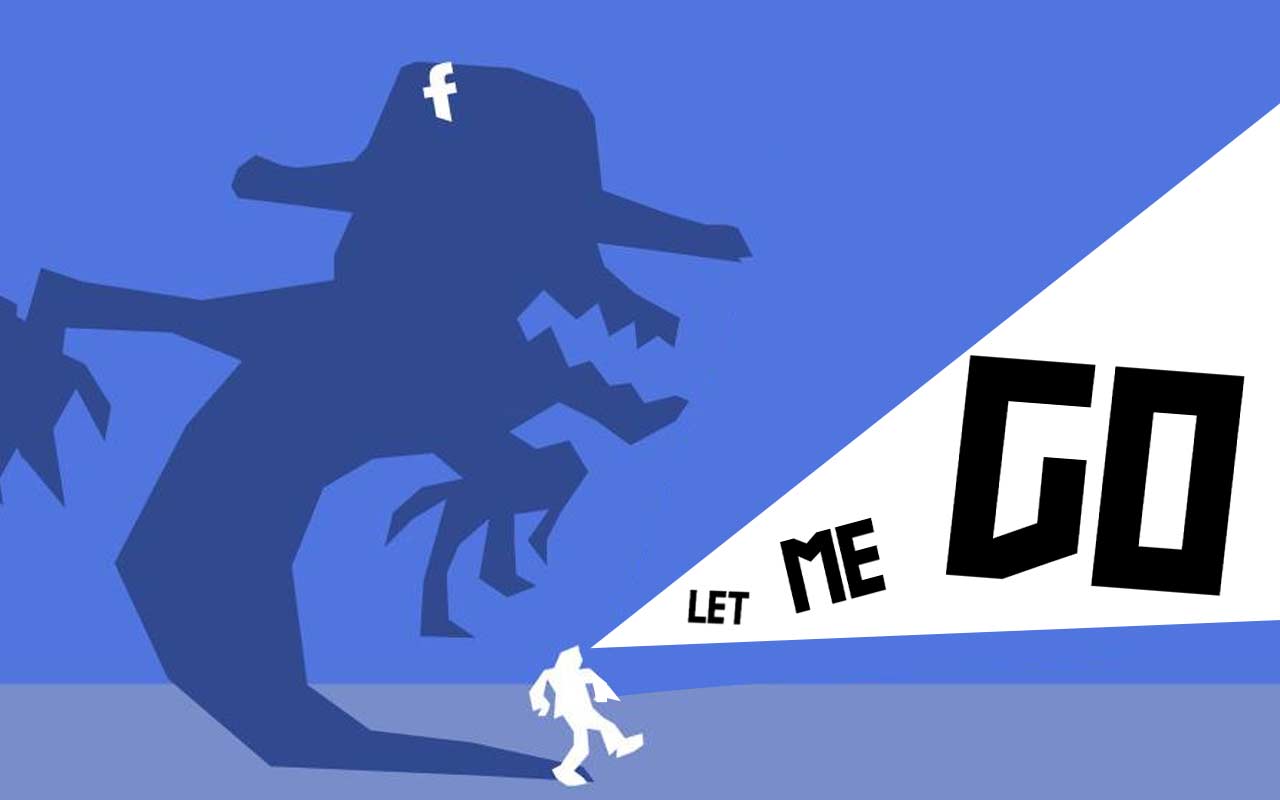 So don’t go expecting this button to actually pop up with any semblance of real control at any point in the near future. If it does, I’ll be mightily shocked, and it’d take a WHOLE LOT of convincing before I believed any of the real info-deleting details Facebook shared in any related release.

It’s only when Facebook gets in trouble that Facebook does anything resembling actions in favor of user control or real privacy therein. The only thing you can do is Ignore Facebook’s security advice or go ahead and delete your facebook outright – and even then, you might not ever be able to leave – not really!