Today we’re taking a look at the quick rise and confusing fall of FaceApp and the privacy concerns therein. Early privacy-centered reactions to the app were blown a TINY bit out of proportion – but concerns still remain, in a big way. Yes, the app was developed in Russia*, but the Russian angle has nothing to do with the amount of privacy you can expect from the app. The most important part of the situation is in the User Content agreement FaceApp demands you agree to before you use their app. In the agreement, users agree that their images can be used by the creators of the app for basically any reason, at any time, without further consent from anyone.

“You grant FaceApp a perpetual, irrevocable… license to use, reproduce, modify, adapt, publish, translate, create derivative works from, distribute, publicly perform and display your User Content and any name, username, or likeness provided in connection with your User Content in all media formats and channels now known or later developed, without compensation to you.” That’s what users agree to when they start to use FaceApp.

You may have read that the FaceApp privacy scare was proven false. That’s not the case. Instead, it was blown up to proportions that the original whistleblower did not intend. He went back to clarify a few things after the story exploded, but the original warnings remain – something’s still fishy with the app.

Why can’t I use FaceApp?

You can do whatever you want in life – but there are always consequences. When you deal with apps with less-than-perfect User Agreements, you’re dealing with real important potential consequences.

Probably nothing awful will happen to you or your photos. But there’s really nothing stopping FaceApp from taking everything the camera sees in-app (yes, everything) and posting your photos anywhere, for any reason.

The makers of FaceApp could potentially take your scantily-clad grandmother transformation photo and use it as their app icon. That probably won’t happen, but there’s absolutely nothing stopping the makers of the app from executing just such a plan.

If you need a simple list of reasons why you should avoid FaceApp and/or delete the app if you’ve already gone and used it, we’ve got just the list for you.

1. Photos you capture or select (from your gallery) are sent to the internet, to a server somewhere else in the world to be processed, before they’re back on your phone so you can giggle about wrinkles.
2. The app’s terms dictate that the developers of FaceApp can keep and use any photo you capture or upload to the app.
3. Without your consent, photos you upload to or capture with the app can be used for any purpose whatsoever by the developers of the app.
4. The app shares info with Facebook without your consent.
5. The app has a blackface filter. 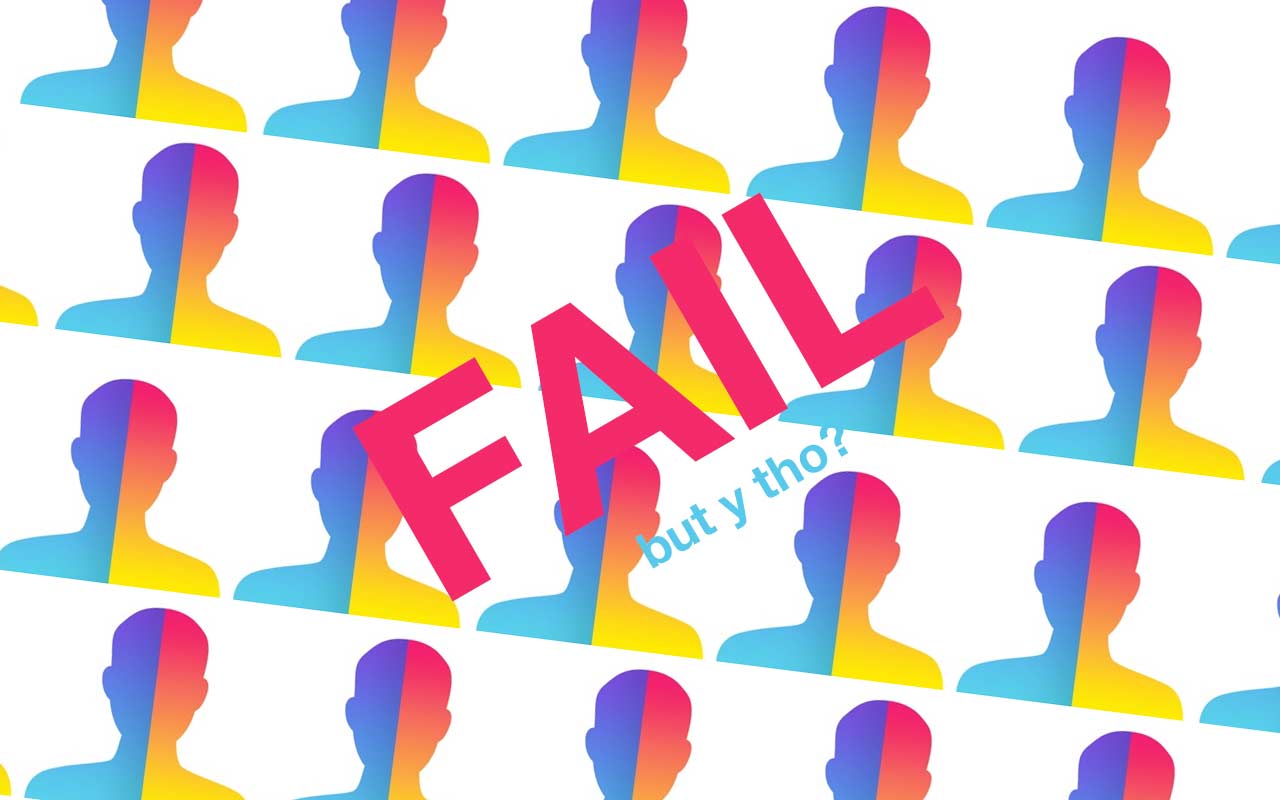 *Again, yes, the app was developed in Russia. The level of quality and/or privacy you can expect from FaceApp can very much be taken separate from the origin of the app. There’s no great conspiracy the harvest the faces of the west, turning them into a 3D-printed clone army with which Vlad shall take over this earth. I meant MAYBE that’s a thing, but probably it isn’t.

This is one of those apps that belongs on this big, bad list of apps that send info to Facebook without your consent. When you open FaceApp, FaceApp sends information about your phone to Facebook. Facebook likely pays the developers of FaceApp for that information.

A BUNCH of apps have just been released to both major app stores that do basically the same stuff as FaceApp. Avoid the LOT of them like the plague. The vast majority of these apps will be predatory in nature, aiming to make the most of the popularity of FaceApp to inject advertisements into your eyes as fast and as efficient as possible.

There’s an app called MSQRD that you can download from the developers at Masquerade Technologies, Inc. They’ve been around for a while and provide a few very similar filters and other augmented reality nonsense with which you can freak out if you do so wish. As far as we’ve heard, MSQRD is on the level – and doesn’t require you to agree to give them irrevocable, eternal rights to your face. And it doesn’t have a blackface filter.