The Kickstarter-smashing card game by the name of Exploding Kittens has begun shipping as of today. Created by a crew that includes The Oatmeal’s Matthew Inman, this game was created with the hope of selling 500 decks of cards through a crowdfunding campaign. The campaign saw unimagined success, winding up selling 460,000 decks instead. As such, the crew would be forgiven for not meeting their original projection of a July delivery of the game. Lucky Kickstarter backers, though, they tightened their bootstraps and went to work – the game begins shipping today.

Potential players – backers of the Kickstarter campaign, have begun receiving confirmation from the shipping company the Exploding Kittens crew went with. That’s BLACKBOX, the same people who ship Cards Against Humanity. According to one of several of the game’s creators, Elan Lee, they had to make a whole separate company to ship the “elevendy billion boxes” the campaign required. 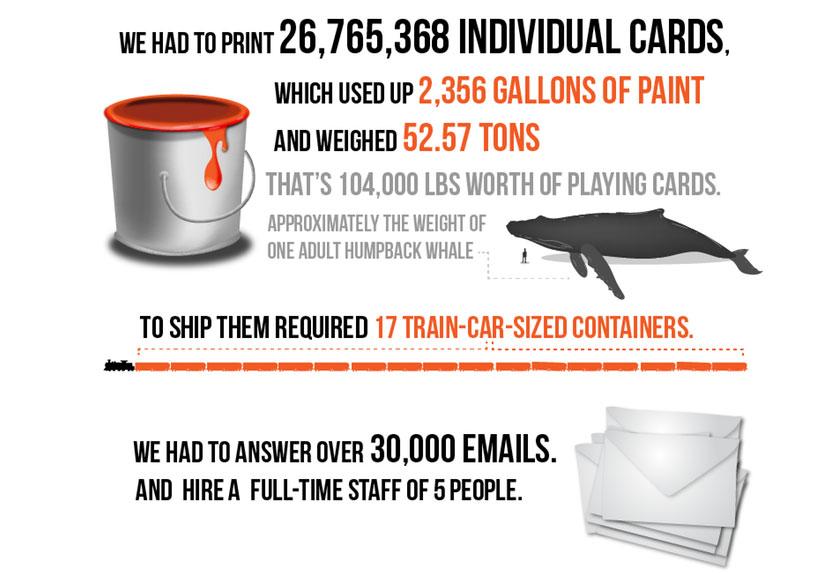 Lee also suggests that they had to hire a full-time staff of 5 people to complete digital correspondence for this campaign.

They had to partner with six different companies for printing, shipping, and fulfillment. In total, they worked with 860 people to make these decks of cards hit your doorstep. 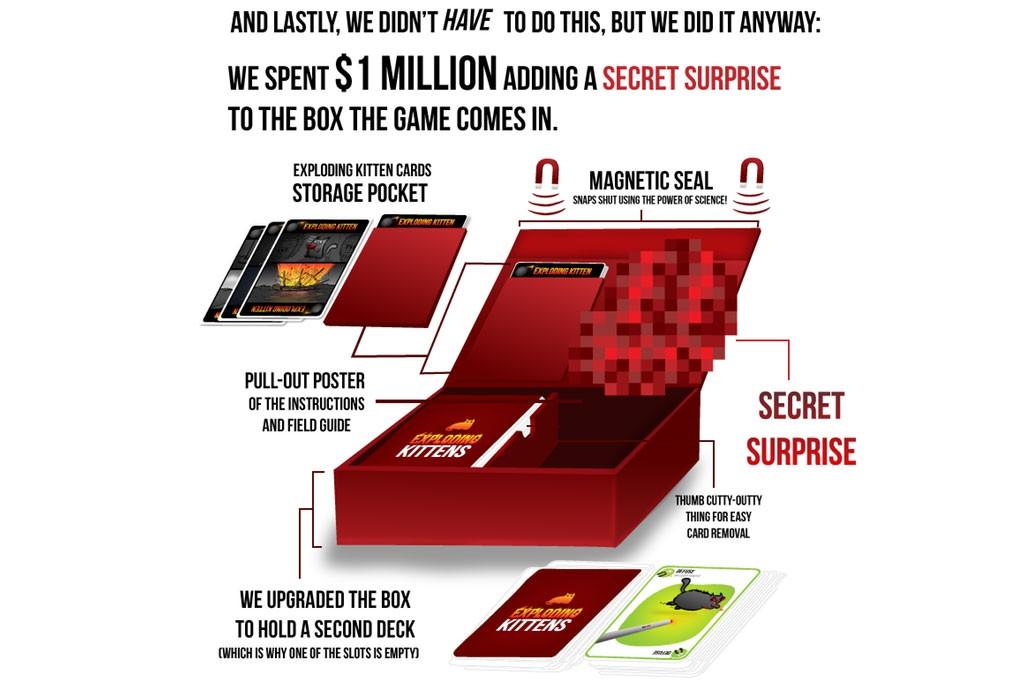 The game will be shipping STARTING today – if you’re a backer of this Kickstarter and are expecting a deck, you’ll first need to receive a confirmation email from BLACKBOX. Once you do, your deck will be on the way in a fancy-smancy box with magnetic seal and super secret surprise bonus.

Stick around as we await our own deck – coming soon!