Once upon a time it was a rite of passage for car lovers to get under the hood and tinker with the mechanics; in the modern world of EVs, that’s been upgraded to hacking access to the computer systems, as one Tesla Model S owner discovered. Some investigation of a mysterious port turned out to be a hidden ethernet link into the Model S’ internal communications system, as well as a shortcut to getting an irate call from Tesla itself warning owners not to fiddle lest they be accused of “industrial espionage”.

The driver, a member of the Tesla Motors Club Forum, not only fashioned his own ethernet adapter to hook up to the port, but did some network sniffing too.

That revealed three peripherals on an internal network: the center console, the dashboard/navigation display, and an unknown third device. The type of data being communicated varies, from album art and track details for the currently-playing song, through to more complicated information that’s in binary form. 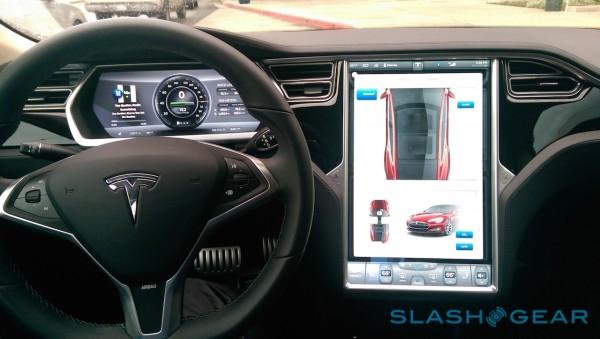 After a little experimentation, the intrepid Model S explorer got Firefox running on the dashboard displays, though also managed to prompt a cautionary call from the Tesla service center. They said that Tesla’s engineers had flagged “a tentative [attempt] of hacking” on the vehicle, and warned that messing with the diagnostics “can be related to industrial espionage and advised me to stop investigation, to not void the warranty.”

Exactly whether this sort of analysis and modification is legal is a grey area of sorts, not to mention having some potentially serious safety implications. A late-2012 exemption to the DMCA made jailbreaking a smartphone legal, for instance, though having your phone crash on you is a little less dramatic than having your dashboard suddenly stop working properly.

It’s possible that Tesla is attempting to avoid further security questions, such as those which arose last week when it was demonstrated that brute-force attacks – more commonly associated with internet account hacking – could break through the Model S’ door security.