Today we’ve been introduced to the Star Wars Wars experience – all six of the films released thus far, all mixed together. Mashed together – blended together to make one single movie. It’s a work of art. It’s unwatchable when the audio is turned on, but alone and apart, it’s just beautiful. And lucky you, the creator of this masterpiece has also created a gallery of 288 frames taken apart, available for your perusal. And use as wallpapers. To do with whatever you do so please.

The creator of this piece of art was none other than the main animator from the show “Archer”. Marcus Rosentrater is his name, and creating beautiful pieces of eye-candy is his game. This particular work isn’t so much about animation as it is about fantastic editing.

You see, this isn’t just all of the movies side-by-side. It’s a blend. Different amounts of light and dark. See-through elements. Excellence.

The gallery below shows 288 individually selected frames from the Star Wars Wars movie. These images can be accessed individually through IMGUR and downloaded thusly.

As The Verge‘s James Vincent suggests, “the project may be called Star Wars Wars but it’s oddly unifying.” George Lucas might be proud.

As it were, we’re not using versions of the films edited under the supervision of George Lucas at all. While the prequels may be Lucas cuts, the other films are entirely Harmy’s.

Those are digital, but made before Special Edition. 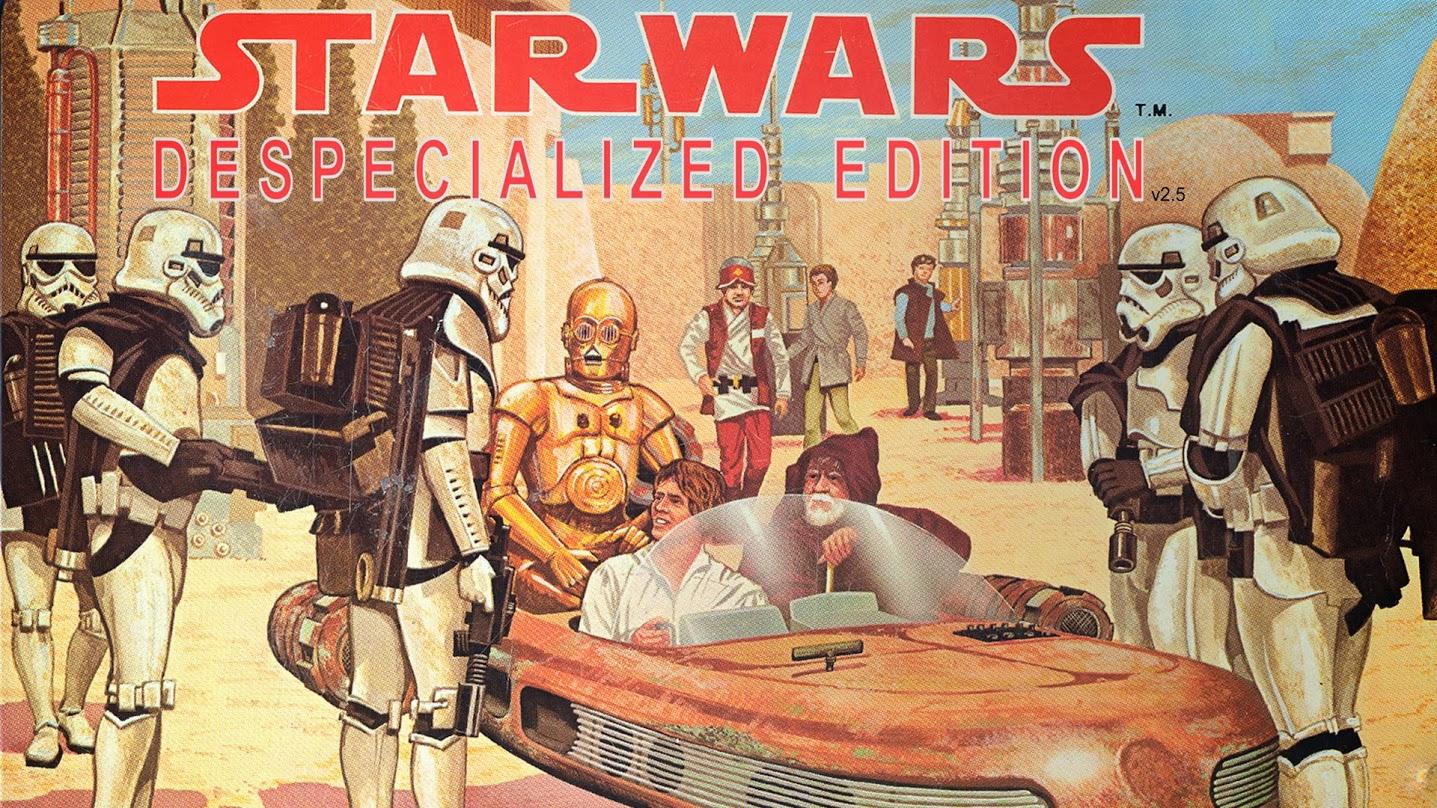 They’re as close to the original theater editions as we’re ever going to get. You cannot download the Despecialized Editions legally.

And now they’re here, mashed together, all gloriously so. Experience the greatness. And remember to turn the sound off before you do so.