Even smart rifles can be hacked

What’s the worst case scenario of hacking you can think of? iCloud? Sony? Target? While those are definitely terrible and frightening, this latest one can be literally the deadliest. Husband and wife hackers Runa Sandvik and Michael Auger will be presenting at the Black Hat hacker conference next month the fruits of their research. They have successfully hacked a TrackingPoint smart rifle to prevent the gun from firing, lock out the user from the computerized scope, or, worse, change the variables in the scope’s calculations to make it a completely different target.

TrackingPoint has been commercially selling these “smart” rifles since it started business in 2011. The real brains of the rifle is actually the scope, which has a computer that runs a Linux-based system. The scope is used to precisely target and control the rifle, taking into account inputs such as wind, temperature, etc. to hit a target. In a nutshell, it can turn a novice into a pro. It can also turn a pro into a dunce. 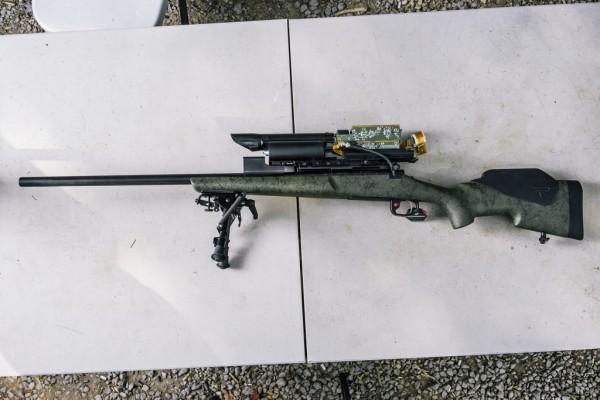 The hack starts with the Wi-Fi capability of the scope. While disabled by default, it can be turned on in order to stream a video of your shot to a laptop or tablet. The hacker needs to be within a certain range of the ad-hoc Wi-Fi in order to break in. Once in, however, they can let all hell break loose, so to speak. There are many things that the hacker can do, including permanently brick the expensive scope on top of the rifle. But perhaps the scariest is that hackers can affect what gets targeted. No, they can’t exactly input a different target. They can only affect environmental variables, like the bullet’s weight, to trick the computer into hitting a different target. All of these is mostly invisible to the shooter.

The one thing hackers can’t do is make the rifle fire on its own. Fortunately, TrackingPoint installs a safety mechanism so that the rifles only fire when the trigger is pulled manually. TrackingPoint founder John McHale acknowledged the security vulnerability and promised a patch that, when ready, will ship out in USBs to owners of the rifles. He reiterates, however, that the smart rifles are fundamentally safe and that the hacking demonstrated here are extreme corner cases.

The situation still invites musings about the weapons of the future. Weapons are increasingly getting computerized and connected to the Internet, which naturally invites more enterprising minds to hack in. There are also those who worry about the increasing interest in AI weaponry, something that science and technology luminaries like Hawking and Musk are working to prevent.