The thing about a good idea is that, all too often, someone else has had it before you. That certainly seems to be the case with Vivo’s attention-grabbing Apex concept smartphone from Mobile World Congress this past week. Vivo got plenty of attention for its Android handset’s trick, pop-out front facing camera. Problem is, it looks like Essential got there first.

Vivo’s idea was straightforward. Today’s smartphones buyers want smaller and smaller bezels, but don’t want to sacrifice features like selfie cameras and all the usual sensors that would typically be found in the fascia of their device. That leaves you with a problem, but Vivo didn’t take the route to address it that most other companies have so far.

Apple’s iPhone X and Essential’s eponymous smartphone opted for a notch. Each has a cut-out in the upper portion of the touchscreen, within which the front-facing camera resides. As a design compromise it has been the subject of no shortage of criticism – not to mention seemingly starting a trend, with a number of other Android phones shown off at MWC 2018 with notches of their own – but there’s another, more complex fix out there.

What Vivo did on the Apex concept was put the front camera in a slide-out panel. Open the app, and the camera pops out of the top of the phone. Close it, and the camera retracts cleanly away. 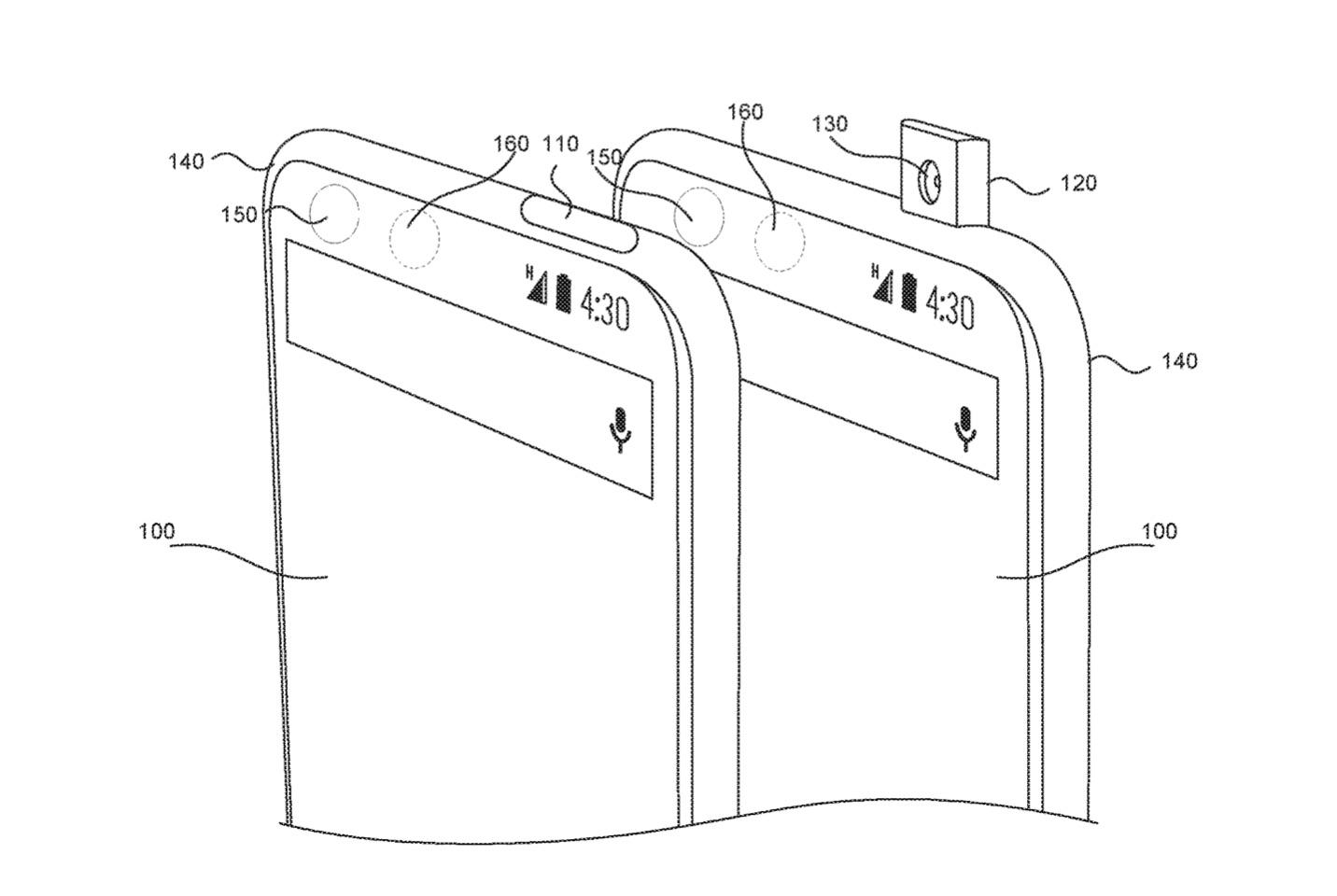 Great, only it looks like Essential already had the idea – and patented it, too. While the company may have gone the notch-route for the moment, it didn’t stop its design ideas there. According to a patent, filed in 2016 and granted last year, Andy Rubin & Co. had the same idea that Vivo has been showing off this past week, only years prior.

Just as with Vivo’s concept phone, so Essential suggests that “when the camera is inactive the camera retracts inside the mobile device, and becomes unnoticeable to the user.”

Of course, as with any patent, there’s no guarantee that just because a company files an idea with the USPTO it also plans to commercialize it. Still, we can easily imagine Essential going down this route with a future Android smartphone. Even with its teething pains, the original Essential Phone was broadly praised for its balance of display real-estate proportional to overall physical size; if it can do something similar, only without the cut-out notch of the current phone, it’s hard to imagine it choosing not to.