Among the rabble of COVID-19 panic articles in the news today, the ESA’s announcement of a set date for Mars travel almost seems like satire. The date announcement is actually a postponement of a previously announced date for the ESA’s next journey to Mars. This is the second mission window for the next launch of the ESA’s ExoMars mission, a mission that’s already in progress.

The ExoMars mission is aka Exobiology on Mars, an ESA mission made in collaboration with the Russian space agency Roscosmos. The first part of the mission was launched back in the year 2016. At that time, the Trace Gas Orbiter was successfully launched into orbit around Mars, where it remains operational to this day.

That first bit of the mission also dropped off the Schiaparelli EDM lander, meant to study Mars from its surface. Unfortunate for those involved in the mission, the lander landed on the surface of Mars a bit too hard – it crashed failed to operate after it reached the surface of the red planet.

The second bit of the mission will see a Kazachok lander deliver the Rosalind Franklin rover to the surface. The rover, aka The ExoMars Rover, will roll with a “miniature life-search laboratory kept within an ultra-clean zone.” This rover will also include a specialized drill that’ll aim to access the sub-surface of Mars. 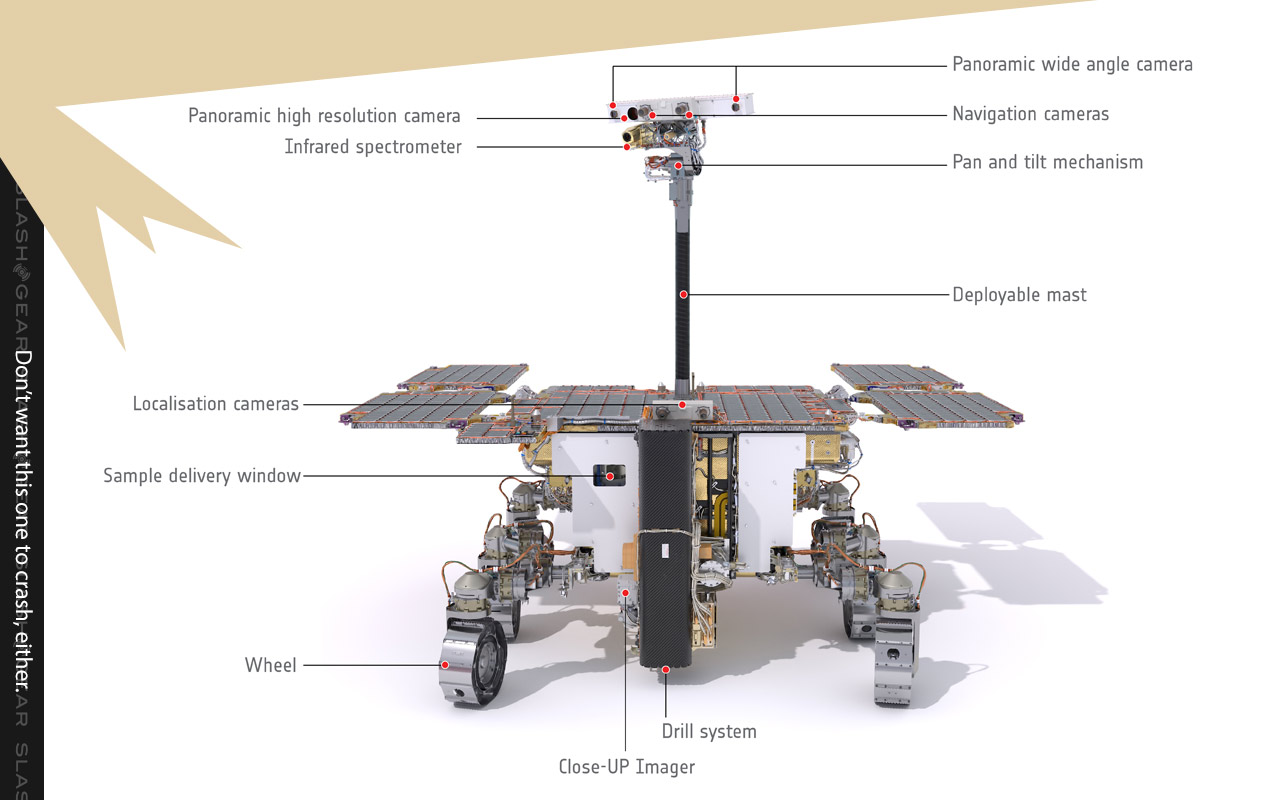 This second bit of the mission is set to take place between August and October of 2022, and the landing is expected to happen between April and July of 2023. “We have made a difficult but well-weighed decision to postpone the launch to 2022,” said Roscosmos Director General Dmitry Rogozin.

“It is driven primarily by the need to maximise the robustness of all ExoMars systems as well as force majeure circumstances related to exacerbation of the epidemiological situation in Europe which left our experts practically no possibility to proceed with travels to partner industries,” said Rogozin.

“I am confident that the steps that we and our European colleagues are taking to ensure mission success will be justified and will unquestionably bring solely positive results for the mission implementation.”