Tesla’s Model S and Model X redesign may have thoroughly revamped the electric cars’ high-tech cabins, but it’s how Elon Musk is upending familiar driving controls that may prove most controversial. Unveiled on Wednesday as Tesla announced its latest financial results, the new Model S sedan and Model X SUV both add high-performance “Plaid” models to their line-ups, as well as longer range options that eventually could offer over 520 miles of driving.

While the speed is certainly impressive – with the Tesla Model S Plaid expected to do 0-60 mph in under 2.0 seconds, vanquishing most gas-powered exotics in the process, and heading northwards of 200 mph – it’s the cabin changes which are most eye-catching. As the oldest models in Tesla’s current line-up, the Model S and Model X interiors were starting to look a little fussy and dated compared to the cleaner, more minimalistic lines of the Model 3 and Model Y. 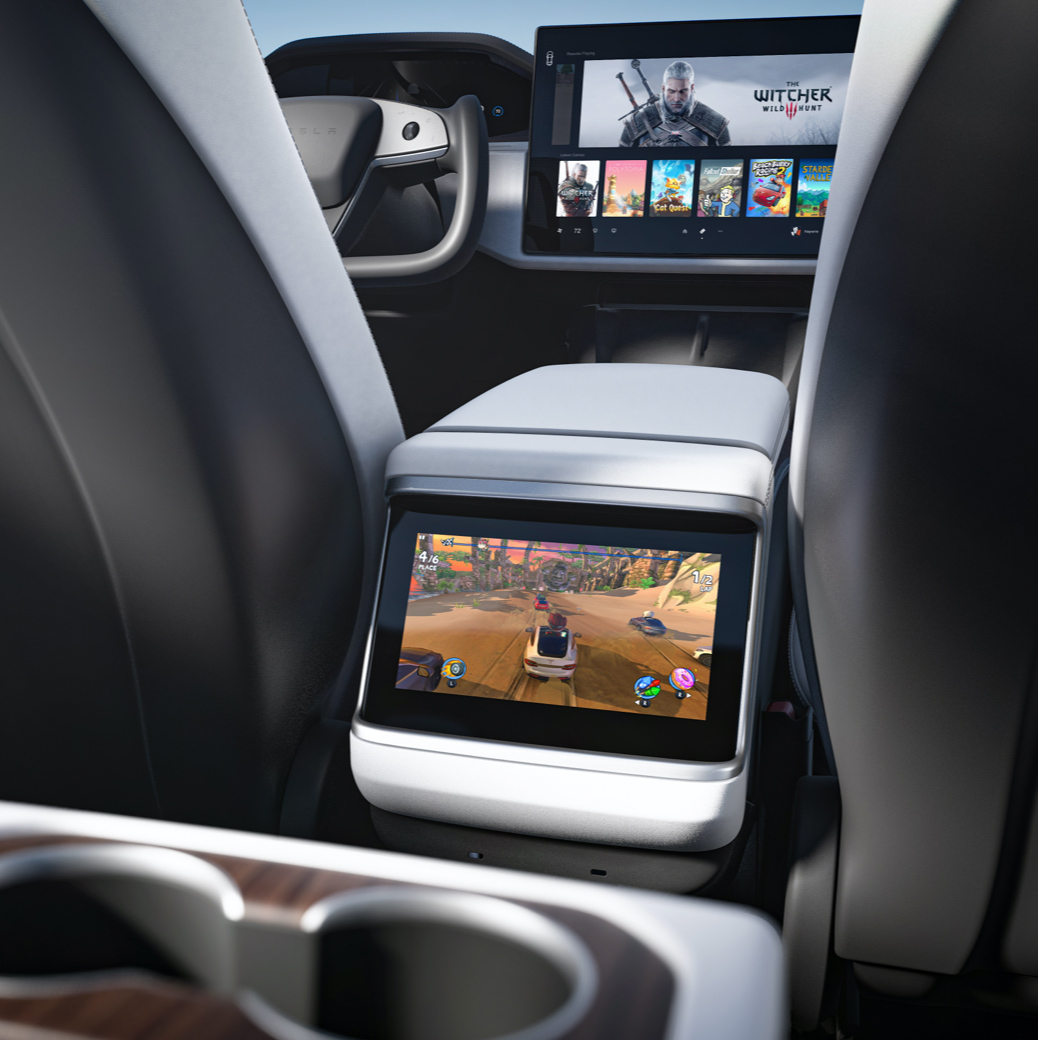 That aesthetic has been brought over now, including rotating the 17-inch center touchscreen to landscape orientation, and adding a new, rear passenger display in the rear. There’s also Tesla’s touchscreen-controlled vents, together with a significant processor upgrade that should allow the car to run AAA video games among other things: according to Tesla CEO Elon Musk, it’s capable of running Cyberpunk 2077, in fact. 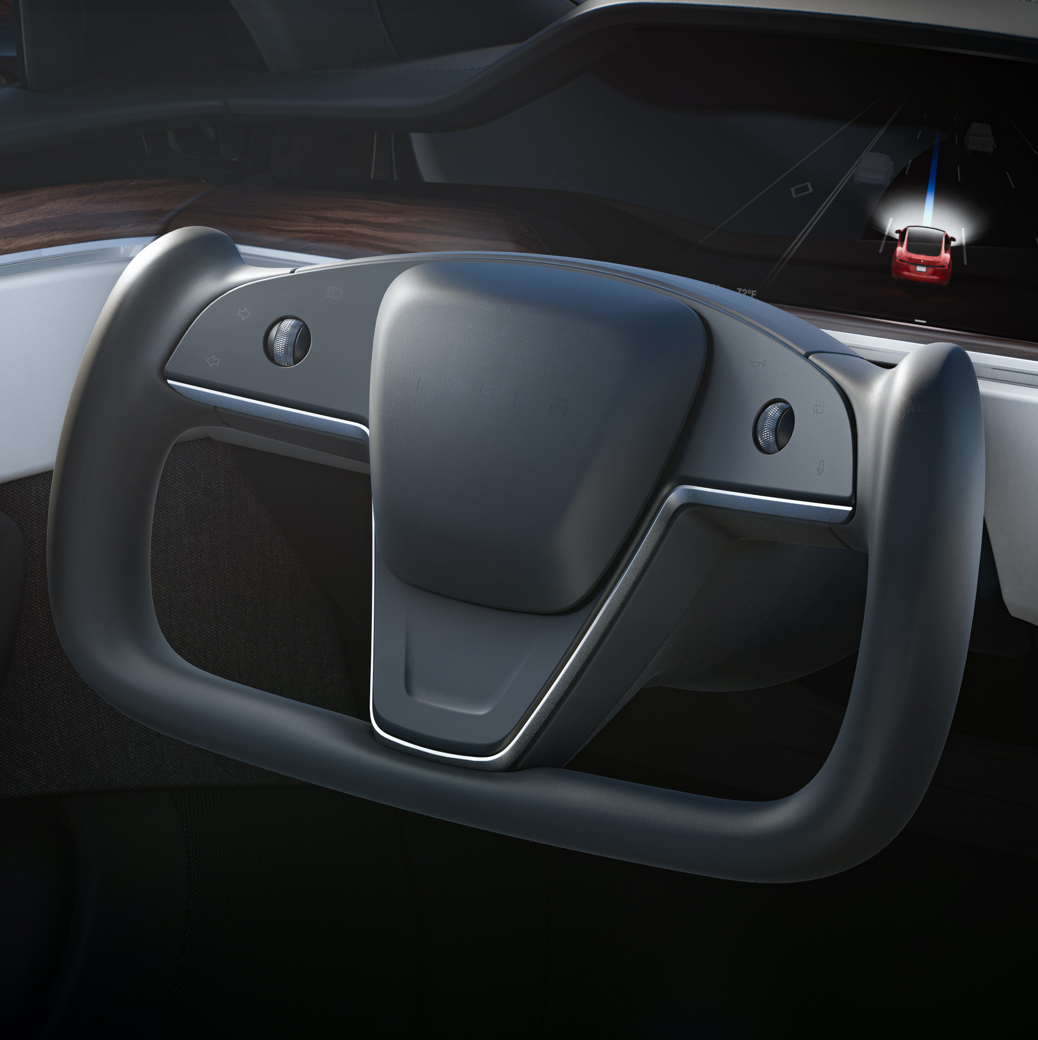 Gone, though, is the circular steering wheel. In its place is a cut-back version, which Tesla is calling the “yoke” and which more resembles something you’d find in a plane than a car. It’s probably the most divisive new styling feature, particularly as it also includes some of the vehicle’s primary controls.

Touch-sensitive buttons on the left side handle the indicators, rather than using a traditional stalk. Other similar buttons handle the lights, trigger the voice recognition, and control multimedia. Two scroll wheels can navigate through the dedicated 12.3-inch driver display behind the wheel. 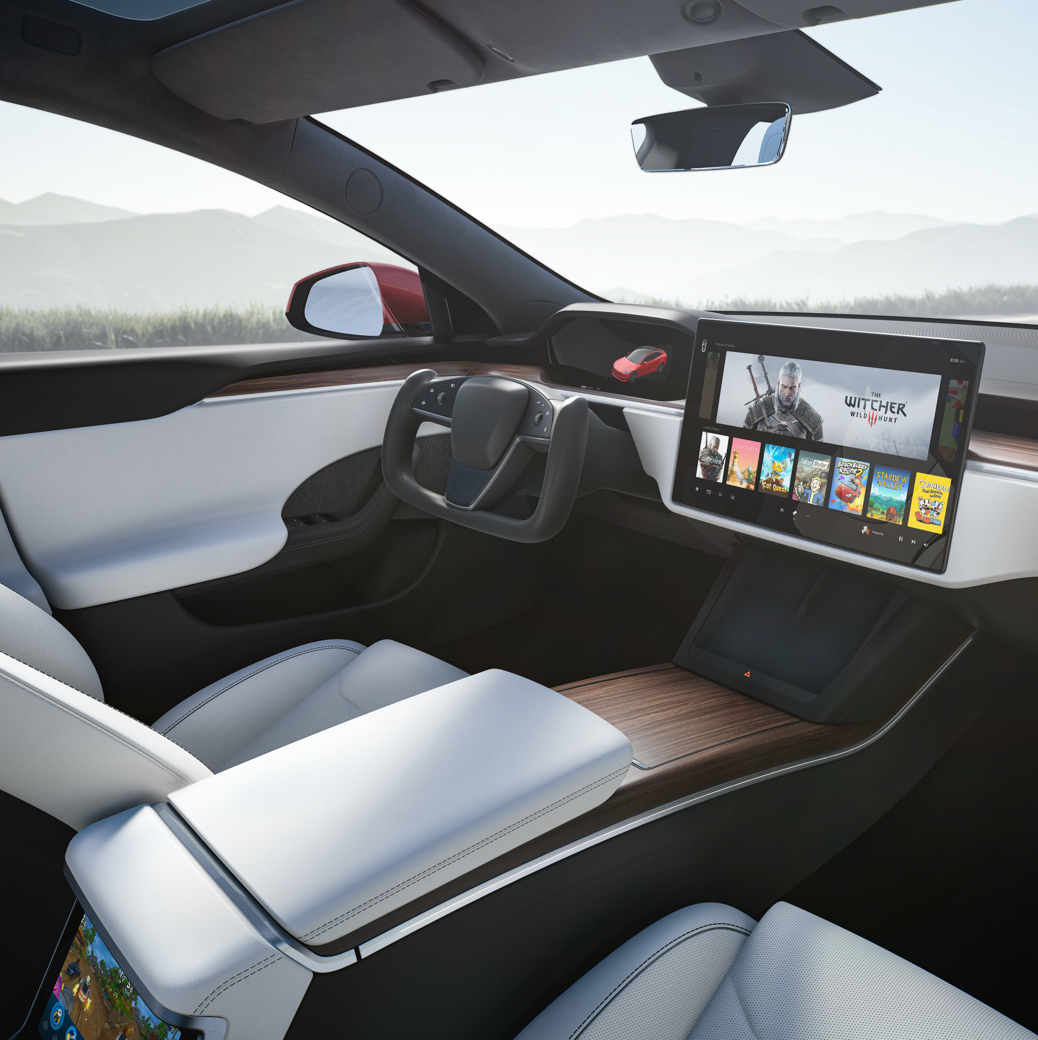 Gone, too, is the drive selector. In fact, Elon Musk has confirmed, the traditional PRNDL control is absent altogether, at least in physical form. Instead, he says, the Model S and Model X will figure out what direction you want to go in.

“No more stalks,” Musk confirmed on Twitter. “Car guesses drive direction based on what obstacles it sees, context & nav map. You can override on touchscreen.”

No more stalks. Car guesses drive direction based on what obstacles it sees, context & nav map. You can override on touchscreen.

It’s an ambitious move, certainly, though one which Musk seems to think drivers will quickly come to appreciate. “After you drive without using a PRND stalk/stick for a few days,” he added, “it gets very annoying to go back & use a shifter!”

Certainly, Tesla owners have typically been quick to adapt to some of the automaker’s more unusual changes. Nonetheless the absence of such a familiar control – and the reliance on the car intuiting just what you intend – seems like it could also come with challenges of its own. Deliveries of the new Model S are expected to begin from March, with Tesla ramping up production this quarter.