Elon Musk is Easily the Most Fascinating Person in Tech

I’m often asked who I think could be the biggest game-changer in the world of technology in the next decade. Often, people share their opinions on the matter, saying that it’ll be Apple or Google or even Microsoft. They argue that companies – not individuals – will ultimately be the change agents going forward. While I can certainly agree that major companies will likely play a major role in industry growth, I see things a much different way. I still believe that individuals can change the world in dramatic fashion, and the person who has the highest likelihood of doing that right now is Tesla and SpaceX founder Elon Musk.

For those who don’t know much about Musk, he’s a bit of a Silicon Valley all-star.

He was a co-founder at PayPal and played a crucial role in that company’s success. Soon after he cashed out, Musk started Tesla to create a world of electric vehicles and SpaceX to create a new option for space travel.

While his ideas were initially brushed off as nonsense by those who didn’t know him, he’s since been vindicated and now stands as one of the most important technology moguls in the industry.

But I think there’s more to Musk than just his acheivements. He’s inarguably the most fascinating person in tech and the person that has the best chance of dramatically improving our chances of major innovation in the coming years.

Let’s start with Tesla. We can all agree that gasoline- and diesel-based vehicles just won’t work over the long haul. The environmental impact is too great, prices are too high, and a growing number of Millennials want alternatives. Musk provides that opportunity and has sparked greater interest in electric cars from the world’s largest automakers, including Toyota, Chevrolet, and even Mercedes-Benz. 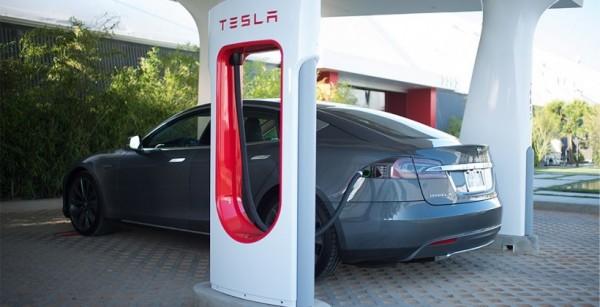 What’s more, Tesla might soon be a company that goes beyond cars. Musk has said that he envisions a day when Tesla could power a home with batteries. At first, the option would likely be limited to a few rooms, but over time, there is a sense that Tesla could provide battery packs that power our entire homes. Wow.

And then, of course, there’s space exploration. For those of us who see the value in NASA and the great work it does, its continued funding cuts and the general lack of interest politicians have in the agency is sickening. But SpaceX could play a crucial role in changing that.

While the company can’t force interest in space, it can help NASA achieve missions that it can’t complete on its own. With a strong relationship with NASA, SpaceX could also create new opportunities for space exploration and research that the US has so long forgotten.

Best of all, who knows what’s next?

And that is what Elon Musk brings to the table. Unlike so many technology leaders, he’s willing to take massive risks and be a visionary. He’s also willing to disrupt markets with entrenched companies because he feels it’s right.

Sure, he can reportedly be abrasive and set in his ways, but is that a bad thing? He’s doing things that no one else in the technology industry has been willing to do. Maybe he’s earned the right to be considered a leading player in the industry and a visionary.

Most of all, he’s earned his stripes as the most fascinating person in tech.