Elgato has launched a new Light Strip of color-changing LEDs, along with a set of acoustic panels intent to help streamers cut echo and make their home studios look more enticing. The Elgato Light Strip may not have a clever name, but it does pack 108 RGBWW LEDs along its 79 inch length.

Those LEDs aren’t just the usual red, green, and blue ones that most light strips have, but instead Elgato throw in dedicated warm and cold white LEDs too. That makes for a broader color and temperature range than rivals, the company says. 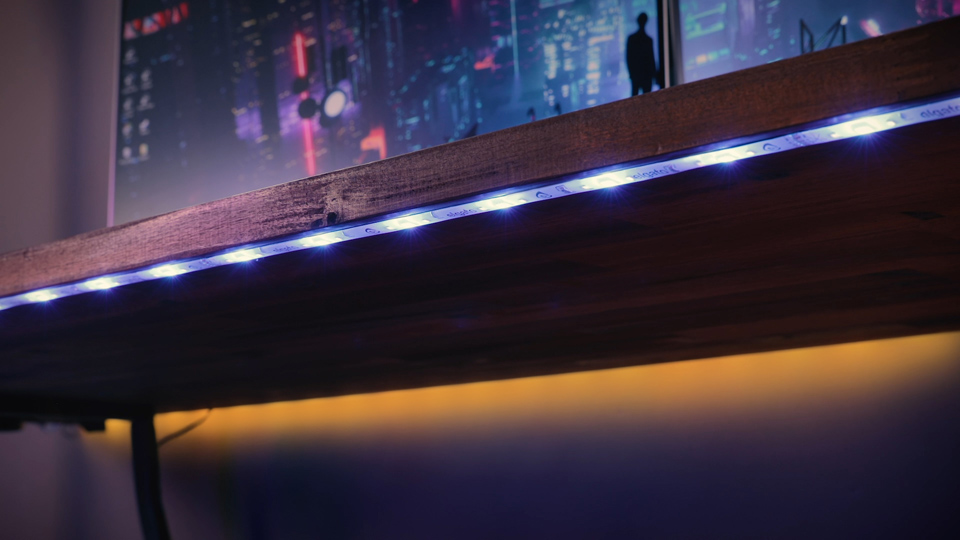 In fact, it’ll run from 3,500 to 6,500 K, depending on whether you want a cool white or a much warmer version. There’s support for up to 16 million colors, and up to 2,000 lumens of brightness. That can, of course, be adjusted within the app – available for Windows, Mac, iOS, and Android – which connects to the Light Strip controller via WiFi b/g/n (2.4GHz). 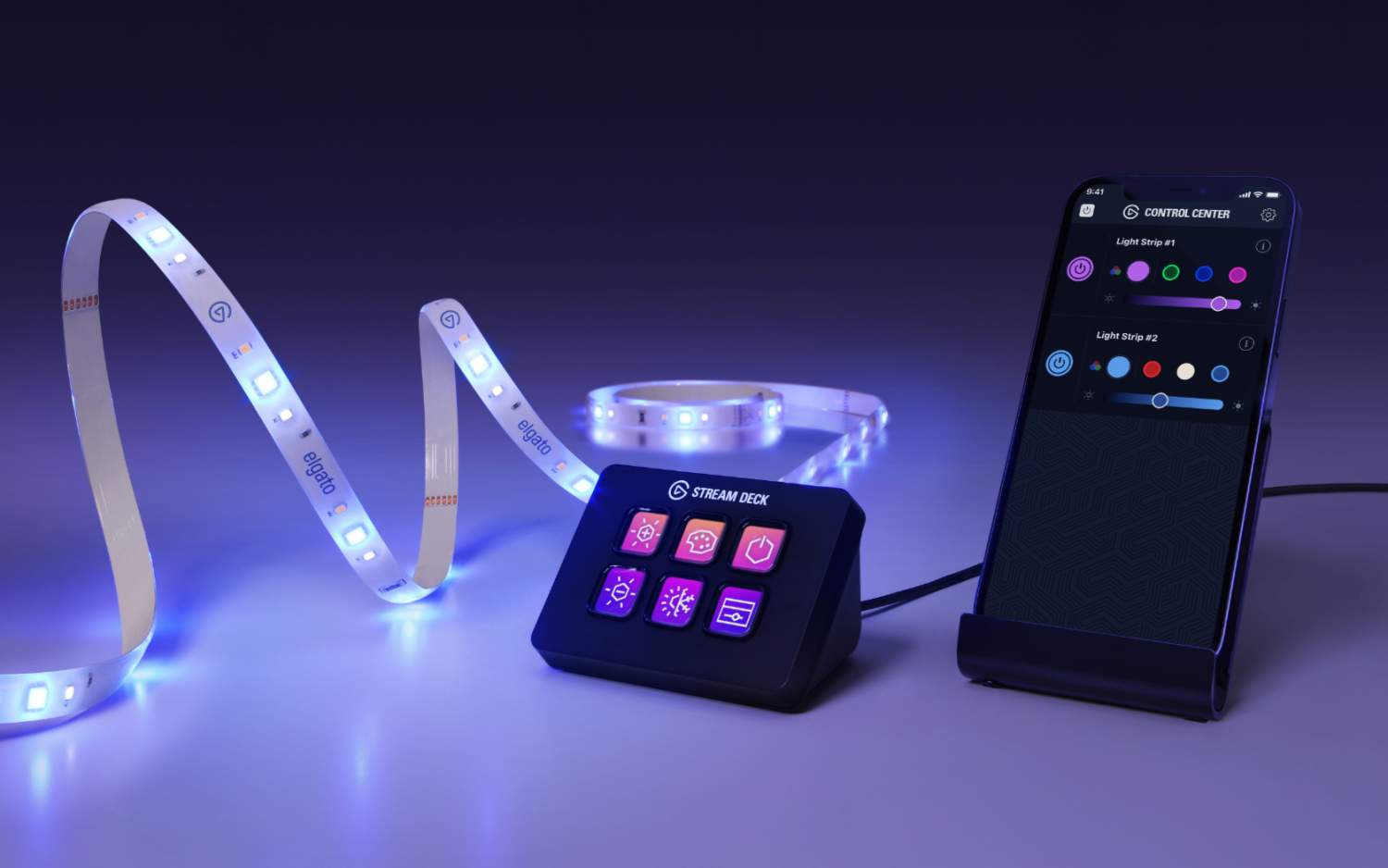 You can also use Elgato’s Stream Deck, if you have one, to instantly switch between color scenes and link the Light Strip to audio and video effects. The strip itself is flexible and designed to support cutting – though you can’t reuse the section you trim off – and it has a self-adhesive background so you can stick it to the edge of a desk or around your monitor. 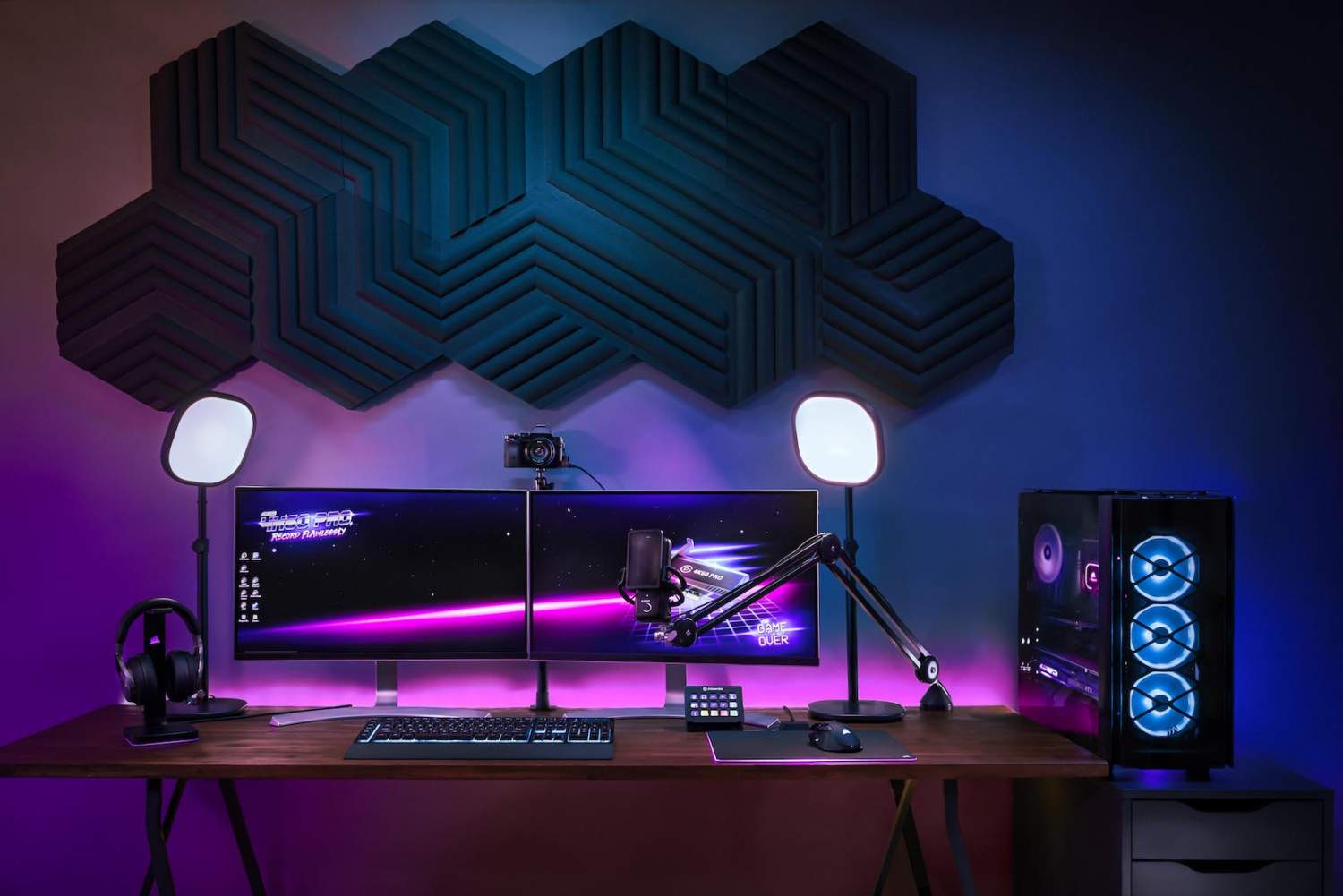 As for the Elgato Wave Panels, they’re designed to help acoustically treat a room without leaving it looking as though you’ve glued old egg cartons to the walls. The dual-density foam hexagons use a snap-together system to build a wall shape out of multiple units. They’re light enough, Elgato says, that the included adhesive strips can be sufficient to hold them up, or just one or two screws for more elaborate constructions.

Each panel uses low-density ripple foam to damp the high-end frequencies, sandwiched on top of high-density fiber that takes care of the lows and miss. A concealed air pocket adds sound trapping to avoid noise moving between rooms. The result, Elgato promises, is more airy vocals and crisper music. 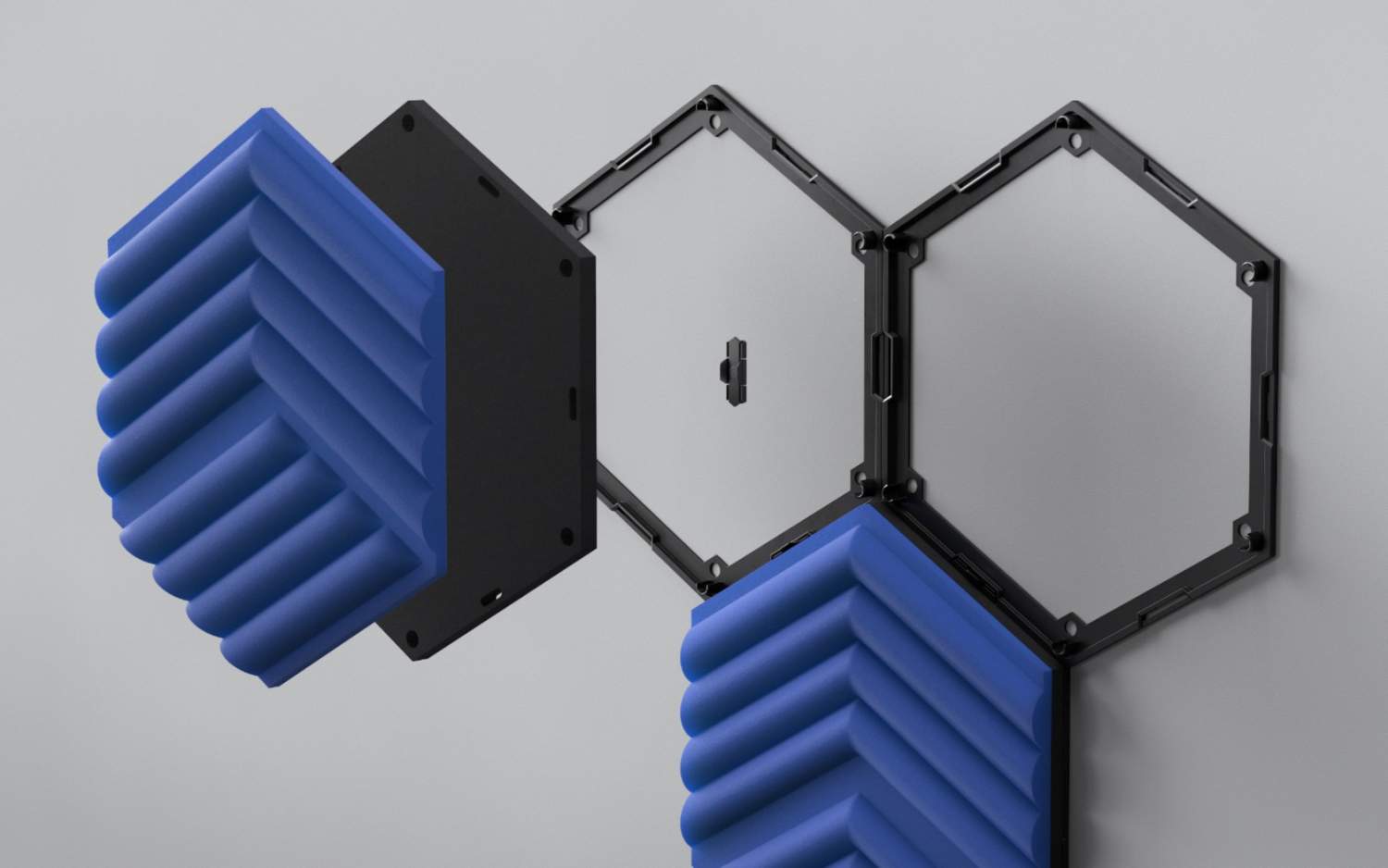 A starter set will consist of six Wave Panels – three of each design – along with six frames and ten EasyClick connectors to link them together. There’ll also be screws & anchors, and adhesive strips, for mounting. Each panel covers 1.2 square foot of wall, and weighs 1.8 ounces. 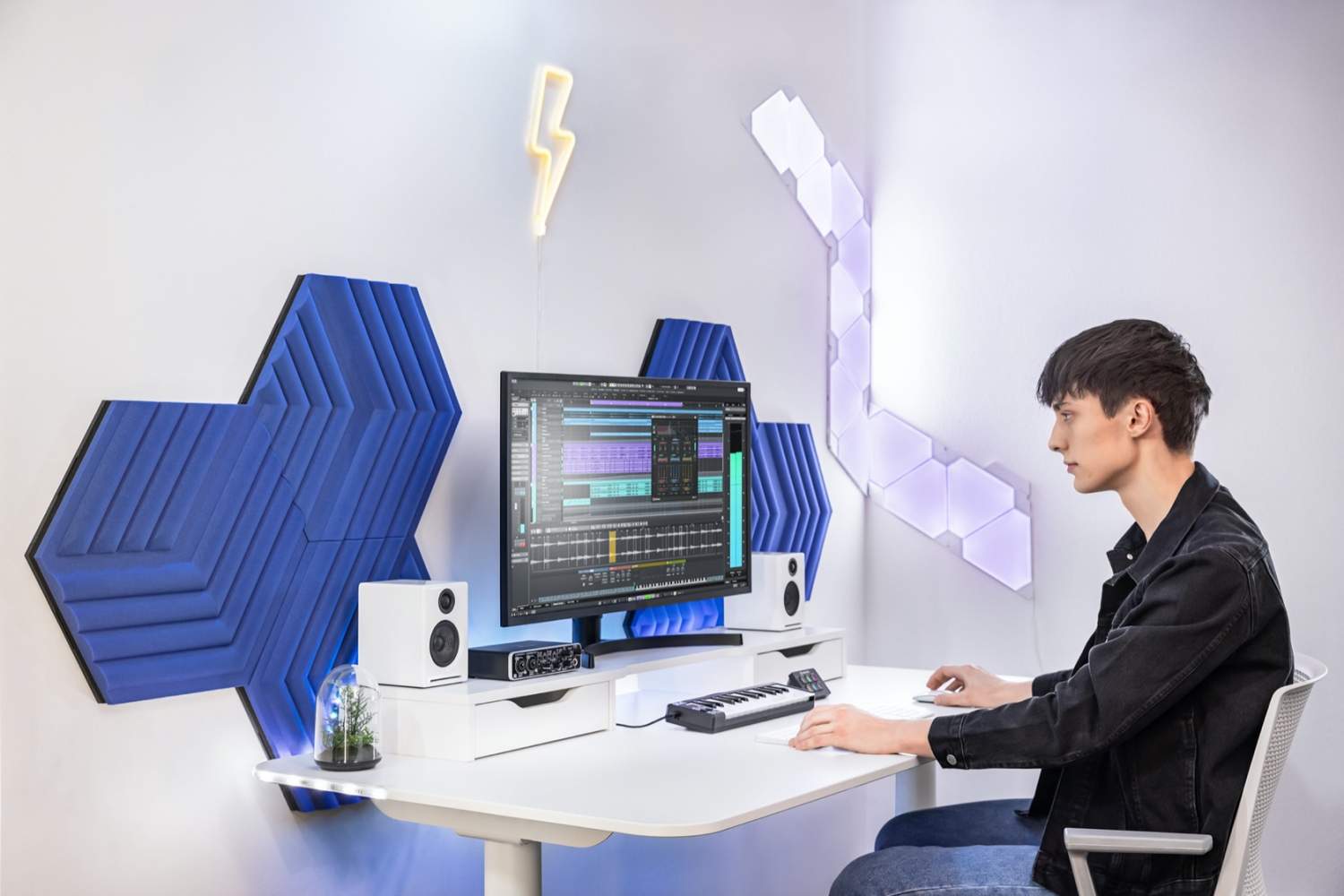