Star Wars. It’s a popular franchise, incase you didn’t know, adored by millions of fans around the world. Among those fans are a large number of people who also love video games, and the Star Wars Battlefront game series has a special place in their heart. That’s why the new, upcoming Star Wars Battlefront from publisher EA has stirred up controversy among some loyal fans, who argue the new game is sorely lacking features the last entry, released in 2005, had. That why the infamous trolls at imageboard site 4chan have taken to domain squatting to show EA what’s what.

At some point, one of the anonymous posters from 4chan was able to register the domains EAStarWars.com and EAStarWarsBattlefront.com long before EA noticed. Now, the official website that EA uses for the new Battlefront game is starwars.ea.com, so that’s not too damaging. But where the trolls did win is in the fact that the official Twitter handle for the game is @EAStarWars.

The imposter websites themselves are your standard troll fare. EAStarWars.com features bold text at the top declaring “Battlefront has been cancelled” (this is false, the game is on track to be released this November. Underneath is a crudely made chart that lists all the features the 2005 Battlefront had, impressive for the time, yet are missing from the new game. 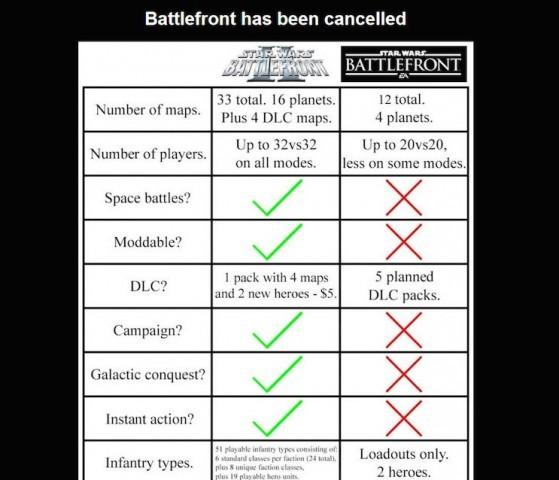 Following that is a tribute to the “Victims of EA,” or various developers that have been bought by the mega-publisher over the years and seen their games’ quality drop. The crowning touch is that music titled “Come, Sweet Death” from the anime series Evangelion plays in the background. 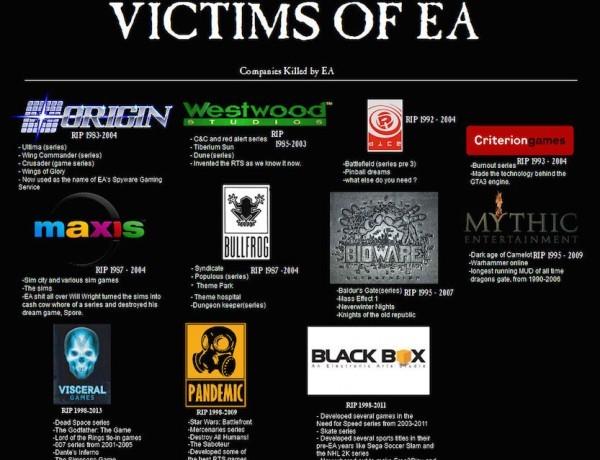 EAStarWarsBattlefront.com has all of the same information, along with a skull playing a trumpet. On 4chan, the anonymous user supposedly behind the websites wrote that they hope to “extort EA into eventually forking over some money” for the domain names.

Yeah, good luck with that, troll. Oh, and about that feature comparison chart? Did it ever occur to you that a game of this scale, being developed with today’s technology, is much more difficult and expensive than it was in 2005? Developing one or two of the maps from the new game probably took up more resources and man-hours than all of those made 10 years ago.